April Henry, author of THE LONELY DEAD, on being tenacious

We're excited to have April Henry stop by to share more about her latest novel, THE LONELY DEAD.

April, what's your writing ritual like? Do you listen to music? Work at home or at a coffee shop or the library, etc? What gets you into the mood to write? 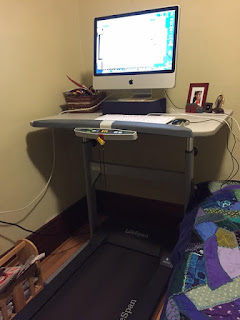 I write on a Lifespan Treadmill desk. It’s a desk with a treadmill underneath. The treadmill is specially geared to work well at a walking pace. I used to write books in a coffee shop and nearly every day I had one or two of these cute little cookies they offered. The treadmill desk is much better for my health.

Be tenacious. I have seen better writers than me give up because they got a few rejections. I never gave up, even despite getting over a hundred rejections before I found an agent, and many more before I got my first contract. The Lonely Dead is my 23rd book. 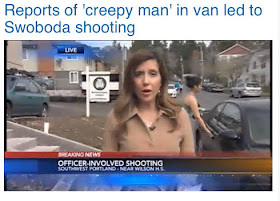 I just finished a big revision of The White Van, which comes out in about a year. It was inspired by a real kidnapper who was stalking girls in my neighborhood. And this week I’m going to start working on the book after that, which is called Playing with Fire, and was inspired by a real group of people who were trapped in Oregon’s 2017 Eagle Creek Fire. 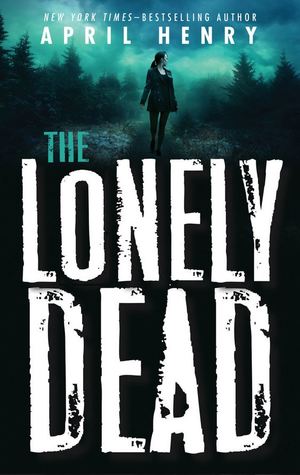 For Adele, the dead aren’t really dead. She can see them and even talk to them. But she’s spent years denying her gift. When she encounters her ex best friend Tori in a shallow grave in the woods and realizes that Tori is actually dead -- that gift turns into a curse. Without an alibi, Adele becomes the prime suspect in Tori’s murder. She must work with Tori’s ghost to find the real killer. But what if the killer finds Adele first? New York Times-bestselling author April Henry knows how to kill you in a two-dozen different ways. She makes up for a peaceful childhood in an intact home by killing off fictional characters. There was one detour on April's path to destruction: when she was 12 she sent a short story about a six-foot tall frog who loved peanut butter to noted children's author Roald Dahl. He liked it so much he showed it to his editor, who asked if she could publish it in an international children's magazine. By the time she was in her 30s, April had started writing about hit men, kidnappers, and drug dealers. She has published 21 mysteries and thrillers for teens and adults, with more to come. She is known for meticulously researching her novels to get the details right.

Have you had a chance to read THE LONELY DEAD yet? Have you tried writing while walking? Are you inspired by news stories? Share your thoughts about the interview in the comments!