Erin Jade Lange, author of THE CHAOS OF NOW, on writing for the joy of it

We're thrilled to have Erin Jade Lange with us to chat about her latest novel, THE CHAOS OF NOW.

Erin, what scene was really hard for you to write and why, and is that the one of which you are most proud? Or is there another scene you particularly love?

It’s tricky to answer this without spoilers, but there is a scene in which the main character, Eli, does something pretty despicable to a female classmate without her knowledge. It’s unforgivable, honestly. It was a challenge to write that scene in a way that makes Eli still relatable/likable without excusing his actions.

There is also a climactic scene in a theater was hard to write because it involved a lot of blocking and set pieces (literally!), so it took some technical work to get all the right description in place without losing pace and tension. I am proud of that scene, but I suppose it’s up to readers whether it’s a success!

What do you hope readers will take away from THE CHAOS OF NOW?

I always just aim to tell a good story, but, similar to my first book BUTTER, if readers walk away from THE CHAOS OF NOW with a little more empathy for others and the feeling that bystanders are nearly as bad as bullies… I wouldn’t mind that at all.

Write for the JOY of it. Publishing is a dream come true, but before you can write for others, you first have to write for yourself. If we, as writers, don’t enjoy or appreciate our own art, how can we ask others to do so?

Plus, as a mom of twin toddlers and someone with a very demanding career outside of publishing, I personally find that writing means making some serious sacrifices, so it better be something that gives me joy!

I am working on a project I started several years ago that is a little out of my lane. It may be something that never gets published and is only for me, but it’s the book that won’t leave me alone. I think it’s good for writers to avoid getting boxed into one style, one genre, and I’ve learned that magic can happen if I tune out the latest fads and just listen to my inner author voice. That’s when I find the JOY. 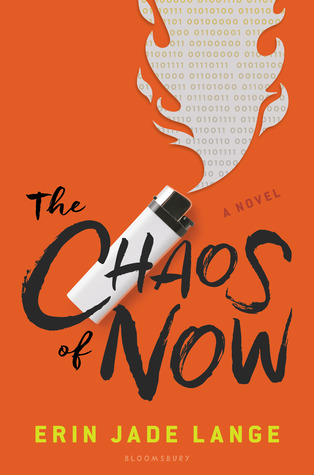 Eli is coasting through high school, spending most of his time writing code. Each day is as boring as the next--until he receives a cryptic message in binary code, leading him to Seth and Mouse. They're seeking a third member for a prestigious hacking competition, after their teammate and friend Jordan committed suicide last year. Intrigued by the challenge, Eli agrees.

But soon it becomes clear that Seth and Mouse are after more than winning a competition--they're seeking revenge for the abuse that caused Jordan's suicide. Eli is in way over his head, but he's also hiding a dangerous secret that could lead to even more trouble if he isn't careful. In a story about the shift of power from those who rule at school to those who rule online, the difference between bully and victim is blurred and Eli--whose coding skilled have taught him to make order out of chaos--will find the real world is much harder to control. 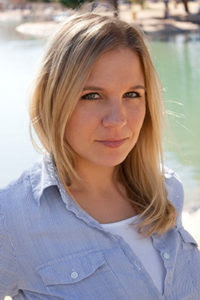 She is the winner of the Friedolin Youth Book Prize in Germany and the Sakura Medal in Japan. She has also been nominated for the Waterstones Children’s Book Prize (twice), the German Children’s Literature Award and multiple state book awards. Her debut novel was a 2013 Teens’ Top Ten Pick, and her books have appeared on several state reading lists. As a former journalist, Erin is inspired by current events and real-world issues and uses her writing to explore how those issues impact teenagers.

She is an only child, so she spent a lot of time entertaining herself as a kid. This required her to rely heavily on her own imagination, which is probably why she became a writer.

Erin grew up in the cornfields of northern Illinois, along the Mississippi River in one of the few places it flows east to west. She now lives in the sunshine of Arizona and will forever be torn between her love of rivers and her love of the desert.

Have you had a chance to read THE CHAOS OF NOW yet? Are you writing for yourself? Do you listen to your inner author voice? Share your thoughts about the interview in the comments!