The Inspiration for Uncharted

I am beyond thrilled to be writing about Uncharted right here at AYAP, on my publication day! Without the love and support of the AYAP team, I wouldn’t be holding a just-published book in my hands. So THANK YOU to my dear friend, invaluable critique partner, and the immensely talented writer, Martina Boone, and everyone at AYAP for having me! 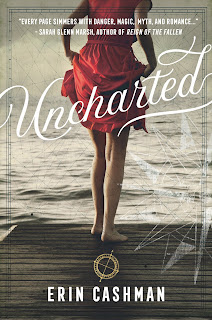 In fact, it was Martina who suggested I write a post about the mythical (or perhaps not?) island that inspired Uncharted, Hy-Brasil. As I was thinking about that, I realized that the many hours I spent researching the island, including the legends and the lore, did far more than inspire the book. In many ways, it shaped the entire story. And when I got stuck, I’d often go back to my research, and in that messy, overstuffed folder, I’d often find the inspiration I needed to continue—or sometimes even change direction.

The first kernel of an idea came to me many years ago, when I was walking along a beach with my mother, who was born and raised in Galway, Ireland. As the mist swirled across the waves, like spirits rising from the sea, my mother recounted a time when she saw an island suddenly appear through the fog off the coast of Galway. A minute later, the island simply disappeared. A fisherman told her that island was the legendary island of Hy-Brasil, visible only once every seven years, where time passed at a different rate, and people lived forever. Now, as my mother was a person who believed in Sea Maidens, Leprechauns, and Fairies, I didn’t really give it much thought, until years later, when I came upon a reference to that same mythical island. Intrigued, I started reading about Hy-Brasil, and I was surprised to find that it appeared on maps from 1325 through the mid-1800s with numerous people claiming to have gone there. 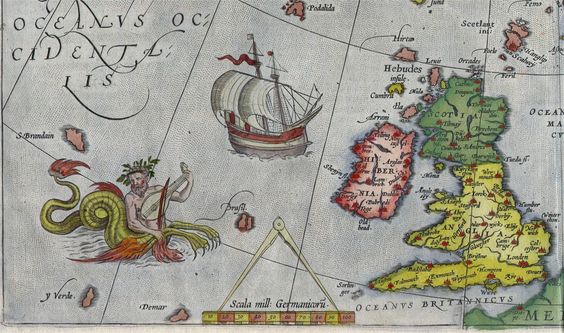 
The legends surrounding the island were fascinating as well: it was shrouded in fog, it only appeared once every seven years, the roads were paved with gold, the Fountain of Youth was located on the island, it was home to an advanced civilization, and it was an earthly paradise. In 2016, there was an exhibit on the island in the Norman B. Leventhal Map & Education Center at the Boston Public Library, Hy-Brasil: Mapping a Mythical Island, that I couldn’t resist going to, and I was fascinated to see the old maps!

The more I researched, the more the story took shape. I kept thinking—what if the island wasn't mythical at all, what if it was real? Undoubtedly, some people who visited the island would want to benefit from it, perhaps to save a loved one, or perhaps for less altruistic reasons, such as greed. The island’s inhabitants would undoubtedly want to protect their home. That conflict actually inspired the tag line: A Secret Worth Dying For Is Also Worth Killing For.

Throughout the process of writing and editing Uncharted, I referred to my research, and did more research. I had hand-drawn maps, posters, printouts, a pinterest board (you can check that out, here!) and a large, messy, notebook. Even though Uncharted is a contemporary fantasy, I needed to create this entire other world, because the way of life on Hy-Brasil effected the plot and characters of my story.

If you need inspiration, try going back to your research, or researching something new. It will not only inspire you, but add complexity and layers to your story, helping to bring your world to life.

About Erin:
Erin Cashman writes YA fantasy. UNCHARTED is coming September 4, 2018, and THE EXCEPTIONALS, a Bank Street College of Education best book of the year, is available now. She is also the 1st 5 Pages Workshop coordinator, and a permanent mentor. She lives in Massachusetts with her husband, three kids, and an energetic rescue dog. Follow Erin on Twitter, Instagram, Facebook, Pinterest, and Goodreads, and check her website