Monica Sanz, author of SEVENTH BORN, on trusting the story and yourself

We're delighted to have Monica Sanz with us to share more about her novel, SEVENTH BORN.

Monica, what was your inspiration for writing SEVENTH BORN?

Stories usually come to me out of the blue. SEVENTH BORN however came together in my head after I saw a portrait of a girl. She had this defiant and rebellious look about her, and I knew instantly that was Seraphina. The picture kept nagging at me and I needed to know why this girl who was so proud was gazing down as though she were forced to. In digging deeper into her character and questioning the picture, everything started to come together. She was indeed strong and defiant and proud but was an outcast and discriminated against immensely. Her strength spoke to me. Even though she existed in this world where she was ostracized because of something she had no control over, she radiated confidence and grit and I knew I had to write about her.

One of the hardest scenes to write for me and one that I still get choked up reading is after a small argument between Sera and Barrington, he walks away from her and she internally asks him to look at her so she’ll know their partnership is not over. It’s a small moment, but for someone like Sera who has such a hard time letting people in, this measure of vulnerability is huge. Barrington is one of the few people who actually sees her for who she is, not what she is (a seventh born) so for her to lose the one person who has given her a chance to prove herself and who has thawed her heart was something that resonated and one of the scenes where I felt Sera the most.

How long did you work on SEVENTH BORN?

I worked on SEVENTH BORN for about two years. I was posting it on Wattpad weekly as I was writing it, so it took a little longer. I loved posting it though because of the immediate feedback on the chapters, and the comments were something I took into consideration when I decided to edit and try to get SEVENTH BORN published. It’s also what made me think I could actually get it published in the first place! My readers were so enthusiastic and fell in love with Sera and Barrington’s journey that I thought, why not?

This book taught me to trust in the story. There is a character that I had originally cut out of the book, replacing their storyline with another, but the book suffered because of it. It was someone who had been linked to my main character since the beginning, but I worried it would be too dark. Once I embraced that this story is going to be dark and this character is essential to that and to Sera’s growth, I added them back in and the book felt whole again.

What do you hope readers will take away from SEVENTH BORN?

I hope readers are able to see that as ridiculous as the prejudices are against seventh borns, these are the types of prejudices that exist in the real world every day.

My road to publication has been...interesting. I started writing seriously about eight years ago, when I joined Wattpad. Before then, I had written one full length novel that was HORRIBLE but it helped me rediscover my love of writing that had fallen to the back burner due to school and life. Since then, I’ve written ten novels, and of those only two were published, FINVARRA’S CIRCUS and THE AWKWARD LOVE SONG OF ABIGAIL ARCHER. The rest I put on Wattpad in their unedited, cringy glory. But it’s okay because those books spoke to readers who have become my core readers. I’m finally at a place where I’m a published author, but in a way, my career started long ago, seeing as a huge part of publishing is getting your work in front of people and building a relationship with your readers.

YES! And it’s something that is frustrating to hear because until I found it, I didn’t know what the heck people were talking about and that’s voice. When I started writing, I had so many ideas but they were messy and overwhelming because I didn’t feel qualified to tell those stories. But book after book, I started noticing how my characters spoke and how my stories came together, and I found a personal rhythm as to how I put them on paper. When I embraced this mix of trust— trust God (or whoever your muse is), trust your characters, trust the story, trust yourself to tell it the way it wants to be told--I found my voice.

It wasn’t an overnight process, though. I got my first taste of my “voice” with THE AWKWARD LOVE SONG OF ABIGAIL ARCHER. I wrote that book for a contest and had three months to write the entire novel. The tight deadlines didn’t allow for me to compare or worry about every sentence. All I could do was write and trust that this was the way the story wanted to be told. When I was done, something had changed. I felt...comfortable with the way the words flowed and the rhythm of the sentences. Since then, I’ve felt it easier to listen for that rhythm when a story comes and let it mold my voice to a beat and timing that will effectively get the story across.

My writing process is messy and changes with every story. Sometimes a story will linger in the fringes of my mind and I’ll mull over the tiny snippets of scenes that I see. Other stories arrive, fully formed and ready to be written. SEVENTH BORN was one of those stories. When I’m ready to write, I create a playlist for the story with songs that fit the mood of what the book feels like. I add songs as I write, but this initial playlist is more to center me before I start writing. Then I write. I don’t plot yet. The first draft is literally a fast draft full of holes and “add more here” until I reach the end. Once the bones of the story are down, I’ll do an outline so that I can see what the story is really about and what are the important bits. This is also where I fully analyze the characters to make sure their personalities are fleshed out. I write at home, mainly at night when everyone goes to sleep because it’s really hard to write while constantly being pulled out of a scene.

I’m working on Book 2 in the Witchling Academy series and a paranormal romance called PHOENIX RISING about a girl who discovers her dead best friend is a phoenix and must rescue his stolen ashes before they’re used to evoke a demon that will destroy her. I’m in love with both of them and can’t wait to share them! 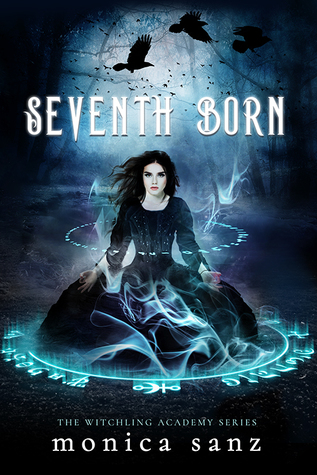 Abomination. Curse. Murderer. All names hurled at eighteen-year-old Seraphina Dovetail. As the seventh-born daughter to a witch, she’s the cause of her mother losing her powers and, in turn, her life.

Abandoned as a child, Sera dreams of becoming an inspector and finding her family. To do that, she must be referred into the Advanced Studies Program at the Aetherium’s Witchling Academy. Her birth order, quick temper, and tendency to set things on fire, however, have left her an outcast with failing marks…and just what Professor Nikolai Barrington is looking for.

The tall, brooding, yet exceedingly handsome young professor makes her a proposition: become his assistant and he’ll give her the referral she needs. Sera is quickly thrust into a world where witches are being kidnapped, bodies are raised from the dead, and someone is burning seventhborns alive. As Sera and Barrington grow ever closer, she’ll discover that some secrets are best left buried…and fire isn’t the only thing that makes a witch burn. 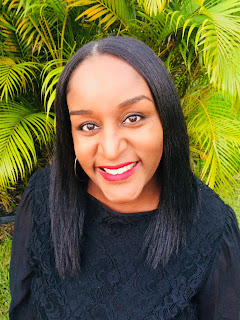 Monica Sanz has been writing from the moment she could string together a sentence. Her stories have come a long way from mysterious portals opening in the school cafeteria, transporting classmates to distant worlds. A classic by the name Wuthering Heights is responsible for that. She's been lost to dark romances and brooding fictional men ever since. Now she writes about grumpy professors, cursed ringmaster, tortured soul collectors, and the girls they fall in love with.

Monica’s books have received many accolades on the social writing website Wattpad. She’s accumulated over six million reads, eighty thousand votes, and fifteen thousand comments since posting her books on the website. She is also a member of the Wattpad4, a group of writers who host weekly Twitter chats on the subjects of writing and publishing.

When not lost in one of her made-up worlds, she can be found on the sunny beaches of South Florida where she resides with her husband and their three children or scouring YouTube for new bands to feed her music addiction.

Have you had a chance to read SEVENTH BORN yet? Have you put any of your stories on Wattpad? Are you writing what you want? Share your thoughts about the interview in the comments!