Gretchen McNeil, author of #MURDERTRENDING, on channeling her angst into this book

We're delighted to have Gretchen McNeil swing by to chat about her latest novel, #MURDERTRENDING.

Gretchen, what was your inspiration for writing #MURDERTRENDING?

It all started with a discussion of horror and comedy, and why I love them together. That discussion included references to films like Scream as well as the magic that was Fox’s series Scream Queens. The question was posted: “What about a YA novel with Scream Queens levels of gore and camp?” My husband and I had recently rewatched the 1987 camp and gore (and Schwarzenegger) classic The Running Man which is very, very loosely based on a Stephen King novel of the same name, and suddenly, I had a book idea.

How long did you work on #MURDERTRENDING?

I sold this book on proposal (basically, a synopsis on two chapters) on Halloween 2016 – one week before the 2016 Presidential election – and delivered the first draft of the manuscript on February 1, 2017. It was a turbulent time, and I channeled all of my angst into this book.

What do you hope readers will take away from #MURDERTRENDING?

I want readers to laugh at the jokes and shake their heads at the over-the-top depiction of our world, but then I want them to wonder: How far away from this reality are we?

I’m currently finishing up revisions on #MurderFunding, the sequel to #MurderTrending, due out in August 2019. If the first book could be called “crazy,” the second book dials that insanity up to eleven. And I can’t wait for people to read it.

@doctorfusionbebop: Some 17 y. o. chick named Dee Guerrera was just sent to Alcatraz 2.0 for killing her stepsister. So, how long do you think she'll last?

@morrisdavis72195: I hope she meets justice! She'll get what's coming to her! BWAHAHA!

@EltonJohnForevzz: Me? I think Dee's innocent. And I hope she can survive.

WELCOME TO THE NEAR FUTURE, where good and honest citizens can enjoy watching the executions of society's most infamous convicted felons, streaming live on The Postman app from the suburbanized prison island Alcatraz 2.0.

When seventeen-year-old Dee Guerrera wakes up in a haze, lying on the ground of a dimly lit warehouse, she realizes she's about to be the next victim of the app. Knowing hardened criminals are getting a taste of their own medicine in this place is one thing, but Dee refuses to roll over and die for a heinous crime she didn't commit. Can Dee and her newly formed posse, the Death Row Breakfast Club, prove she's innocent before she ends up wrongfully murdered for the world to see? Or will The Postman's cast of executioners kill them off one by one? 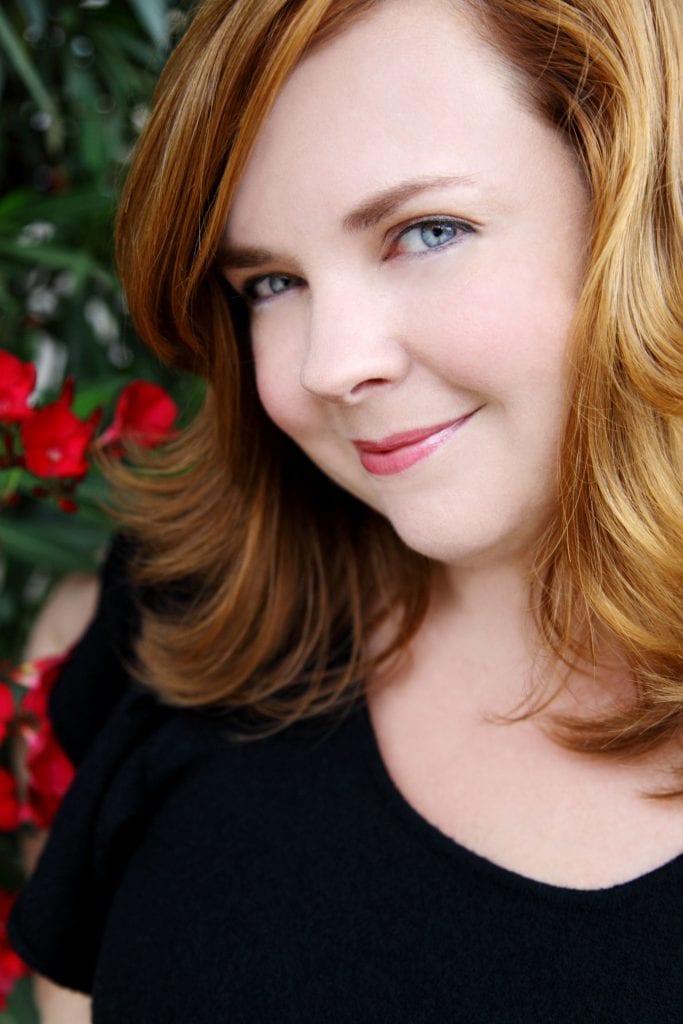 Gretchen McNeil is the author of the YA horror/suspense novels POSSESS, 3:59, RELIC, GET EVEN, GET DIRTY, and TEN (a YALSA Top Ten Quick Pick for Reluctant Young Adult Readers, a Romantic Times Top Pick, and a Booklist Top Ten Horror Fiction for Youth) all with Balzer + Bray for HarperCollins. Gretchen’s first YA contemporary I’M NOT YOUR MANIC PIXIE DREAM GIRL, also with Balzer + Bray, hit shelves in 2016, and her next novel will be the horror-comedy #MURDERTRENDING for Disney/Freeform in 2018.

Gretchen’s novels have been published internationally in Chinese, Spanish, Turkish, and Czech. The film adaptation of TEN starring China Anne McClain (Descendants 2, Black Lightning), Rome Flynn (The Bold and the Beautiful), and Callan McAuliffe (Flipped, I Am Number Four), directed by Chris Robert for Rain Maker Films, premieres on Lifetime on September 16, 2017.

Gretchen is repped by Ginger Clark of Curtis Brown, Ltd.

Have you had a chance to read #MURDERTRENDING yet? Have TV shows and movies inspired your story ideas? Do you channel your emotions into your writing? Share your thoughts about the interview in the comments!