WoW: Erin Cashman with How Her Mother Inspires Her Writing

Today, I am so excited to present a very special guest post by AYAP's own, Erin Cashman. Many of us spent this past Sunday celebrating Mother's Day. While some of us are in the lucky position of being able to spend the day happily brunching with mom, for others it's a day to acknowledge loss or deal with heartbreak. Here Erin has a poignant post where she discusses the loss of her mother and how their relationship influenced her storytelling in UNCHARTED. Stay tuned for more info about Erin and UNCHARTED after the post. But now, here's Erin:

How My Mother Continues to Inspire My Writing
by Erin Cashman

Mother’s Day is a bittersweet day for me because my mother passed away the day before Mother’s Day several years ago. I think about her often, but with my novel, UNCHARTED releasing in September, I’ve especially been thinking about her lately. UNCHARTED was inspired by my mother, by the stories she told me about growing up in Ireland, by her love of Irish myths and legends, and by her own battle with mental illness.

My mother was what people often called “a character.” She grew up very poor and left school after sixth grade to help her parents with her very large family (she had ten siblings). When her chores were done, she loved to spend her time on Galway Bay where she was fed a steady diet of myth and legend. Even as an adult, she believed in all of it – ghosts, premonitions, kelpies, fairies, changelings, angels, Sea Maidens, etc. My mother’s love of myth and legend has influenced much of my writing, but UNCHARTED is inspired by a particular incident she swore was real. One day when we were walking on a Cape Cod beach with the fog swirling off the water like spirits rising from the sea, she recounted a time when she saw an island suddenly appear through the fog off the coast of Galway. A minute later, it simply disappeared. A local fisherman told her that island was the legendary island of Hy-Brasil, where time passed at a different rate, and people lived forever.

Years later, after my mother had died, I was researching Irish mythology for a middle grade story I was writing, and I came upon a reference to that same mythical island. Intrigued, I started researching Hy-Brasil, and I was surprised to find that it appeared on maps from 1325 through the mid-1800s with numerous people claiming to have gone there. The legends surrounding the island were fascinating as well: it was shrouded in fog, it only appeared once every seven years, the roads were paved with gold, the Fountain of Youth was located on the island, it was home to an advanced civilization, and it was an earthly paradise. In 2016, the Boston Public Library had an exhibit on Hy-Brasil that I couldn’t resist going to see, and I was fascinated to see the old maps! (There are some map images on my UNCHARTED Pinterest board if you want to check them out! https://www.pinterest.com/erintcashman/uncharted/)

Beyond inspiring the mythology of UNCHARTED  my mother was also the inspiration for Annabeth, my main character. My mother was one of the strongest people I’ve ever known, but she was simultaneously plagued by bipolar disorder, depression, and fear. Among her phobias, she was particularly terrified of flying, which made returning home to Ireland to see her family fraught with stress and difficulty, as well as thunderstorms. Her phobias became so bad, she was hospitalized at McLean hospital. Like Annabeth, she was treated with electroconvulsive therapy. My mother was deeply grateful for the care she received at McLean but, like Annabeth, she rarely talked about her condition due to the stigma associated with mental illness.

On one of the rare occasions when my mother opened up to me about her illness, she told me that depression felt like being inside a dark tunnel, unable to see the end or the beginning, and having no idea how long the tunnel would turn out to be. I thought about that often when I was writing Annabeth, and I tried to capture both her fears and her strength. There are many different types of strength, and too often, I think, we focus on physical strength. I realized, in writing Uncharted, how strong my mother was. She refused to let her illness define her even though it was part of who she was. She had to learn to accept all of herself, all of the good traits as well as the trials and hardships of mental illness.

Annabeth has a similar struggle in UNCHARTED. Her guilt over the role she played in her mother’s death leads her down a dark tunnel of mental illness and treatment, and just as she is beginning to recover from the worst of the effects, the story forces her to plumb the depths of her physical, emotional, and mental strength and to accept her past missteps and the resulting guilt and darkness.

Inspiration surrounds us in the form of current events, history, dreams, books, television shows, songs, and everyday life, but often inspiration alone isn’t enough to create something meaningful in our writing. A song we’ve heard a thousand times might inspire us on a particular day because of a current state of mind or a recent experience of love, heartbreak, or loss. I tried to write UNCHARTED years ago but, at the time, my mother’s death was still too raw, too painful. When I was able to come back to the story recently, all of the elements came together and the story poured out. I hope I succeeded in bringing to life not only a fascinating Irish legend, but also a heroine as complex, strong, and fearless as my mother. 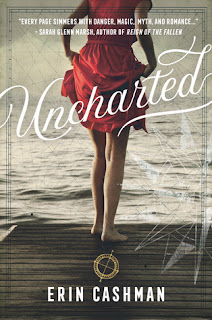 About UNCHARTED:
Seventeen-year-old Annabeth prefers the fantasy of her books and paintings to reality—because in reality, her mom is dead, and it was all her fault. When she accompanies her father to the funeral of some family friends who drowned, she’s surprised to find her grief reflected in the face of Griffin Bradford, the son of the couple who died. Griffin is nothing like the carefree boy she once knew. Now he’s irritable, removed, and he’s under police investigation for his parents’ deaths.

UNCHARTED is available September 4 - but you can preorder it now! 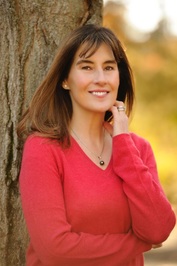 About Erin Cashman:
Erin Cashman is AYAP's 1st 5 Pages Workshop coordinator, and a permanent mentor. She lives in Massachusetts with her husband, three kids, and an energetic rescue dog. She writes YA fantasy. UNCHARTED is coming September 4, 2018, and THE EXCEPTIONALS, a Bank Street College of Education best book of the year, is available now. Follow Erin on Twitter, Instagram, Facebook, Pinterest, and Goodreads, and for more news, like an upcoming pre-order contest, check her website
Kelly deVos at 8:00 AM