Today on WoW, I'm thrilled to welcome Jennifer A. Nielsen, bestselling author of THE TRAITOR'S GAME with an inspirational post on how to keep sailing through both the calm seas and rough waves of the publishing process. Stay tuned for more about Jennifer and THE TRAITOR'S GAME after the post!

Several years ago, I took a cruise that ended up steering around hurricane waters. We were in no danger, but we certainly felt the tumultuous waves turning this enormous ship into a constant rocking chair. Only when I viewed from the deck did I see how much the ocean swells were pushing us up, then seconds later, the water would retract and carry us low. Another round of ginger pills, anyone?

Most authors understand this as an analogy to our work. We begin writing while safe in the harbor, while anything is possible for the future. But at some point, we must put ourselves out there and when we do, we become subject to whatever the journey holds.

And there is the trough: rejections, poor reviews, slow sales, or book signings attended only by your mother and a customer who took pity on you.

I’ve done both. A lot. And yes…still.

But the longer I’m in this business, the better I understand what it is to be out on the water in my little boat, constantly up then down, then up again, hoping the swells last longer than the troughs.

I’m not alone out there. Every published or aspiring author has also set sail in their little boat, each one of us working toward our goals. Up. Down. Eager for the next Up.

This isn’t the exception for a career. It’s simply normal.

Some books sell a ton of copies fast and hit the New York Times list, while over time, others may steadily sell even more copies but never hit the list.

By simple placement of subcategories, one book may become an Amazon bestseller while another with greater sales will not, regardless of how well written either book is.

One book might get a lucky boost from the current news cycle or hitting the right reading trend, or some celebrity’s kid is photographed carrying it around.

But we may not notice that same author when they hit the trough. Maybe we don’t notice because we’re busy riding the crest of a wave and we don’t have time to look around.

Sometimes, with few other concrete measures of their success, published authors hit refresh on the Amazon sales rank for their book. It changes every hour, so every hour becomes an instant snapshot of how one book is doing in comparison to every other book on the site. A good rank releases a little dopamine in the brain, a little reward. But then the author checks again and if the rank has not improved, it can be discouraging, regardless of every other good thing happening for the book. Most authors learn to manage this. The smarter ones simply avoid looking.

Authors with a particular bend toward self-flagellation will go in search of Amazon’s Author Rank. Here, the comparison is not from one book’s sales to another. It’s a ranking of the authors themselves, based on their cumulative book sales, updated hourly. I’d reveal my current rank, but what does it matter? It’s only going to change an hour from now. So what is the point?

Really, if the façade changes as quickly as the next episode of NCIS, what does it matter? Do not let comparison be the thing that sends you overboard.

More important, do not get so caught up in swells and troughs that you fail to notice your ship is sinking. When it does, it’s often for one of two reasons, both equally damaging.

The first is when water splashes into the boat and is not bailed out. A little water is fine, even normal. But too much will sink the boat. This is ego. It’s the writer who cannot take criticism or bad news, the writer who feels they are too good to be edited or that they deserve a certain recognition or treatment. Too much ego can destroy a career.

The second threat is when there’s a hole in the boat. That hole is doubt. It’s when a writer begins watching their rank (stop it!), reading their one-star reviews (Everyone gets them, no worries), or wondering why a certain goal seems forever out of their reach.

To you who are fighting a hole in your boat, I say this: You are more than a single book, or a single query letter, or review. Your worth, your talent, and your potential are not connected to your sales numbers. Measure yourself by the things that matter most, such as:

That fan who writes to say this is her favorite book and it changed her life.

The satisfaction of typing “The End” on something you have created, so unique that no one in the universe can replicate what you have done.

The reminder that we create stories, but in the larger world we are part of friends and families and communities. We have multiple talents and potential in unlimited avenues. Books are only one part of our lives—a vital part—but still only one aspect of who we are.

If you want to be the author on a boat strong enough to endure the tides, the winds and the storms, and still sail onward, then be wise. Keep your focus on your destination—whatever you define success to be. The journey isn’t easy and you will work hard to continue moving forward, but tell yourself this: Whether your route is on crests with a strong tailwind, or through troughs that you must row, just keep sailing. Great things are ahead. 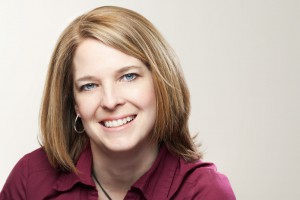 About Jennifer A. Nielsen
New York Times Bestselling author, Jennifer Nielsen, was born and raised in northern Utah, where she still lives today with her husband, three children, and a dog that won’t play fetch. She is the author of The Ascendance trilogy, beginning with THE FALSE PRINCE; the MARK OF THE THIEF series, and the forthcoming A NIGHT DIVIDED. She loves chocolate, old books, and lazy days in the mountains. 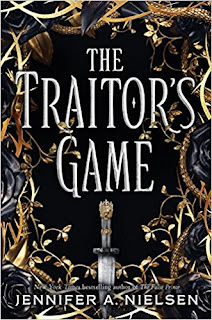 About THE TRAITOR'S GAME
Nothing is as it seems in the kingdom of Antora. Kestra Dallisor has spent three years in exile in the Lava Fields, but that won't stop her from being drawn back into her father's palace politics. He's the right hand man of the cruel king, Lord Endrick, which makes Kestra a valuable bargaining chip. A group of rebels knows this all too well -- and they snatch Kestra from her carriage as she reluctantly travels home.

The kidnappers want her to retrieve the lost Olden Blade, the only object that can destroy the immortal king, but Kestra is not the obedient captive they expected. Simon, one of her kidnappers, will have his hands full as Kestra tries to foil their plot, by force, cunning, or any means necessary. As motives shift and secrets emerge, both will have to decide what -- and who -- it is they're fighting for.
Get THE TRAITOR'S GAME now.
Kelly deVos at 2:23 PM