Happy Monday! There are only a few books releasing this week but they sound epic and we have a giveaway for two of them! Don't forget to check them all out below. 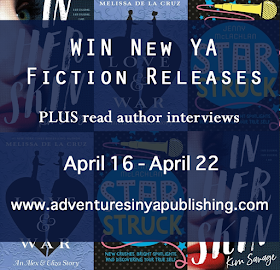 In Her Skin
by Kim Savage
U.S. & Canada Only
Hardcover Giveaway
Farrar, Straus and Giroux
Released 4/17/2018

Author Question: What is your favorite thing about In Her Skin?

Author Question: What is your favorite thing about Love & War?

My favorite thing about LOVE & WAR is how Alex and Eliza adjust to being newlyweds. A love story doesn’t end at a wedding - how do you keep love alive? In the middle of the American Revolution, and starting careers and a new country at that? I also love how brave they both are in both fronts - the battlefield and the home. They are both heroes.


Beyond a Darkened Shore by Jessica Leake: Cassandra D.
Given To The Earth by Mindy McGinnis: Emily D.
The Crooked Castle by Sarah Jean Horwitz: Linda L.
Lizzie by Dawn Ius: Branwen O. 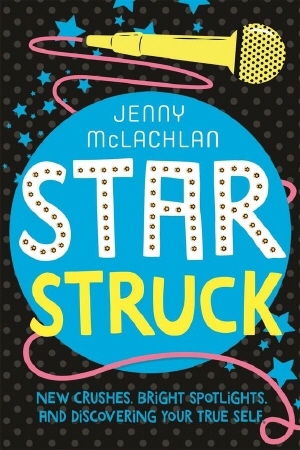 From Jenny McLachlan, the author of Sunkissed, comes Star Struck, the next Ladybirds young adult novel.

a Rafflecopter giveaway
Shelly at 8:00 AM