Diana Rodriguez Wallach, author of LIES THAT BIND, on not ignoring that little voice in your head

LIES THAT BIND is the second book in the Anastasia Phoenix series, and we're thrilled to have Diana Rodriguez Wallach here to tell us more about it.

Diana, how long or hard was your road to publication? How many books did you write before this one, and how many never got published?

It was a LONG road. I penned my first novel in a matter of months, then Googled: “How to publish a book.” I bought a guide to literary agents, started sending out queries, and within two weeks got an offer for representation from a big NYC firm. Yay, right?! Only that book never sold. Neither did the next book I wrote. Finally, I wrote a third book, Amor and Summer Secrets, and it sold within days to Kensington Books. I got the news on Fat Tuesday while I was at Mardis Gras in New Orleans wearing beads and a feathered mask. My first trilogy published in 2008 and 2009.

Then I wrote my next novel—what would become Proof of Lies. Only the market was full of vampires, werewolves, and dystopian novels. Editors weren’t really looking for a spy thriller.

Ultimately, it took me seven years and three agents to finally find the right place for Anastasia Phoenix’s story. I never gave up. It is the book of my heart, and I believed in it enough to rewrite it again, and again, and again. I’m so glad I did. The novel is so much better now than it was in its first draft. My writing is so much better now. Would I have liked a shorter road to publication? Sure. But the road that got me here taught me a lot along the way, and I’m enjoying the view now.

I had a few AHA! moments that led to me becoming an author. Growing up, I enjoyed writing, which is why I went to college for journalism and became a reporter. Only I never really liked writing for a hotel magazine, and I always had this nagging feeling that there was “something else” I was supposed to be doing with me life, only I hadn’t figured it out.

Then my first big AHA! moment came on September 11, 2001. I lived five blocks from Ground Zero. That experience pushed me to leave a job I didn’t like, move back to Philadelphia, and join a nonprofit. For the first time, I felt like the work I was doing really mattered.

Then I had my second AHA! moment. I dreamt I was a young adult author, and I had written a series of books based on my bullying experience in middle school. When I woke up and told my husband, he reminded me of a vacation we took five years earlier through New England.

This would mark my third AHA! moment. Years prior, we’d traveled to Salem, MA, right around Halloween, to see the witches’ houses. While there, I decided to visit a psychic for the first time (when in Rome, right?). I sat down and the psychic immediately said, “You’re a writer.” And I was; at the time, I was a reporter. I told her this, and she asked what I wrote about. Intentionally trying to be cryptic (I mean, she is a psychic, shouldn’t she already know?), I told her that I wrote about “business.” She swiftly said, “No. I see you writing books, little books, like children’s books.”

I had never considered writing a novel before. But after 9/11, the dream, and the psychic, I figured it was “a sign.” (I was raised Catholic.) So I sat down and started my first novel.

So my advice to everyone out there? Don’t ignore that little voice in your head until you finally figure out what that “something” is.

Book three of the Anastasia Phoenix series comes out next year, End of Lie! I’m in edit-mode for this one. It’ll be so sad to see Anastasia’s journey end, but at the same time I can’t wait to hear reader’s reactions to her story.

I’m also working on a YA contemporary romance featuring a highly gifted Latina student under immense pressure, both academically and personally. She’s learning to figure out for herself what she really wants for her life—and of course, there’s a guy she meets along the way. It’s partly based on my experience teaching gifted students through Johns Hopkins University’s Center for Talented Youth, and I’m really excited to dive into brand new characters.

The Italian Job meets Bourne Identity meets Spy Kids in this sequel to Proof of Lies.

What if saving yourself meant destroying everyone you love?

Still reeling from everything she learned while searching for her sister in Italy, Anastasia Phoenix is ready to call it quits with spies. Then she and her friends learn that Marcus’s—her kinda boyfriend—brother, Antonio, has also gone missing. Luckily, they track down Antonio in a fiery festival in England, only to learn he has been working for the enemy, Department D, the whole time. But Antonio wants out. And so does Anastasia.

But before any of them can leave espionage and their parents’ crimes behind them, a close friend turns up dead. No one is safe, not while Department D still exists. So Anastasia and her friends embark on a dangerous plan to bring down an entire criminal empire, using every Dresden Kid they can find.

As their world becomes surrounded by spies, and the children of spies, Anastasia starts to question who she can really trust. Including her best friends… 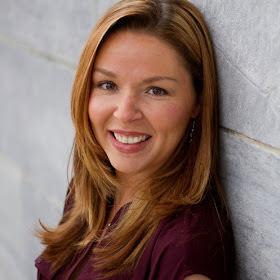 Diana Rodriguez Wallach is the author of the Anastasia Phoenix Series, three young adult spy thrillers (Entangled Publishing, 2017, ’18, ‘19). The first book in the trilogy, Proof of Lies, was named by Paste Magazine as one of the “Top 10 Best Young Adult Books for March 2017.” Bustle also listed her as one of the “Top Nine Latinx Authors to Read for Women’s History Month 2017.” Additionally, she is the author of three award-winning young adult novels: Amor and Summer Secrets, Amigas and School Scandals, and Adios to All The Drama (Kensington Books); as well as a YA short-story collection entitled Mirror, Mirror (Buzz Books, 2013).

For more about Diana, check out The Whole Story.