Sheryl Scarborough, author of TO RIGHT THE WRONGS, on managing to pull words together to get them on the page

TO RIGHT THE WRONGS is the second book in the Erin Blake series, and we're delighted to have Sheryl Scarborough with us to share more about it.

Sheryl, what was your inspiration for writing TO RIGHT THE WRONGS?

While there are several wrongs that need righting in Erin Blake’s world, my main inspiration for To Right The Wrongs comes from my involvement with the life story of a woman attorney named Andrea Lyon, who is a certified death penalty defense attorney. In 2001 I optioned the rights to Andrea’s story and tried to sell it as a movie of the week. Truth be told, the timing for Andrea’s story is better now than it was then. Even though I wasn’t able to make her story into a movie, I was forever impacted and altered by her work and the clients she tirelessly defended. The undeniable truth is that no matter how much we want to believe in our judicial system, just being innocent isn’t always enough. And, as we have learned from podcasts such as Serial and the TV series Making of A Murderer, even when it’s pretty clear that an innocent person has been wrongfully imprisoned, our system doesn’t offer many allowances to rectify those mistakes. I can’t think of many things more heinous than being wrongfully imprisoned. It’s an issue I feel very passionate about. And you can expect to see more stories surrounding this issue from me.

I grew up without a dad…I knew his name, but I didn’t meet him until I was 17, which means I had a LOT of questions about where half of my DNA came from. This means that the scenes between Erin and Victor are very special to me. I’ve learned that I don’t actually write these scenes, the conversation just comes to me in a giant emotional ball and I manage to pull the words together and get them onto the page. If you remember from To Catch A Killer, there are three things Erin wants to know. 1. Who killed her mother. 2. The identity of her father. 3. That her father wasn’t the killer. Two of her questions are answered in book #1. The third answer comes to play in To Right The Wrongs and my favorite scene is again between Erin and Victor where they each know something about the other. The scene where this information exchange plays out is my favorite! Sorry for being cagey, but you don’t want me to ruin the surprise, right?

How long did you work on TO RIGHT THE WRONGS?

Although I had over a year to actually write To Right The Wrongs, we decided to move from Southern California to the Pacific Northwest and that ate up about 6 months of my writing time. The other 6 months was spent writing hard to meet the deadlines.

What do you hope readers will take away from TO RIGHT THE WRONGS?

My writing ritual is B-I-C (butt in chair). Minimum 5-days a week/5 hours a day. I really only write in solitary quiet in my basement office, with my writer cat Gizmo, who is dedicated to being adorable, but not very helpful. 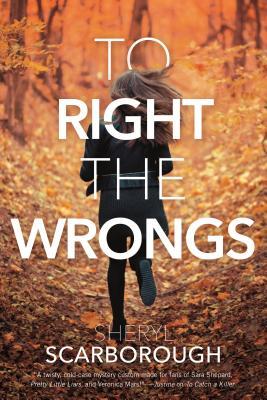 Barely three weeks after catching the killer of Erin’s mother and their biology teacher, Erin and her crew are back, up to their elbows in forensics projects. But this time it’s with the full approval of their parents.

With Uncle Victor at the helm, Erin and her best friends, Spam and Lysa, are prepping a new classroom for CSI summer camp, where they will serve as camp counselors. Meanwhile, Erin's super-hot new boyfriend, Journey, is graduating, just in time for him to take a position as Victor’s intern in the new CSI lab on campus. Journey and Victor are going to take another look at the evidence in the murder trial that sent Journey’s father to prison. The girls are under strict orders not to meddle with the murder case, but that's easier said than done... 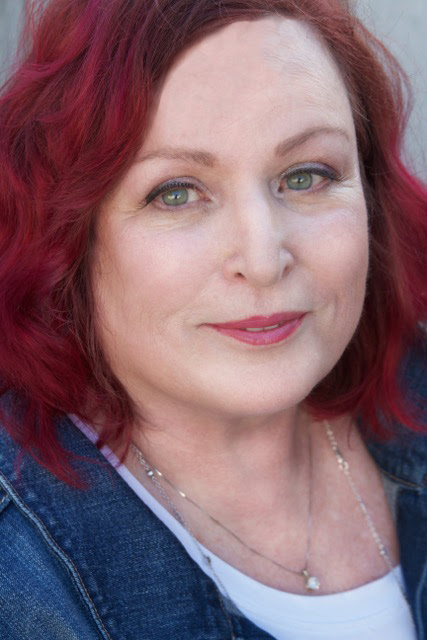 Sheryl Scarborough, an award-winning writer for children’s television, is the author of To Catch A Killer and To Right The Wrongs, a YA mystery series with Tor Teen. The appearance of a habitual Peeping Tom at her home when she was twelve, sparked an obsession with forensics. After each visit, Sheryl diligently photographed his footprints and collected the candy wrappers he left behind. Unfortunately, he was never caught. But the desire to use evidence to solve a great mystery was sparked inside Scarborough all the same. She holds an MFA in Writing for Children and Young Adults from Vermont College of Fine Arts and lives with her husband and writer-cats in Washington state, across the river from Portland, OR.

Have you had a chance to read TO RIGHT THE WONGS yet? Do special scenes come to you in a giant emotional ball? How are you at the butt in chair ritual?