Kimberly Reid, author of PRETTYBOY MUST DIE, on writing someone else's concept

We're delighted to have Kimberly Reid stop by to talk about her latest novel, #PRETTYBOY MUST DIE.

Kimberly, what scene was really hard for you to write and why, and is that the one of which you are most proud?

It wasn’t one scene but several that were difficult—all of the scenes having to do with Prettyboy being a hacker. Before I became a writer, I worked in the telecom software industry and I called on some of that background, but I didn’t have much technical expertise so I had to do a lot of research. I’m still afraid a hacker will contact me to explain what I got wrong about their line of work, but ... fingers crossed that I got it right.

How long did you work on #PRETTYBOY MUST DIE? What did this book teach you about writing or about yourself?

I never thought I could work collaboratively before this book. I was the only writer on the project, but my editor approached me with the concept of PRETTYBOY, and an outline, and asked if I was interested in writing the story. I never believed I could write someone else’s concept because I’m a control freak, but the story was so appealing and my editor was such a dream to work with, that it was a good experience. Because this was my publisher’s concept, there was some back-and-forth with my editor during the early drafting of the story, which usually never happens because I’ve always pitched a completed manuscript to editors, so it took longer to write than my usual timeframe. It usually takes me nine months to a year to write and revise a manuscript that’s decent enough to give my agent or editor, but PRETTYBOY took a bit longer due to the collaborative aspect of it.

How many books did you write before this one, and how many never got published?

I wrote four before the fifth one was published. Since my first published book, I’ve written six more—four traditionally published, one I self-published to continue a series when it was dropped by the publisher after three books, and one that I could not sell. Even once you’ve been published, there can still be plenty of rejections and books that never make it. The main thing is just to keep going. After the one that I couldn’t sell, I sold the next five manuscripts. And sometimes there is life after original publication. When the rights on my first published book reverted back to me, I self-published it. A producer discovered it, offered a TV option on the material, and it’s currently in development with ABC Signature Studios. So technically, I’ve self-published two books.

It doesn’t take much to distract me from writing—a squirrel outside the window, a load of laundry to fold, my dog wanting a walk. I’d never get anything done in a coffee shop because I’d just people-watch all day, and then make up stories about them instead of my characters. I work at home in complete silence with any luck. I usually wake up early and get most of my writing done while the house is still quiet. Music does play an important part in making the words flow if I get stuck, even if I don’t listen as I write. I choose music I think my characters might listen to or my favorite music when I was my main character’s age. It helps me remember what it felt like being sixteen.

A CIA prodigy's cover is blown when he accidentally becomes an internet sensation in #Prettyboy Must Die, Kimberly Reid's fun, fast thriller inspired by the #Alexfromtarget story.

When Peter Smith’s classmate snaps a picture of him during a late night run at the track, Peter thinks he might be in trouble. When she posts that photo―along with the caption, “See the Pretty Boy Run,”―Peter knows he’s in trouble. But when hostiles drop through the ceiling of his 6th period Chem Class, Peter’s pretty sure his trouble just became a national emergency.

Because he’s not really Peter Smith. He’s Jake Morrow, former foster-kid turned CIA operative. After a massive screw-up on his first mission, he's on a pity assignment, a dozen hit lists and now, social media, apparently. As #Prettboy, of all freaking things.

His cover’s blown, his school’s under siege, and if he screws up now, #Prettyboy will become #Deadboy faster than you can say, 'fifteen minutes of fame.' Trapped in a high school with rabid killers and rabid fans, he’ll need all his training and then some to save his job, his school and, oh yeah, his life. 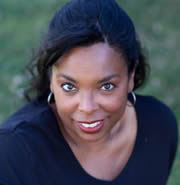 Kimberly grew up a cop's kid and always wanted to help her mom solve cases. She once considered being a detective, but was way too conflict-averse (scared) to go into the crime-solving business. Luckily, writing fiction gives her the chance to play a detective on paper and do one of my favorite things in the universe--tell stories.

#PRETTYBOY MUST DIE (Tor Teen) is a YA thriller featuring Jake Morrow, a CIA prodigy who accidentally becomes an Internet sensation, thereby blowing his cover.

Have you had a chance to read #PRETTYBOY MUST DIE yet? Have you had to do a lot of research into something specific? How do you get yourself into the mindset to write from a teenager's point of view? Share your thoughts about the interview in the comments!