Jennifer Brown, author of BREAK US, on the chapters that wrote themselves

We're so excited to have Jennifer Brown stop by and talk to us about her latest novel, BREAK US.

I particularly love the scene that stretches from chapter 29 all the way through chapter 33. I had fun writing it, but more than that, I had fun watching Nikki take care of business. I felt like those chapters kind of wrote themselves, and they allowed Nikki to show and use everything that she’d learned over the course of this journey.

THE BODY FINDER by Kimberly Derting

THE NATURALS by Jennifer Barnes

That I can write fight scenes and kissing scenes, and I enjoy writing both! Who knew?! 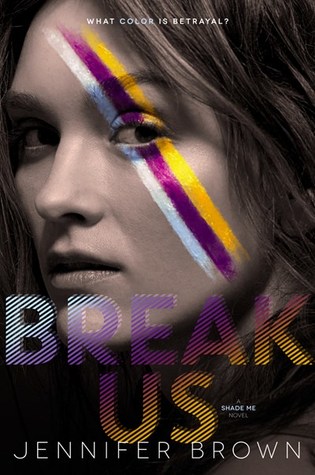 Nikki Kill doesn’t see the world in black and white. Her synesthesia shades everything in view, transforming numbers, words, and emotions into colorful clues. Which means she’s a dangerous commodity to anyone with something to hide.

Nikki has already taken on the Hollises—one of L.A.’s most powerful families—for murdering her half sister, Peyton. However, Nikki’s next steps are clouded by the gray of uncertainty. Before she knows it, Nikki is on the trail of a cold case that couldn’t be any more personal—the death of her mother.

But when the web of lies and secrets she uncovers leads back to the people who have tried to silence her, Nikki must pursue the sunbeam gold of justice, or everything—including her life—will be lost. 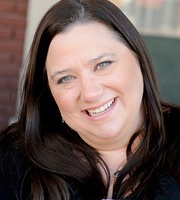 Two-time winner of the Erma Bombeck Global Humor Award (2005 & 2006), Jennifer's weekly humor column appeared in The Kansas City Star for over four years, until she gave it up to be a full-time young adult novelist.

Jennifer's debut novel, HATE LIST (Little, Brown Books for Young Readers, 2009) received three starred reviews and was selected as an ALA Best Book for Young Adults, a VOYA "Perfect Ten," and a School Library Journal Best Book of the Year. HATE LIST also won the Michigan Library Association's Thumbs Up! Award, the Louisiana Teen Readers Choice award, the 2012 Oklahoma Sequoyah Book Award, was an honorable mention for the 2011 Arkansas Teen Book Award, is a YALSA 2012 Popular Paperback, received spots on the Texas Library Association's Taysha's high school reading list as well as the Missouri Library Association's Missouri Gateway Awards list, and has been chosen to represent the state of Missouri in the 2012 National Book Festival in Washington, DC. Jennifer's second novel, BITTER END, (Little, Brown Books for Young Readers, 2011) received starred reviews from Publishers Weekly and VOYA and is listed on the YALSA 2012 Best Fiction for Young Adults list and is a 2012 Taysha's high school reading list pick as well.

Jennifer writes and lives in the Kansas City, Missouri area, with her husband and three children.

Have you had a chance to read BREAK US yet? Do you like to spread one scene across several chapters? What's the most surprising thing you've enjoyed writing?