Claire Hartfield, author of A FEW RED DROPS: THE CHICAGO RACE RIOT OF 1919, on different parts of the writing process

We are thrilled to have Claire Hartfield stop by and chat about her latest novel, A FEW RED DROPS: THE CHICAGO RIOT RACE OF 1919.

Claire, what was your inspiration for writing A FEW RED DROPS: THE CHICAGO RACE RIOT OF 1919?

As I was brainstorming ideas, I remembered a story my grandmother told me about the summer of 1919 when she was twenty years old. She had just moved from New Orleans to Chicago and was excited to have gotten a factory job. Every day she rode the streetcar (the bus of her time) from home to work and back. One day, instead of opening the doors to let her out near home, the streetcar driver kept right on going. Outside, crowds of people pushed and shoved and threw rocks at the streetcar. My grandmother was scared out of her mind. It turned out she got caught in the middle of a race riot.

I thought about this as I watched news footage of police clashing with protestors in Ferguson, Missouri. I wanted to know: What was the same? What was different? How can we do better? I got inspired! I know a lot of teenagers. If anyone can make a difference, it’s you.

I love this question! There are so many different parts to my writing process. I have a separate special place for each. First is research. No better place than the library. Being surrounded by books inspires me to keep reading. And I love the smell of the thousands of pages, old and new, all in one place. Next is writing. For this, I need peace and quiet and the soothing feeling of being in my own space (that means HOME). I love my desk where I keep various little objects that make me smile. My dog is ALWAYS there. Amazing that any creature can have that much patience. Also, I can rummage through the refrigerator whenever I need a break. I do most of my editing at my favorite coffee shop which has great lattes (I love the foam) and great music.

The scene that was hardest and also the most fun was about the Great Migration of black families from the South to Chicago. I was working from a series of short interviews about individual experiences. I had to weave them together into a story to give you a vivid picture of a movement - whole communities leaving everything they had ever known. I hope when you read it you will feel what it was like for them -- their worry, their sadness, mixed with their excitement, cautious but hopeful for a better life in a new place. 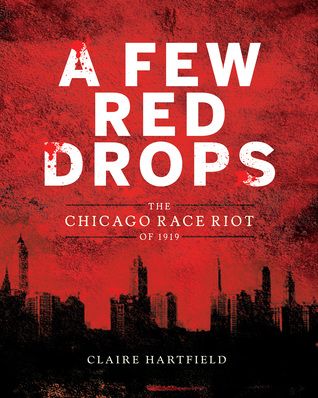 On a hot day in July 1919, three black youths went swimming in Lake Michigan, unintentionally floating close to the "white" beach. An angry white man began throwing stones at the boys, striking and killing one. Racial conflict on the beach erupted into days of urban violence that shook the city of Chicago to its foundations. This mesmerizing narrative draws on contemporary accounts as it traces the roots of the explosion that had been building for decades in race relations, politics, business, and clashes of culture. 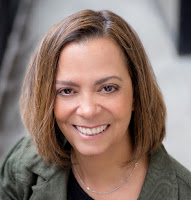 A lifelong Chicagoan, Claire heard stories of the 1919 race riot from her grandmother, who lived in the Chicago Black Belt during that time, and was moved to research and share this history with younger generations. A graduate of Yale University who earned her law degree at University of Chicago, Claire is a recognized education leader who has overseen school desegregation plans for the cities of Chicago and Rockford, Illinois and continues to work in setting policy and creating programs in a charter school setting on Chicago’s African-American West Side. She is also the author of ME AND UNCLE ROMIE, a nationally honored historical fiction picture book based on the life and art of world-renowned collage artist Romare Bearden. You can visit her at http://clairehartfield.com

Have you had a chance to read A FEW RED DROPS: THE CHICAGO RIOT RACE OF 1919 yet? Do you like to vary your steps in writing? If so, how do yours differ? Share your thoughts about the interview in the comments!