As the World Falls Down by Colleen Houck: Inspirations on World Building

Please welcome New York Times Bestselling Author Colleen Houck to our blog today as she shares some of her inspirations for worldbuilding. And be sure you not only watch the David Bowie clip below that inspired her, but also check out her newest release, Reunited, as well!

Worldbuilding is my favorite thing about crafting a new story. In my Egyptian series, starting with REWAKENED, I fashioned a world layered on top of our real one. Beginning in New York City, I took my heroine, Lily, on an adventure across the sea to Egypt and then led her deeper and deeper into a fantasy world. First, she traveled through Egyptian tombs and oases, and then I led her to the Netherworld. From there, she journeyed to the depths of the cosmos and the home of the gods, Heliopolis.

Ideas for building a fictional world can come from anywhere. I might see an interesting picture on Pinterest, or hear a lyric in a song. Maybe something in a movie resonates or I overhear a conversation at Costco. I got one of my pickup lines by standing in the checkout and eavesdropping.

One of the unique scenes in REUNITED, is what I call, the Dreamworld. It’s a place where one of my Egyptian princes, Asten, spends most of his time. As one gifted with the power over dreams, Asten is not only able to spy, but to influence dreamers and pass along messages as they sleep.

In my dreamworld, Asten is able to guide Lily, Tia, and Ashleigh through their individual dreams, separating them from one another for a few precious moments, so they get to experience life again as a single being. For the reader, the thoughts and feelings of each girl are vivid and clear. There is a tangible sense of loss as each girl leaves the dreamworld and is reabsorbed into one body—Lily’s.

The entire setting was based on one of my favorite scenes in a beloved classic movie, Labyrinth. In it, the late David Bowie, played goblin king, Jareth. Since I was a teenager at the time the movie came out, I found the whole notion of it incredibly romantic. I wrote the entire story in my mind, believing the goblin king was in love with a girl and kidnapped her brother just to get her to seek him out.

What sparked my imagination the most was the dreamworld Jareth fashioned to trap the young woman. When she bit into a magic peach, he sent bubbles full of daydreams, and when they passed by, she entered one and found herself dancing at a masquerade party seeking a handsome stranger.

I loved everything about it—the puffy white dress (my wedding dress was also ballooning and bedazzled), the makeup (even David Bowie’s), the big hair, the jewelry, the glitter, the ruffled shirts and sequined jackets, and especially the music. It was all very 80’s. Crushing on rock stars way too old for us was just part of growing up in that era, (I still have a thing for Bon Jovi).

If I’d been trapped like the young Jennifer Connelly, I’m pretty sure I would have forgotten all about my crying young step-brother and danced the night away instead. Now, where was I? Ah, yes, worldbuilding. In my dreamworld, each of my girls gets the opportunity to enter a dream through, you guessed it, a bubble. Once there, there are heartfelt declarations, some rather steamy kisses, and each girl gets to decide if she will give up her dreams for the greater good.

If you’d like to know what happens next, you’ll have to pick up the book and read the conclusion to the REAWAKENED series. This scene, my favorite in the series, is dedicated to the late David Bowie. Thanks for the inspiration. =) 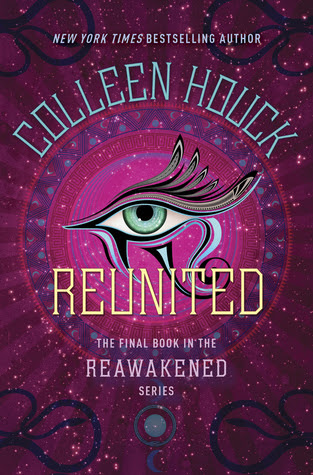 After surviving her otherworldly adventure, Lily wakes up on her nana’s farm having forgotten everything. Her sun prince, her travels to Egypt, and her journey to the Afterlife are all distant memories.

But Lily is not the girl she once was. Her body is now part human, part lion, and part fairy. And if that isn’t bad enough, she must now harness this power of three and become Wasret: a goddess destined to defeat the evil god Seth once and for all.

With the help of her old friend Dr. Hassan, Lily departs on her final voyage through the cosmos and across the plains of Egypt. On the journey, she will transform into the being she is destined to become.

Reunited is the heart-pounding conclusion to the Reawakened series.

It is time for Lily to find her sunset. 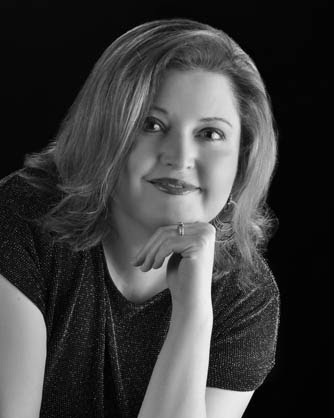 New York Times Bestselling Author Colleen Houck is a lifelong reader whose literary interests include action, adventure, science fiction, and romance. Formerly a student at the University of Arizona, she worked as a nationally certified American Sign Language interpreter for seventeen years before switching careers to become an author. Colleen lives in Salem, Oregon, with her husband and a huge assortment of plush tigers.
S.P. Sipal at 6:30 AM