J.M. Lee, author of SONG OF THE DARK CRYSTAL, on thinking about your pitch

We are thrilled to be joined today by J.M. Lee, as he tells us more about SONG OF THE DARK CRYSTAL, the second book in The Dark Crystal series.

J.M., what was your inspiration for writing SONG OF THE DARK CRYSTAL?

Aside from the original film (THE DARK CRYSTAL, 1982) for which the book is a prequel, I took a lot of inspiration from current events. Song of the Dark Crystal, and the Dark Crystal book series in general, is my love letter to our living planet and the young heroes who populate it. I also wanted to show that not every hero has to be a cool fighter -- words are some of the most powerful magic.

Since Kylan, the main character, is basically a bard, I wanted to write a few songs for him to tell -- but I'm not really a song writer. So there was definitely a lot of extra time and effort put into those sections. I hope it paid off!

In tone, Song has been compared to fantasies like The Golden Compass and Jaleigh Johnson's The Mark of the Dragonfly. If you're hungering for more Dark Crystal stuff, a comic book series called Power of the Dark Crystal just came out in 2016, and of course there's always the Creation Myth graphic novels from BOOM!/Archaia.

If publication is one of your goals and priorities, it's important to think about your pitch -- before, during, and after you write the book. Knowing how you can sell someone else on the idea of your book in 15 seconds or less will really help you distill what's unique and important about your book, which will also help you drive those aspects home when you're writing. 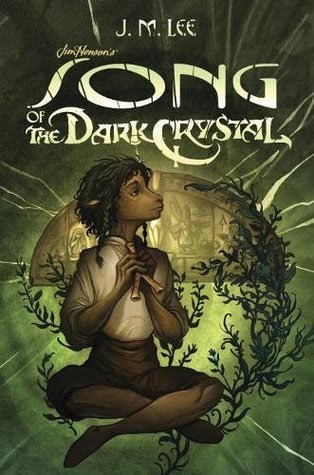 The second original companion novel to Jim Henson's The Dark Crystal follows Naia and Kylan as they seek help from the Gelfling clans to prevent the Skeksis from implementing the next stage of their sinister plan.

Kylan of Sami Thicket is a skilled song teller, but singing the tales of long-gone heroes won't help his friends as they journey into dangerous, unknown lands. After uncovering the betrayal of the Skeksis Lords, he and his friend Naia are on the run, pursued by the Skeksis's underlings and outcast even among their fellow Gelfling. But Kylan knows the truth must be told, no matter how difficult the telling. Maybe there's use for a song teller after all . . .

Jim Henson's The Dark Crystal is one of the most beloved and enduring fantasy stories of the past thirty years. This series of young adult novels will both please the diehard fans and bring new fans in to the world of The Dark Crystal. 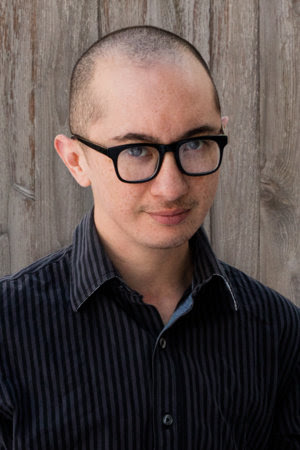 J. M. (Joseph) Lee is a novelist, writing mentor, illustrator, and graphic designer with a background in linguistics and film. As a writer, he finds the most rewarding stories in fusion genre, from nostalgic historical fantasies to gritty sci-fi westerns. On the side, he enjoys dabbling in experimental short fiction and drinking a lot of coffee. He is represented by Erzsi Deak/Hen&ink Literary Studio.

Have you had a chance to read SONG OF THE DARK CRYSTAL yet? Have you had to work extra hard on a detail so that your character could stay true to who they are and the talents they possess while writing? Have you considered your pitch, and do you keep your pitch in mind at all times? Share your thoughts about the interview in the comments!