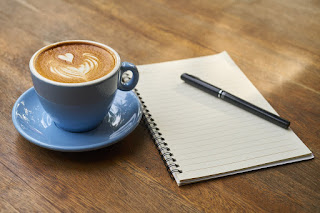 I had the privilege of giving a workshop down in Tampa this past weekend, speaking about what genuinely has to go into the first five pages of a novel. After having been a founder and mentor of the First Five Pages workshop these past six years, I've seen a lot of openings, and a lot of mistakes. I've also seen a lot of brilliant stories that begin in the wrong place.

So what’s the recipe for the perfect first five pages? Where does it begin?

It starts with your protagonist, and it starts long before your story starts, way back at the point where your protagonist had the experience that set her up for failure. Because that's the true reason your readers are going to keep reading your book. They want to see whether that flaw in your character, the thing that holds her back, is going to keep her from achieving the goals that she needs to achieve in order to satisfy the story question that you set up in the initial pages of your novel.

At some point in her life, she was wounded. Hurt. She experienced something that changed the course of her life by giving her a false belief that she has acted on ever since.

Our job as writers is to peel back the onion on our protagonists current behavior to reveal not just the cause and effect that drives events in the present, but the deeper roots of that behavior that lie in the past. That means, that as a rule of thumb, there are going to be at least three seminal events from the past that you are going to have to unveil in the course of telling the story that takes place in the present. These events will reveal how she became the way that she is, how her wound has held her back, whether she knows it o not, and that in turn sets up the expectation that she could--and very likely will--fail to vanquish her inner demons this time as well. Because without doubt, there's no reason for the reader to keep reading.

What is it that I, as the writer, need to know about my characters before I sit down to write those all important first five pages?

It doesn't matter whether I'm a plotter or a pantser, there are basic things that will have to drive my story forward. Those elements can be put in place on the first draft, or the sixth, but eventually, if I'm to have a successful story, they will need to be there.


I have to know my character’s goals. Because characters without goals are dull. Without a goal, a character can’t really fail, and without failure, there’s no story. Or at least not one that people are actually going to want to read. I need to know:
Once you know the answers to that question, from the initial pages that set out the above, you can get from one scene to another by asking a simple set of additional questions:

Follow those questions, write the scenes based on these questions, and you get from one scene to the next and eventually end up with a book. A book full of trial and error and surprises, full of conflict and tension. A book in which eery scene ripples from what you set up in those early pages.

Ultimately, regardless of the type of novel you are writing, whether it's a thriller, a fantasy, a dystopian, or a contemporary, your first pages and every page thereafter are an examination of why your protagonist is who she is and why she does the things she does. That's why "start with action" is the most misleading advise anyone can give a writer. That advise is too often interpreted as start with "big" action--explosions, death, something big. But a reader isn’t going to care if your protagonist gets blown up until they know and care about your protagonist and see the value in reading about her.
So that's your single biggest goal for those critical first five pages: make sure the protagonist is novel-worthy. Make her extraordinary in some way. Make her funny, or smart, or kind, or a fantastic athlete, or a fantastic daughter or sister or friend. There has to be something about her that is not everyman. Also, there has to be something relatable. We have to be able to connect with what she wants. We have to see that she cares about something to make us care about her.

And most critically, we have to understand why she cares.

That why not only has to make sense to the reader, it has to be different as well as plausible. It has to be surprising. Unusual. Because the reader is reading because she is looking to learn something about human nature, about herself, as she reads a book. The reader wants to be surprised.

That surprise comes into play in every aspect of the book, from the motivation of the characters to the story premise itself.

Which is why, at the very least, the first five pages of your novel can't be successfully written in their final form until after you know your story premise, your concept statement.

Try writing your story premise now. Put your character's problem, and the situation that will expose it and challenge her to overcome it, into the following framework:

When EXTERNAL STORY or QUEST forces CHARACTER to confront her INTERNAL PROBLEM or STAKES, the PLOT illustrates the THEME.

Write your pitch in that format, and then go back and look at your first five pages and see what needs to be tweaked or changed. You'll be surprised what a difference it makes!

Martina Boone was born in Prague and spoke several languages before learning English. She’s the award-winning author of the romantic southern gothic Heirs of Watson Island series, including Compulsion, Persuasion, and Illusion from Simon & Schuster, Simon Pulse and of the Celtic Legends series for adult readers beginning with Lake of Destiny.

She lives with her husband, children, and a lopsided cat, she enjoys writing contemporary fantasy set in the sorts of magical places she’d love to visit. When she isn’t writing, she’s addicted to travel, horses, skiing, chocolate flavored tea, Quality Streets, and anything with Nutella on it.
Martina Boone at 7:00 AM