Julie Eshbaugh, author of OBSIDIAN AND STARS, on trusting your instincts

OBSIDIAN AND STARS is the sequel to IVORY AND BONE, and we're pleased to have Julie Eshbaugh swing by to talk about it. 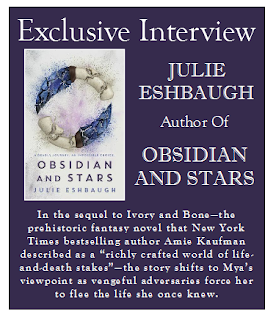 Julie, what did this book teach you about writing or about yourself?

Working on Obsidian and Stars taught me to trust my instincts. Originally, when I first thought to write a story set in prehistory, I planned for it to be two books. But once the first book, Ivory and Bone, was in the world, I decided I wanted to expand my original idea to three books and make it a trilogy. I love the world of the books so much, I didn’t want to leave it. But then when I wrote Obsidian and Stars, I realized that the story was always meant to be two books—one from Kol’s point of view, and one from Mya’s point of view. To add a third book would have meant forcing the story to be something it wasn’t. So I trusted my instincts, and I let Obsidian and Stars close out the series, which is now a duology.


What do you hope readers will take away from OBSIDIAN AND STARS?

I hope young women see themselves in Mya, and feel empowered to be leaders. Events in the story pull Mya in a lot of different directions, but she has a strong sense of duty, and she strives to make decisions that are in everyone’s best interests. In other words, she’s a strong leader. I hope women find her inspiring.

Trust yourself and your own writing. There is so much rejection in writing, and it’s easy to believe that rejection is a verdict, and the verdict is that you can’t write. You have to trust yourself to get beyond that. When someone passes on your work, that’s all it is—a pass. It’s not a final proclamation on you or your talent. It’s a pass on one piece of writing. That same person might love the next thing you write. It happens. It happened to me. But it would never have been possible if I hadn’t trusted myself and believed in my writing.

I’m working on a new fantasy project. I can’t say too much about it yet (it’s at a very early stage,) except that it is very different from the Ivory and Bone books. The story features a female MC, and I’m very excited about it. I hope to be able to share more about it soon! 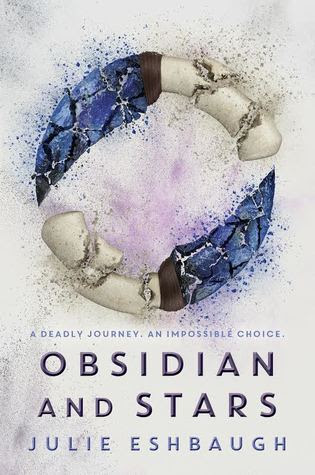 In the sequel to Ivory and Bone—the prehistoric fantasy novel that New York Times bestselling author Amie Kaufman described as a “richly crafted world of life-and-death stakes”—the story shifts to Mya’s viewpoint as vengeful adversaries force her to flee the life she once knew.

After surviving the chaotic battle that erupted after Lo and the Bosha clan attacked, now Mya is looking ahead to her future with Kol. All the things that once felt so uncertain are finally falling into place. But the same night as Kol and Mya’s betrothal announcement, Mya’s brother Chev reveals his plan to marry his youngest sister, Lees, to his friend Morsk. The only way to avoid this terrible turn of events, Morsk informs Mya, is for Mya to take Lees’ place and marry him herself.

Refusing to marry anyone other than her beloved, and in an effort to protect her sister, Mya runs away to a secret island with Lees. And though it seems like the safest place to hide until things back home blow over, Mya soon realizes she’s been followed. Lurking deep in the recesses of this dangerous place are rivals from Mya’s past whose thirst for revenge exceeds all reason.

With the lives of her loved ones on the line, Mya must make a move before the enemies of her past become the undoing of her future.

Julie Eshbaugh lives in Philadelphia after having called Utah, France, and New York City home. Early on, Julie focused her artistic energies on filmmaking and online video. She made two short films and then spent several years producing an online video series for teens, which received several honors from the Webby Awards. Creating videos for teens led to writing novels for teens, and Julie has never looked back. Obsidian and Stars is the sequel to her debut novel, Ivory and Bone. You can learn more about her writing escapades on Twitter @JulieEshbaugh and on her website, www.julieeshbaugh.com.

Have you had a chance to read OBSIDIAN AND STARS yet? Do you trust your instincts while writing? Do you need reminding that a pass on your book is not a final proclamation on you or your talent? Share your thoughts about the interview in the comments!