Our June workshop is now open! In addition to our wonderful permanent mentors, we have Becky Wallace  as our author mentor and Connor Eck as our agent mentor! (See below for Connor's background and query preferences!)

The workshop is designed to help writers struggling to find the right opening for their novel or for those looking to perfect the all important first five pages before submitting for publication. Why the first five pages? Because if these aren't perfect, no agent, editor, or reader will continue reading to find out how great the rest of your story really is!

Why is the First Five Pages Workshop a GREAT Opportunity?

Please see the complete rules before entering the workshop, but in a nutshell, we'll take the first five Middle Grade or Young Adult entries that meet all guidelines and formatting requirements. (Double check the formatting - each month we have to disqualify entries because of formatting.) Click here to get the rules. We will post when the workshop opens and closes on Adventures in YA Publishing and on twitter (@etcashman, @MelissWritesNow), with the hashtag #1st5pages. In addition to the rotating team of our wonderful permanent author mentors, the final entry for each workshop participant will be critiqued by our agent mentor. 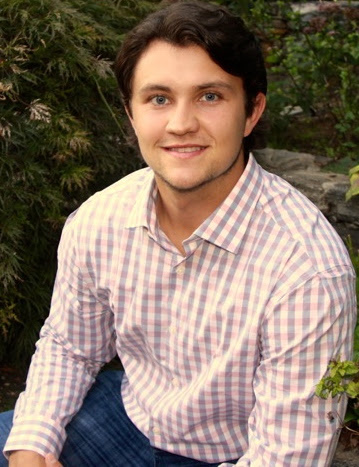 Connor Eck joined Lucinda Literary in 2016. He brings a multifaceted literary skill-set, having experience in both the editorial and marketing spheres—for GOLF Magazine, CBS Television Studios, and The Weinstein Company, among others. Connor graduated with a B.A. in English from Union College in Schenectady, NY, where he was quarterback and captain of the football team. His thesis, a feature-length screenplay, was selected in 2016 as a finalist for the 25th Woods Hole Film Festival. Connor has a passion for writing, nurturing literary talent, and for bolstering the careers of fellow writers. He most enjoys reading fiction, for all age ranges. To query Connor directly, email connor@lucindaliterary.com.

In second grade, BECKY WALLACE had to sit in the corner because she refused to write anything besides princess stories and fairy tales (and because she talked too much). Her time in isolation gave her plenty of opportunities to dream up the fantasy worlds she's been dabbling with ever since. She was lucky enough to find her own, real-life prince charming. They have four munchkins and live in a happy little town outside Houston, Texas.

Johanna and Rafi are in a race against time to save their country before a power-mad Keeper destroys everything they hold dear in the “enthralling magical world” (Cinda Williams Chima, author of The Heir Chronicles) introduced in The Storyspinner.

As the last of the royal line, Johanna is the only person who can heal a magical breach in the wall that separates her kingdom of Santarem from the land of the Keepers, legendary men and women who wield elemental magic. The barrier protects Santarem from those Keepers who might try to take power over mere humans…Keepers who are determined to stop Johanna and seize the wall’s power for themselves.

And they’re not the only ones. As the duchys of Santarem descend into war over the throne, Johanna relies more than ever on the advice of her handsome companion, Lord Rafael DeSilva. But Rafi is a duke too, and his people come first. As their friendship progresses into the beginnings of a tender relationship, Johanna must wonder: is Rafi looking out for her happiness, or does he want the throne for himself?

With war on the horizon, Johanna and Rafi dodge treacherous dukes and Keeper assassins as they race to through the countryside, determined to strengthen the wall before it’s too late…even if it means sacrificing their happiness for the sake of their world.