Elizabeth Eulberg, author of JUST ANOTHER GIRL, on only putting our best selves forward

This isn't just another author interview, in this interview we get to connect with Elizabeth Eulberg and hear more about her latest novel JUST ANOTHER GIRL. 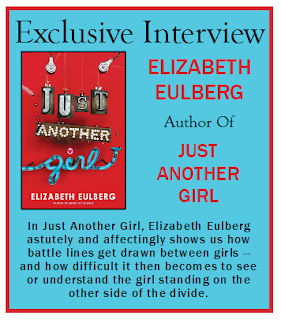 Elizabeth, what was your inspiration for writing JUST ANOTHER GIRL?

I was on tour years ago with Jackson Pearce who was talking about her The Little Mermaid retelling, Fathomless. She mentioned that in the original Hans Christian Andersen version, the girl engaged to the prince wasn't this evil witch (like in the Disney movie), but she was just another girl. It made me think about how in so many love triangle stories that girlfriend is a Mean Girl. I wanted to play with that expectation.

How long did you work on JUST ANOTHER GIRL?

I came up with the idea in 2012. Yep. But I had other books to work on so I spent years thinking about these two characters, Parker and Hope. I sat down to write it at the beginning of 2015 and finished it by the end of the year, then worked with my editor on the edits for awhile. It was definitely a process! Although most books take two years from writing to coming out.

What do you hope readers will take away from JUST ANOTHER GIRL?

To not judge someone by what you think you know about them, especially online. We only put our best selves forward. Years after high school, I found out all these things about close friends of mine and what they were going through at the time. It's amazing how you think you know everything about a person, but you really don't.

I usually work at home, but can work in a coffee shop. I just need my notebook (with my outline for the day) and headphones for music. I have to write to music. But oddly enough, I don't like reading to music.

Keep going. There were (and if I'm being honest, still are) many times I wanted to give up. Writing can be hard, but it's also incredibly rewarding. Also read, a lot. 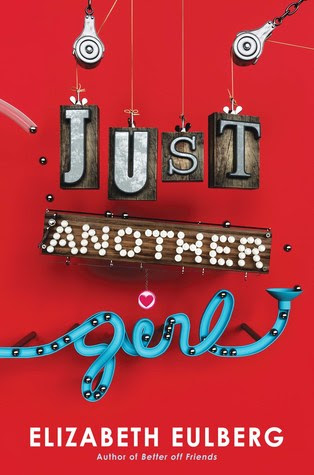 You resent her. You can't stand her. You might even hate her.

But you don't know her at all.

Hope knows there's only one thing coming between her and her longtime crush: his girlfriend, Parker. She has to sit on the sidelines and watch as the perfect girl gets the perfect boy . . . because that's how the universe works, even though it's so completely wrong.

Parker doesn't feel perfect. She knows if everyone knew the truth about her, they'd never be able to get past it. So she keeps quiet. She focuses on making it through the day with her secret safe . . . even as this becomes harder and harder to do. And Hope isn't making it any easier. . . .

In Just Another Girl, Elizabeth Eulberg astutely and affectingly shows us how battle lines get drawn between girls -- and how difficult it then becomes to see or understand the girl standing on the other side of the divide.

You think you have an enemy. But she's just another girl.

Elizabeth Eulberg was born and raised in Wisconsin before heading off to college at Syracuse University and making a career in the New York City book biz. Now a full-time writer, she is the author of The Lonely Hearts Club, Prom & Prejudice, Take a Bow, Revenge of the Girl with the Great Personality, Better Off Friends, We Can Work it Out, and The Great Shelby Holmes. She lives outside of Manhattan with her three guitars, two keyboards, and one drumstick. Visit her at her website to learn more.

Have you had a chance to read JUST ANOTHER GIRL yet? Did you connect with Elizabeth's reflection on not knowing what others are going through? Did you like her spin on the classic love triangle not being shared with the "mean girl girlfriend"? Share your thoughts about the interview in the comments!