Promising Form and Content Pt 3: The How To of Great Openings

Every time we run a round of our Red Light/Green Light writing contest here at AYAP, we take some time to look at the openings paragraphs of published novels and to examine exactly how they go about grabbing a reader's attention. We've talked before about the two keys to creating a fulfilling opening--making promises to your reader regarding the form and content of the book they're about to read:

Some openings are so strong they've become iconic. There are opening lines that most readers know and can quote off the cuff: "It was the best of times, it was the worst of times," "Call me Ishmael" or "It is a truth universally acknowledged, that a single gentleman in possession of a good fortune, must be in want of a wife."

All openings that work, though, have one thing in common: they hint at what's to come. A great opening unfolds like a flower, revealing layers of information relating to both a book's plot (CONTENT) and its prose (FORM). Here are a few examples of recent books that had great openings, with a breakdown of how they make promises about form and content. Hopefully this will be of help to you as you polish up your own first pages in preparation for Red Light/Green Light. 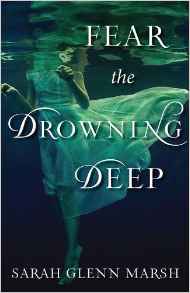 Available for purchase at Amazon

They found her body at dusk, washed up in a tide pool with a handful of sea urchins and a slender green starfish. As they lifted the girl, her dark hair wrapped around her neck like seaweed. Fat drops of saltwater rolled off her body and kissed the cold sand. I shivered in sympathy, though, of course, she didn't feel the bitter wind tugging at her gown. Her waxy skin appeared paler than the full moon, which had risen early in the lavender sky.

Old Mr. Gill pushed the girl's hair back, revealing milky, grayish eyes. I couldn't begin to guess their true color. Cradled in his arms, the girl looked like a nymph, or one of the mermaids my mam loved to paint.

A neighbor standing beside me shrieked, sending a chill rippling down my back. Other women sniffed. They reminded me of a flock of guillemots, the way they'd perched themselves on the lowest cliff overlooking the rocky shore. They shared handkerchiefs and made little hiccuping sounds.

Not one of them noticed me lingering where a girl of sixteen shouldn't have been.

Right away, in conjunction with the book's title, we have an idea of what to expect from this novel content-wise. In this book, the sea will be an antagonist. Given that the people of this community live next to the shore, it's likely they're also dependent on the sea for their livelihood, meaning we're in for a beautiful and tortured relationship between the book's characters and the ocean itself.

We get a sense, too, when we dig a little deeper in our search for clues as to the book's content, that our narrator is perhaps an outsider. She observes the actions of  the village women distantly, as if she's slightly removed from them and their experience, and is overlooked by the people of her own community.

As far as form goes, it's easy to see from the outset that FEAR will be a book full of beautiful, spare turns of phrase, drawing inspiration from the coastal setting. The opening paragraphs paint a chilling, evocative picture, and we expect as readers that the rest of the book will be similarly written--that we're in the hands of a talented wordsmith who will make good use of her skills as she brings FEAR's seaside community to life. 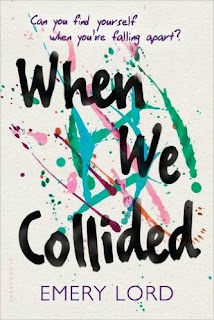 Available for purchase at Amazon


WHEN WE COLLIDED
Emery Lord

I knew I was in love with Verona Cove on the first day, but I waited until the seventh day to commit. After one week here, I'm carving my name into a tree in the center of town. It's way harder than you might think, digging a pocketknife into ancient bark. Eleven letters have taken me hours, or it felt like that, anyway. Fortunately, before the sun rises, no one polices Irving Park--or anywhere, really. I'm pretty sure the worst crime Verona Cove has ever seen is someone dropping a napkin. The napkin dropper tried to chase it, I bet, but the wind swept it up, and eventually, somewhere, the napkin became litter.

And besides, I'd actually enjoy getting caught--clearly, since I implicated myself in jagged lines forever etched into a tree older than any of the 3,051 people in this town: Vivi was here.

It's a little trickier to find promises related to content in the opening lines of WHEN WE COLLIDED, but they're still there. We know this book will be about the narrator, Vivi, and her relationship to Verona Cove and its inhabitants. Perhaps it will be about her commitment to the town--whether she stays or goes. It will almost certainly be about her perceptions of Verona Cove--her description of the town seems idealized, and every town the world over has secrets and fault lines.

As far as the form of the book goes, we can see from these paragraphs we'll be treated to narration from an upbeat, flamboyant main character who sees the world through rose-colored glasses. The pace will likely move along quickly, as the narrator bounces us from one subject to another.

Hopefully this has given you some food for thought as you tweak your own opening pages in preparation for Red Light/Green Light on March 9th. Don't forget, one lucky winner will receive a full request from Alyssa Jennette of Stonesong Literary! If you're looking for more details on what Red Light/Green Light entails, proceed here.

Happy writing! May the words be ever in your favor ;)