Happy Monday! This week we have three giveaways; BEAUTIFUL BROKEN GIRLS, OPTIMISTS DIE FIRST and THE DRAGON'S PRICE. Don't forget to check out all the new releases below and enter to win. 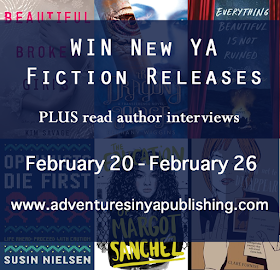 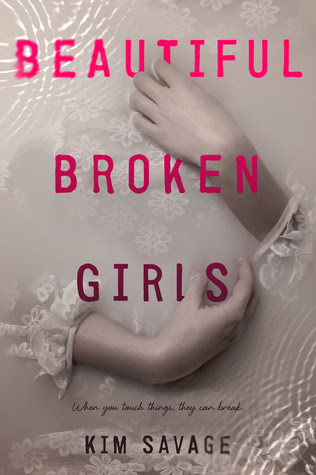 Mira and Francesca Cillo—beautiful, overprotected, odd—seemed untouchable. But Ben touched seven parts of Mira: her palm, hair, chest, cheek, lips, throat, and heart. After the sisters drown themselves in the quarry lake, a post-mortem letter from Mira sends Ben on a quest to find notes in the seven places where they touched. Note by note, Ben discovers the mystical secret at the heart of Mira and Francesca's world, and that some things are better left untouched.

Author Question: What is your favorite thing about Beautiful Broken Girls?

The love scenes between Ben and Mira. Bad blood between their families and an overprotective father force Ben and Mira to meet in secret, and each chapter is named for the moments he touches her palm, hair, chest, cheek, lips, throat, and heart. Theirs comes close to a pure love. Both terribly wounded, they are the only ones who can reach each other.

Not gonna lie: I cried while writing them. 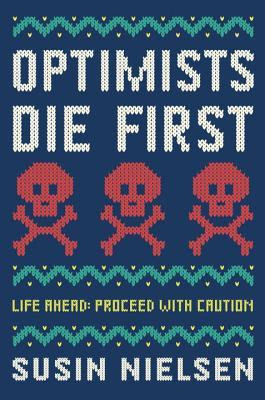 Award-winning author Susin Nielsen has written a laugh-out-loud and heartrending novel for fans of Robyn Schneider’s Extraordinary Means and Cammie McGovern’s Say What You Will.

Sixteen-year-old Petula de Wilde is anything but wild. A former crafting fiend with a happy life, Petula shut herself off from the world after a family tragedy. She sees danger in all the ordinary things, like crossing the street, a bug bite, or a germy handshake. She knows: life is out to get you.

The worst part of her week is her comically lame mandatory art therapy class with a small group of fellow misfits. Then a new boy, Jacob, appears at school and in her therapy group. He seems so normal and confident, though he has a prosthetic arm; and soon he teams up with Petula on a hilarious project, gradually inspiring her to let go of some of her fears. But as the two grow closer, a hidden truth behind why he’s in the group could derail them, unless Petula takes a huge risk. . .

Author Question: What is your favorite thing about Optimists Die First?

Well, from an author perspective I guess I’m glad I feel it holds together as a novel, if that makes sense. But just from a fun and joy perspective, it would definitely be the cats … and the unique ways in which they are utilized in the story. ☺ I’ve been a big fan of cat videos since Keyboard Cat Moon, which must be one of the first! 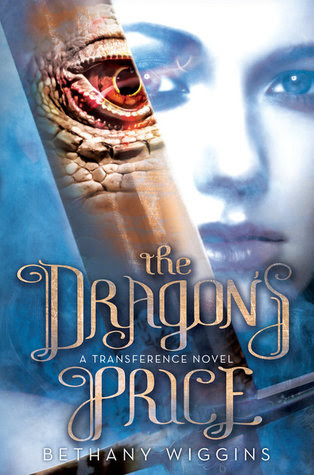 Fans of Julie Kagawa’s Talon and Renee Ahdieh’s The Wrath and the Dawn will devour this action-packed fantasy adventure about a girl who chooses to surrender herself to a deadly dragon rather than marry an enemy prince.

When two warring kingdoms unified against a deadly menace laying waste to both their lands, they had to make a choice: vow to marry their heirs to one another, or forfeit their lives to the dragon.

Centuries later, everyone expects the sheltered princess Sorrowlynn to choose the barbarian prince over the fire-breathing beast—everyone, that is, except Sorrow, who is determined to control her own destiny or die trying.

As she is lowered into the dragon’s chamber, she assumes her life is over until Golmarr, the young prince she just spurned, follows her with the hopes of being her hero and slaying the dragon. But the dragon has a different plan. . . .

If the dragon wins, it will be freed from the spell that has bound it to the cave for centuries. If Sorrow or Golmarr vanquish the dragon, the victor will gain its treasure and escape the cave beneath the mountain. But what exactly is the dragon hiding?

There are no safe havens for Sorrow or Golmarr—not even with each other—and the stakes couldn’t be higher as they risk everything to protect their kingdom.

Author Question: What is your favorite thing about The Dragon's Price?

Oh, that is way too easy to answer. My favorite thing about THE DRAGON’S PRICE is the barbarian prince, Golmarr. He is brave and strong and funny and fierce and really good at everything, and even with all of those manly traits, he never tells Sorrowlynn, the main character, what to do. Plus, he’s hot. Out of every book I’ve ever written, if I could bring a character to life, it would be him . . . except that might make my husband a little upset! 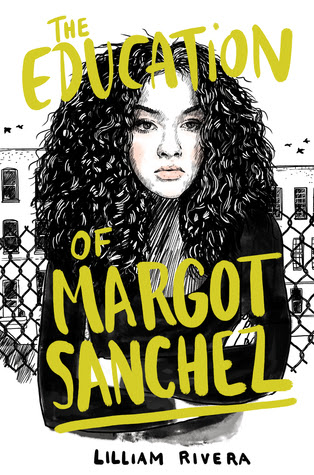 Pretty in Pink comes to the South Bronx in this bold and romantic coming-of-age novel about dysfunctional families, good and bad choices, and finding the courage to question everything you ever thought you wanted—from debut author Lilliam Rivera.

Mami, for destroying my social life
Papi, for allowing Junior to become a Neanderthal
Junior, for becoming a Neanderthal
This supermarket
Everyone else

After “borrowing” her father's credit card to finance a more stylish wardrobe, Margot
Sanchez suddenly finds herself grounded. And by grounded, she means working as an indentured servant in her family’s struggling grocery store to pay off her debts.

With each order of deli meat she slices, Margot can feel her carefully cultivated prep school reputation slipping through her fingers, and she’s willing to do anything to get out of this punishment. Lie, cheat, and maybe even steal…

Margot’s invitation to the ultimate beach party is within reach and she has no intention of letting her family’s drama or Moises—the admittedly good looking but outspoken boy from the neighborhood—keep her from her goal.

Author Question: What is your favorite thing about The Education of Margot Sanchez?

Summers in New York are very magical and intense. Everyone is outside. There’s live music playing everywhere. For THE EDUCATION OF MARGOT SANCHEZ, I really wanted to capture that. My favorite thing about the novel would be moments where Margot Sanchez discovers the beauty of the South Bronx. There is a scene where she sits on a park bench watching kids order iced coconut treats from the coquito lady. There is another where she is up on the roof watching fireworks. It is those scenes that really capture summers in New York. I hope I was able to convey that bit of magic. 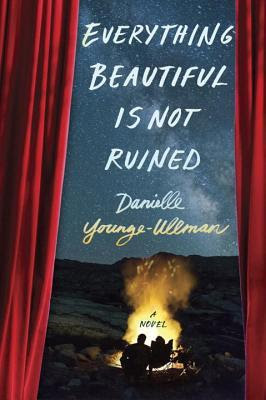 Like Wild for teens! In the tradition of Sara Zarr and A. S. King, a girl must survive an extreme wilderness experience to prove to her mother that she has the strength to pursue her dreams.

When she was a little girl, Ingrid’s entire world was her mother: Margot-Sophia, the brilliant and sophisticated opera star. So when Margot-Sophia loses her singing voice, Ingrid loses everything. The two of them move to a small, normal house in a small, normal town, where Ingrid tries to convince her mother that there must still be something worth living for.

It’s in this small, normal life that Ingrid discovers her own passion for the theater arts. But Margot-Sophia refuses to support her daughter’s dreams. They strike a deal: if Ingrid makes it through a summer of an extreme wilderness experience, then she can have her chance to pursue life as a performer.

Over the course of this summer, Ingrid is stripped of every dignity and freedom. But she also finally comes to terms with her inner demons—and finally confronts the secret tragedy that defines her. 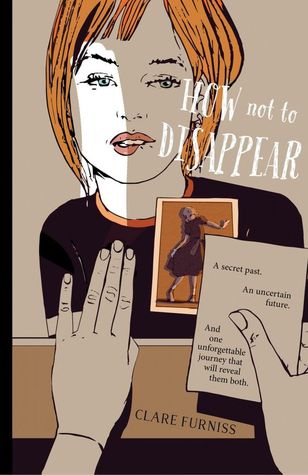 How Not to Disappear
by Clare Furniss
Hardcover
Margaret K. McElderry Books
Released 2/21/2017

Hattie's summer isn't going as planned. Her two best friends have abandoned her: Reuben has run off to Europe to 'find himself" and Kat is in Edinburgh with her new girlfriend. Meanwhile Hattie is stuck babysitting her twin siblings and dealing with endless drama around her mum's wedding. Oh, and she's also just discovered that she's pregnant with Reuben's baby.

Then Gloria, Hattie's great-aunt who no one even knew existed, comes crashing into her life. Gloria's fiercely independent, rather too fond of a gin sling and is in the early stages of dementia. Together the two of them set out on a road trip of self-discovery — Gloria to finally confront the secrets of her past before they are erased from her memory forever and Hattie to face the hard choices that will determine her future.

Non Pratt's Trouble meets Thelma and Louise with a touch of Elizabeth is Missing by Emma Healey, Clare Furniss' remarkable How Not To Disappear is an emotional rollercoaster of a novel that will make you laugh and break your heart. 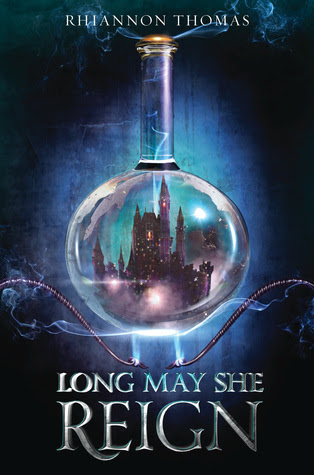 The Girl of Fire and Thorns meets The Queen of the Tearling in this thrilling fantasy standalone about one girl’s unexpected rise to power.

Freya was never meant be queen. Twenty-third in line to the throne, she never dreamed of a life in the palace, and would much rather research in her laboratory than participate in the intrigues of court. However, when an extravagant banquet turns deadly and the king and those closest to him are poisoned, Freya suddenly finds herself on the throne.

Freya may have escaped the massacre, but she is far from safe. The nobles don’t respect her, her councillors want to control her, and with the mystery of who killed the king still unsolved, Freya knows that a single mistake could cost her the kingdom – and her life.

Freya is determined to survive, and that means uncovering the murderers herself. Until then, she can’t trust anyone. Not her advisors. Not the king’s dashing and enigmatic illegitimate son. Not even her own father, who always wanted the best for her, but also wanted more power for himself.

As Freya’s enemies close in and her loyalties are tested, she must decide if she is ready to rule and, if so, how far she is willing to go to keep the crown. 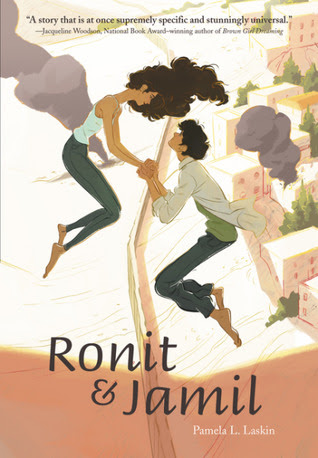 This beautiful and lyrical novel in verse delivers a fresh and captivating retelling of Shakespeare’s Romeo and Juliet that transports the star-crossed lovers to the modern-day Israeli-Palestinian conflict in Gaza.

Ronit, an Israeli girl, lives on one side of the barrier fence. Jamil, a Palestinian boy, lives on the other side. Only miles apart but separated by generations of conflict—much more than just the concrete blockade between them. Their fathers, however, work in a distrusting but mutually beneficial business arrangement, a relationship that brings Ronit and Jamil together.

And lightning strikes. The kind of lightning that transcends barrier fences, war, and hatred. Ronit and Jamil fall desperately into the throes of forbidden love, one that would create an irreparable rift between their families if it were discovered.

But a love this big can be kept secret for only so long.

Soon, the teenage lovers must face the fateful choice to save their lives or their loves, as it may not be possible to save both.