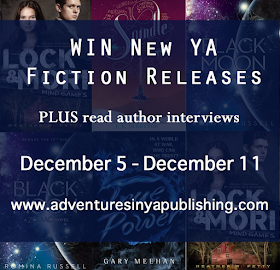 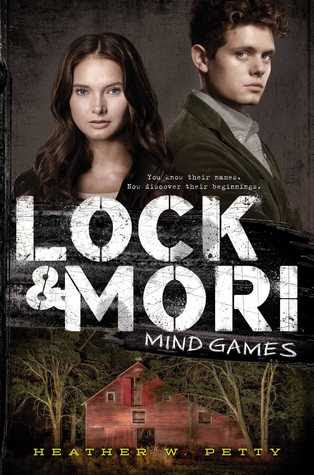 Sherlock Holmes and Miss James “Mori” Moriarty may have closed their first case, but the mystery is far from over in the thrilling sequel to Lock & Mori, perfect for fans of Maureen Johnson and Sherlock.

You know their names. Now discover their beginnings.

Mori’s abusive father is behind bars…and she has never felt less safe. Threatening letters have started appearing on her doorstep, and the police are receiving anonymous tips suggesting that Mori—not her father—is the Regent’s Park killer. To make matters worse, the police are beginning to believe them.

Through it all, Lock—frustrating, brilliant, gorgeous Lock—is by her side. The two of them set out to discover who is framing Mori, but in a city full of suspects, the task is easier said than done. With the clock ticking, Mori will discover just how far she is willing to go to make sure that justice is served, and no one—not even Lock—will be able to stop her. 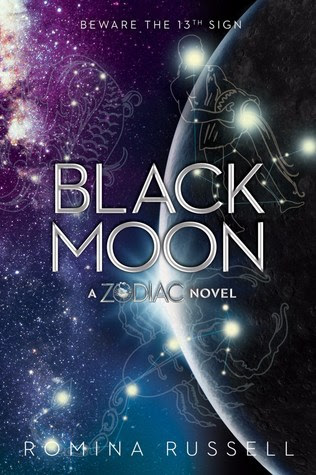 Author Question: What is your favorite thing about Black Moon?

My favorite thing about BLACK MOON is that I finally got to create my very own royal ball! In addition to young adult fiction, I love the Victorian novel, so I’ve always longed to script an over-the-top ballroom scene riddled with gaudy gowns, decadent decorations, and cryptic conversations—a night rife with romantic and political entanglements—and now I finally have! Plus, the ball takes place on a new planet, so it was extra fun playing around with the setting, technology, and fashion. 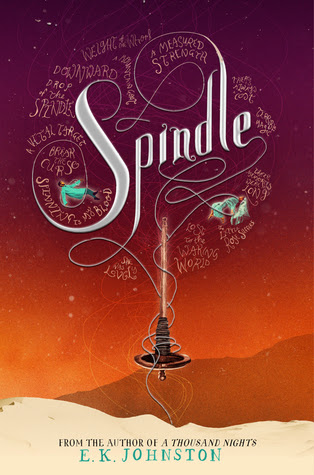 The world is made safe by a woman...but it is a very big world.

It has been generations since the Storyteller Queen drove the demon out of her husband and saved her country from fire and blood. Her family has prospered beyond the borders of their village, and two new kingdoms have sprouted on either side of the mountains where the demons are kept prisoner by bright iron, and by the creatures the Storyteller Queen made to keep them contained.

But the prison is crumbling. Through years of careful manipulation, a demon has regained her power. She has made one kingdom strong and brought the other to its knees, waiting for the perfect moment to strike. When a princess is born, the demon is ready with the final blow: a curse that will cost the princess her very soul, or force her to destroy her own people to save her life.

The threads of magic are tightly spun, binding princess and exiled spinners into a desperate plot to break the curse before the demon can become a queen of men. But the web of power is dangerously tangled--and they may not see the true pattern until it is unspooled. 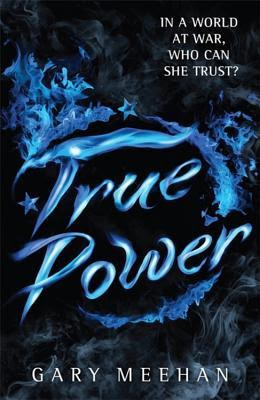 The War
After battling their way across Werlavia, Megan and her companions have sought the promise of safety in the mountain city of Hil . . . but the army of the True lies in wait for their arrival.

The Threat
Megan knows they can't ignore the witch menace any longer. Empowered by their guns and their allies, the True are coming for her, for her young daughter, and for everyone else she loves. Nothing less than the soul of Werlavia hangs in the balance.

The Power
Now deep into her quest, which began when she suddenly found herself a refugee from her destroyed village, Megan is no longer an ordinary miller's daughter. As her destiny has unfolded through her travels, she has taken on the role of Mother, Apostate, and Countess. And now it is up to her to protect the people of the Realm from evil. But she will have to risk everything and everyone she loves if she has any hope of succeeding against the savage forces of the True.