Happy Monday! There is only one new release this week with an interview, THE SECRET OF A HEART NOTE by Stacey Lee! Don't forget to check it out below! 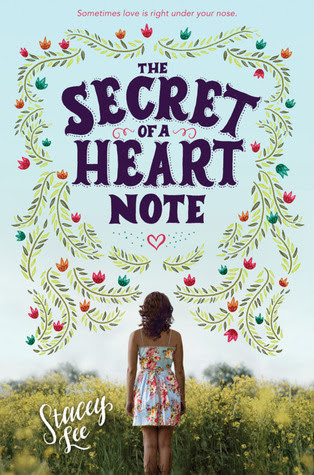 An evocative novel about a teen aroma expert who uses her extrasensitive sense of smell to mix perfumes that help others fall in love while protecting her own heart at all costs.

Sometimes love is right under your nose. As one of only two aromateurs left on the planet, sixteen-year-old Mimosa knows what her future holds: a lifetime of weeding, mixing love elixirs, and matchmaking—all while remaining incurably alone. For Mim, the rules are clear: falling in love would render her nose useless, taking away her one great talent. Still, Mimosa doesn’t want to spend her life elbow-deep in soil and begonias. She dreams of a normal high school experience with friends, sports practices, debate club, and even a boyfriend. But when she accidentally gives an elixir to the wrong woman and has to rely on the lovesick woman’s son, the school soccer star, to help fix the situation, Mim quickly begins to realize that falling in love isn’t always a choice you can make.

At once hopeful, funny, and romantic, Stacey Lee’s The Secret of a Heart Note is a richly evocative coming-of-age story that gives a fresh perspective on falling in love and finding one’s place in the world.

Author Question: What is your favorite thing about The Secret of a Heart Note?

My favorite thing in writing Heart Note was coming up with novel ways to describe smells. My main character, Mim, with her super sensitive nose, processes the world through smell. Unfortunately, the English language is quite limited when it comes to describing smells. The same thing is true with taste. My inlaws often use Chinese words to describe a particular taste (we do love our food!), and when I ask for the English translation, frequently, none exists. For more exacting descriptions of taste or smell, we must rely on comparisons (e.g., this medicine tastes like a skunk died in my mouth; that perfume smells like cotton candy.)

For Heart Note, I used comparisons, but I also tried to stretch the language to 'suggest' smells, like, "there's a buttery roundness to the scent, like it's used to sunshine." Another thing I did was to read wine descriptions. Enologists are experts in the art of describing taste, and my descriptions often have a 'wine' feel: "It had a dominant of miso soup, osha beats, a lick of buffalo weed, not too spicy, with a silvery finish." 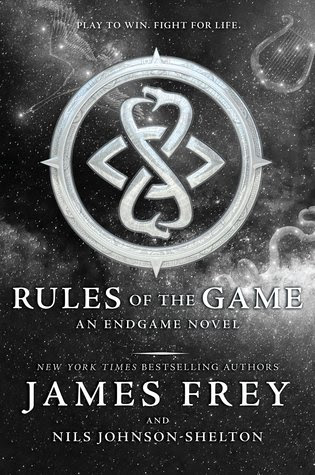 The explosive final novel in the Endgame trilogy. Two keys have been found. The strongest Players are left. One final key remains to win Endgame and save the world.

For Sarah, Jago, Aisling, Maccabee, Shari, An, and Hilal, Endgame has reached its final phase. The third key, Sun Key, is all that stands between one Player saving their line—or perishing along with the rest of the world. And only one can win.

West Bengal, India: Maccabee is Playing to win. He has Earth Key and Sky Key and he is determined to find Sun Key. But in Endgame, fate can turn in the blink of an eye. He must Play carefully. He must watch his back.

Kolkata, India: An Liu is Playing for death. His goal: stop Endgame, and take the world down with him.

Sikkim, India: For Aisling, Sarah, Jago, Shari, and Hilal, their mission is to stop Endgame. Sun Key must not be found.

No matter what they’re Playing for, all of the remaining Players have one thing in common: they will end the game, but on their own terms.