A Short Interview with Shannon Messenger

We're pleased to welcome Shannon Messenger, author of Keeper of The Lost Cities and the Sky Fall series, to the blog today for a short interview on her first publishing experience. I had the privilege of meeting Shannon at one of my local book stores earlier this year. When I heard about her first publishing experience, I knew it was meant to be told on this blog. She wrote and rewrote her first novel a whopping 20 times before it was published! To me, her story screams, "If I can do it, than so can YOU!!!" I hope you as a reader will take comfort from her story that persistence and perseverance will always be the keys to achieving your goals.

1) You mentioned that you wrote your first novel, Keeper of the Lost Cities 20 times, got an agent on draft 16, sold the book at draft 18 and published draft 20. What was the one thing you changed between drafts in order to achieve publication?

Ha—I wish there was only one thing that changed between all those drafts. But they were five seriously major revisions. I’d never written a book before, so I had a LOT to learn. Thank goodness my agent had faith in me—and gave incredible revision notes—to help me shape the book into what it needed to be.

2) 20 drafts later, you have a published book. What motivated you to keep on going?

I really, really, REALLY wanted to be a published author. And I firmly believed that if I just kept trying, I’d find a way to get there. Which was true—I really think the only difference between someone who reaches their dream and someone who doesn’t is that the person who doesn’t gave up. If you keep pushing and learning and practicing, eventually you’ll get there.

3) After your experience, what advice on revision would you give aspiring authors who are in the process of drafting and redrafting their work?

The best advice I can give is, “remember, it’s part of the process.” It’s so easy to look at your hot mess of a draft and think it’s proof that you’re just not good enough—but it’s not. Revision is a part of writing, even if you have to do it multiple times. Just keep pushing yourself and you’ll get there. (and work with critique partners!)

4) How do you think your experience has taught you to be a better writer?

It taught me tons of important things, and pointed out a ton of mistakes I was making. But I think the most important thing it taught me is how to sort through edit notes. I never want to dig in my heels and ignore changes that would make my book better. But not every note ends up being a helpful note either. And going through so many rounds of revision really helped me develop a gut sense for when I need to take a note to heart and when I can disregard—or, more importantly—how to get to the heart of the issue and find a different, better fix to address the problem.

5) What would you tell other authors in the querying process?
The same thing I already said above—don’t get discouraged or give up. I know it can be a stressful, discouraging process. But if you believe in yourself, work hard, and keep trying, you will get there eventually. I promise! 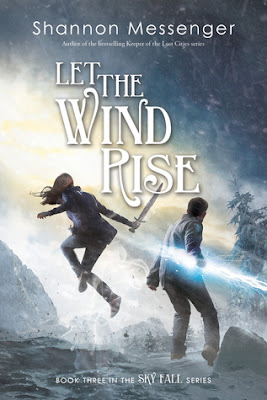 The breathtaking action and whirlwind adventure build to a climax in this thrilling conclusion to the “remarkably unpredictable” (BCCB) Sky Fall trilogy from the bestselling author of the Keeper of the Lost Cities series.

Vane Weston is ready for battle. Against Raiden’s army. Against the slowly corrupting Gale Force. Even against his own peaceful nature as a Westerly. He’ll do whatever it takes, including storming Raiden’s icy fortress with the three people he trusts the least. Anything to bring Audra home safely.

But Audra won’t wait for someone to rescue her. She has Gus—the guardian she was captured with. And she has a strange “guide” left behind by the one prisoner who managed to escape Raiden. The wind is also rising to her side, rallying against their common enemy. When the forces align, Audra makes her play—but Raiden is ready.

Freedom has never held such an impossible price, and both groups know the sacrifices will be great. But Vane and Audra started this fight together. They’ll end it the same way. 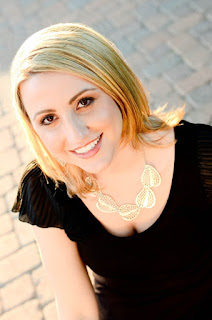 Shannon Messenger graduated from the USC School of Cinematic Arts where she learned--among other things--that she liked watching movies much better than making them. She's studied art, screenwriting, and film production, but realized her real passion was writing stories for children.

She's the NYT and USA Today bestselling author of the middle grade series, KEEPER OF THE LOST CITIES, and the SKY FALL series for young adults.

Her books have been featured on multiple state reading lists, published in numerous countries, and translated into many different languages. She lives in Southern California with her husband and an embarrassing number of cats.