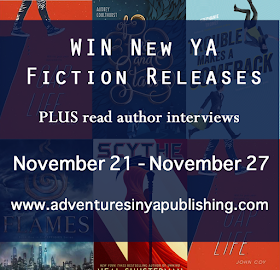 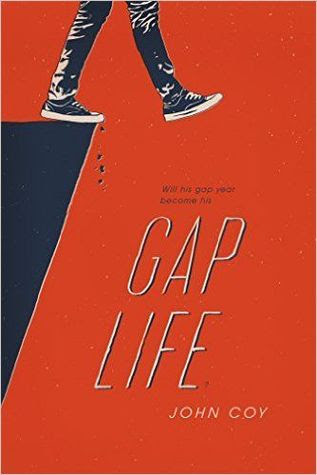 Cray got into the same college his father attended and is expected to go. And to go pre-med. And to get started right away. His parents are paying the tuition. It should be an easy decision.

All Cray knows is that what's expected of him doesn't feel right. The pressure to make a decision—from his family, his friends—is huge. Until he meets Rayne, a girl who is taking a gap year, and who helps him find his first real job, at a home of four adults with developmental disabilities. What he learns about himself and others will turn out to be more than any university could teach him—and twice as difficult.

Author Question: What is your favorite thing about Gap Life?

Cray and Rayne, the two main characters. The more time I spent working on Gap Life, the more I enjoyed being with them and seeing how they felt, how they responded to things, and what they’d do next. One of the joys of working on a novel so intensely is that the characters stay even after the novel is written so I continue to think about Cray and Rayne and what they’re up to and how they’re doing.

Another favorite thing about GAP LIFE was working with my excellent editor Liz Szabla. She pushed me to heighten the conflict in a number of places, and as a writer from Minnesota where we hold our feelings in and emphasize being nice, that was exactly what I needed.

And one other favorite thing is the cover. Anna Booth came up with a cover design that I love. I hope you do, too. 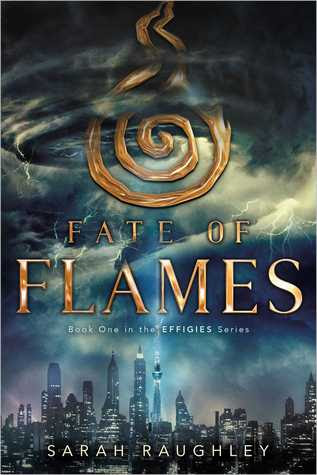 Four girls with the power to control the elements and save the world from a terrible evil must come together in the first epic novel in a brand-new series.

When Phantoms—massive beasts made from nightmares and darkness—suddenly appeared and began terrorizing the world, four girls, the Effigies, each gained a unique power to control one of the classical elements: earth, air, fire, and water. Since then, four girls across the world have continually fought against the Phantoms, fulfilling their cosmic duty. And when one Effigy dies, another girl gains her power as a replacement.

But now, with technologies in place to protect the world’s major cities from Phantom attacks, the Effigies have stopped defending humanity and, instead, have become international celebrities, with their heroic feats ranked, televised, and talked about in online fandoms.

Until the day that New York City’s protection against the Phantoms fails, a man seems to be able to control them by sheer force of will, and Maia, a high school student, unexpectedly becomes the Fire Effigy.

Now Maia has been thrown into battle with three girls who want nothing to do with one another. But with the first human villain that the girls have ever faced, and an army of Phantoms preparing for attack, there isn’t much time for the Effigies to learn how to work together.

Can the girls take control of their destinies before the world is destroyed forever?

Author Question: What is your favorite thing about Fate of Flames?

My favorite thing about Fate of Flames has to be all the girl power. And really, I think the phrase 'girl power' has been used and abused a lot in popular culture, but I think when it comes down to it, having a story told where the most prominent relationships are between girls is pretty cool. The main characters are not flawless super heroines. They're not perfect Mary Sues. They're kids who struggle and make mistakes like everyone else. The most important aspect, I think, is the fact that even when they fall down they get back up. I think that's an aspect about the story I really wanted to focus on.

Of course, the fact that they're also super-powered warriors is really awesome too. As a geek myself I really wanted to riff of some of the magical girl anime and TV series I watched as a kid, so fans of those kinds of series (like Buffy or Sailor Moon) will see those influences.

This is Our Story by Ashley Elston: Heather C. 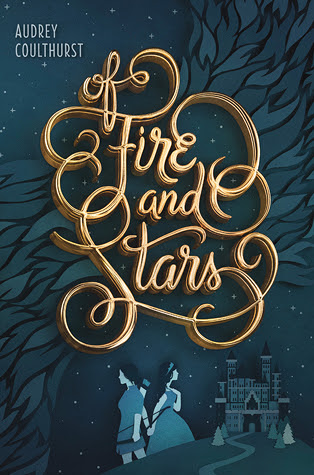 Betrothed since childhood to the prince of Mynaria, Princess Dennaleia has always known what her future holds. Her marriage will seal the alliance between Mynaria and her homeland, protecting her people from other hostile lands. But Denna has a secret. She possesses an Affinity for fire—a dangerous gift for the future queen of a kingdom where magic is forbidden.

Now, Denna must learn the ways of her new home while trying to hide her growing magic. To make matters worse, she must learn to ride Mynaria’s formidable warhorses before her coronation—and her teacher is the person who intimidates her most, the prickly and unconventional Princess Amaranthine (called Mare), sister of her betrothed.

When a shocking assassination leaves the kingdom reeling, Mare and Denna reluctantly join forces to search for the culprit. As the two work together, each discovers there’s more to the other than she thought. Mare is surprised by Denna’s intelligence and bravery, while Denna is drawn to Mare’s independent streak. Soon their friendship is threatening to blossom into something more.

But with dangerous conflict brewing that makes the alliance more important than ever, acting on their feelings could be deadly. Forced to choose between their duty and their hearts, Mare and Denna must find a way to save their kingdoms—and each other. 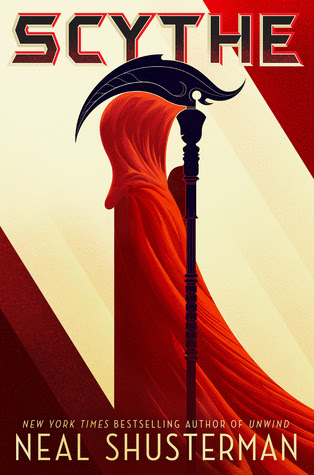 In a world where disease has been eliminated, the only way to die is to be randomly killed (“gleaned”) by professional reapers (“scythes”). Citra and Rowan are teenagers who have been selected to be scythe’s apprentices, and—despite wanting nothing to do with the vocation—they must learn the art of killing and come to understand the necessity of what they do.

Only one of them will be chosen as a scythe’s apprentice. And when it becomes clear that the winning apprentice’s first task will be to glean the loser, Citra and Rowan are pitted against one another in a fight for their lives. 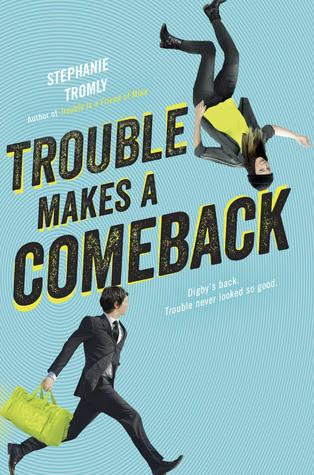 A whip-smart, screwball noir mystery—with snappy prose, wry humor, and breakneck dialogue—this sequel to Trouble Is a Friend of Mine is perfect for fans of Veronica Mars, Sherlock, John Hughes, and Carl Hiassen.

After a fall semester of fiascos: getting arrested, then kidnapped, then blown up in an explosion (all thanks to the weird but brilliant Philip Digby), Zoe Webster is looking forward to a quiet spring. Now that Digby has left town, she's finally built a regular high school life for herself. She's dating Miles, the alternate QB; she knows girls she considers friends; she's learning to enjoy being normal and semi-popular. Which of course is when Digby comes back: He's got a new lead on his missing sister and he needs Zoe's help.

Suddenly Zoe is tussling with a billionaire arch-villain, locking horns with armed goons, and digging into what makes the Digby family tick, even as she tries to navigate the confusing and emotionally fraught world of high school politics and locker-room drama. After all, it's hard to explain Digby to a boy like Miles, especially when Zoe isn't sure how she feels about Digby herself—or how he feels about her.

Now that Digby's back, get ready for another hilarious whodunit filled with razor-sharp dialogue, ridiculously funny action, and the most charismatic, dynamic duo you've ever met. And just try to stay out of trouble.