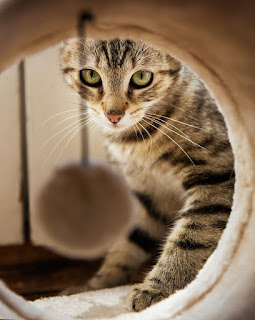 Becca Puglisi is one half of the fabulous team of authors behind the indispensable Thesaurus books, including The Emotion Thesaurus. She's also one of the geniuses behind One Stop for Writers. We're honored to have her here today to talk about the three different kinds of arcs that can help you shape your fiction.

When it comes to story structure, there are varying opinions—it’s absolutely necessary, it should be banned to the fiery pits of hell, it depends on the story, etc. Whether you’re a diehard planner or a serious pantser, there’s one part of the structure equation that you should know: what kind of character arc does it have? Knowing this will give you a better idea of what kind of story you have and how everything should eventually turn out. Then you can plan the in-between bits as much or as little as you want.


This character arc is the most common in storytelling. During the course of the story, the hero undergoes a much-needed transformation, which allows him to free himself from the fears, biases, and emotional wounds of his past. Without this baggage clouding his perspective and steering his actions, the hero is able to view his situation with clarity and act from a position of strength—not fear—which leads to achievement and fulfillment.

In the movie Good Will Hunting, main character Will is emotionally crippled by the wounds of the past—mainly, his parents’ abandonment when Will was a child and the subsequent horrors he suffered in the foster care system. While he seems to be content at the story’s start, it becomes apparent that he’s living far below his potential. He’s stuck in an existence categorized by safety, where no one can hurt him and he can’t be wounded by failure. Throughout the course of the story, Will encounters a series of people and events that allow him to examine himself and confront his past. In the end, he’s able to begin healing, take risks, and move toward living his life at its full potential.

If this is the kind of story you’re telling, there are a few things you should know about your character:


If you’re writing a story with a Change Arc, knowing the answers to these two questions will give you a clear picture of who your character is at the story’s start and how he should look at the end. Then you can figure out how to get him from point A to point B.


Not all stories end with a happily ever after. Sometimes the protagonist fails, resulting in a tragedy ending for the story. The source of this outcome is a failed arc, where the character was working towards internal growth but was unable to complete the necessary inner transformation to achieve it. His fear was too great, and the hero was either unable to change or he couldn’t change enough to achieve the desired outcome.

In Stephen King’s Carrie, the main character is fighting to overcome her upbringing by a fanatical, emotionally unstable mother while coming to grips with her own supernatural powers. When the cruelty of her peers and dear old Mom become too much, she gives in to her dark side and destroys everyone, including herself.

A story with a failed arc follows a very similar pattern to the change arc model: the character starts out with a missing need that’s related to an overall goal. Throughout the story, she’s faced with a series of challenges that provide her with the opportunity to grow and evolve. So if your character has this kind of arc, you’ll need to answer those two important motivation questions so you’ll know what she’s working toward. However, in a story like this, the character is unable to overcome her weaknesses. Instead of her making choices and taking the steps that would help her achieve her overall goal, she’ll choose poorly and fail to learn from her mistakes. The final pages of the story will find her returning to her unfulfilled state or sliding backward toward self-destruction.


These stories contain high action or are intensely plot driven, meaning there’s less emphasis on the character’s internal growth and more on him achieving a specific goal. The protagonist in one of these stories may not need to evolve internally to win. However, he is challenged heavily during the course of the story and so must hone his skills, gain knowledge, or apply learned techniques to overcome the forces that stand against him.

Indiana Jones and James Bond are good examples of characters with this kind of arc. Internal growth isn’t driving their actions, and they don’t undergo significant personal change by the story’s end. This doesn’t mean they’re not flawed; they should face situations that challenge them and their personal fears, such as Indiana’s snake phobia and Jack Ryan’s fear of flying. But the driving force in this kind of story will be the goal that needs to be achieved by the end: finding the Arc of the Covenant before the Nazis do or locating a Russian submarine and deflecting a nuclear war. Knowing both your character’s end goal and his strengths and weaknesses will allow you to structure your story in a way that allows him to move gradually toward getting what he wants.

Hopefully this clarifies the different kinds of character arcs and helps you understand which one is in your story. I know how confusing story structure can be. This is one reason why Angela and I created our Story Maps tool, which breaks the whole thing down into manageable pieces, with tutorials to explain the important points.

For more information, check it out at One Stop For Writers and see if it might be something you could use. 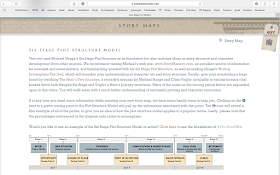 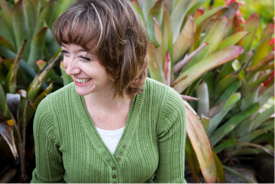 Becca Puglisi is an international speaker, writing coach, and bestselling author of The Emotion Thesaurus and its sequels. Her books are available in five languages, are sourced by US universities, and are used by novelists, screenwriters, editors, and psychologists around the world. She is passionate about learning and sharing her knowledge with others through her Writers Helping Writers blog and via One Stop For Writers—a powerhouse online library created to help writers elevate their storytelling. You can find Becca online at both of these spots, as well as on Facebook and Twitter.