This week we are happy to welcome Ilima Todd, author of REMAKE, to our blog as she discusses the importance of finding your tribe!

"There are thousands of writers out there who are going through the same thing you are... You don’t have to go this route alone. So get out there and find your tribe!"

After starting my writing journey several years ago, I’m currently writing my twelfth novel. I’ve written everything from short stories to novels with six-digit word counts, middle grade adventures to young adult sci-fi and adult romance. I’m with my third literary agent, have been published by a small press and a Big 5 publisher, and have shelved several books which will probably never see anyone’s eyes but my own. Through all of the ups and downs of writing and publication, I’ve learned the importance of having a support group to help me through the inevitable bumps along the road. So today I’d like to talk about finding your tribe.


Tribe (trīb/) noun: a social division in a traditional society consisting of families or communities linked by social, economic, religious, or blood ties, with a common culture and dialect.

I can’t think of a better definition for the people who decide to join this crazy adventure of writing. We are a unique community linked by our love of stories. We have our own language, behaviors, and motivations. United by the medium we use for creating art, it’s no wonder that we can find both solace and support from others within this writing community.


When I first decided to write a book, I searched “how to write a novel” on the internet. With a love of reading but no experience writing at all, I stumbled upon a plotting method called the Snowflake Method. The process helped me go from a small, one sentence idea and expand outward slowly until I had a well-outlined story. Over the next six months, I wrote my first book in longhand in a spiral notebook. I enjoyed the writing process so much it made me giddy at times, and I grew to love my “writing time” each day.


The first time I shared my words was when I handed that book out to family and friends to read. Though I realize now that book was terrible, they said they loved it and enjoyed it, giving me the confidence to start another story. It was around this time that I first had thoughts about pursuing publishing. I only knew two writers at the time (neither published yet), and one of them told me about a local writing conference, so I signed up and took my first novel to workshop. Not only did I learn that I had a very long road of learning to write in front of me, it was the first time I was ever around other writers.

"One of the ugly truths about writing is that it’s hard, it takes an emotional toll sometimes, and you will want to quit—probably more than once."


This was a different sort of tribe than my friends and family. These people would have long conversations about imaginary friends, authors they admired, and how to choose points of view. They’d brainstorm ways to fast draft, discuss the best plotting tools, and ask who would be doing NaNoWriMo that year. I’d never experienced anything like it before, and I felt like these people got it. They got me.


The best thing that came out of that first conference was finding my critique group. We were all a bit starry-eyed newbies with dreams of publication, and I love that we’ve experienced all our writer “firsts” together through the years as we’ve stretched and grown. Though we live all over the country, we’ve managed to stay together with daily emails, crit-group retreats, and attending more writing conferences together. I’ve come to depend on them not only for beta reads and revision feedback, but also for the cheerleading and support that carries me through the latest I-Want-To-Quit episode. They understand my struggles as a writer, and they’ve become close enough friends whom I can depend on through other life obstacles.


One of the ugly truths about writing is that it’s hard, it takes an emotional toll sometimes, and you will want to quit—probably more than once. I know that if I didn’t have a support system in place, I would have stopped writing years ago. And the times where I had to go without sleep for days to meet a deadline would have been a lot more miserable if I didn’t have the prayers and cheers of those supporters helping me.


Your tribe doesn’t have to be people you see everyday, as I can attest by my critique group. And it doesn’t have to be friends or family—especially if you’re surrounded by people who aren’t as thrilled about your writing pursuits as you are. Sometimes your tribe can be devoted readers who tweet support, or the stack of fan mail you have in a special file to read and buoy yourself on a hard day. I have several writer friends I’ve never met in real life, yet I’ve come to depend on their advice and counseling through social media writing groups or online comments. I attend and teach at several writing conferences each year and look forward to the special magic that forms wherever artists gather. I’ve even turned to books and blogposts by people I admire that keep me going when I just want to give up.

"Through all of the ups and downs of writing and publication, I’ve learned the importance of having a support group to help me through the inevitable bumps along the road."

The most important thing to remember, I think, is that you’re not alone. Sometimes writing feels like a solitary pursuit…just you and your computer in an isolated room. But there are thousands of writers out there who are going through the same thing you are. Who struggle with their current plot or character or lack of motivation to write. There are so many resources available—whether it’s for writing craft or emotional health. You don’t have to go this route alone. So get out there and find your tribe! 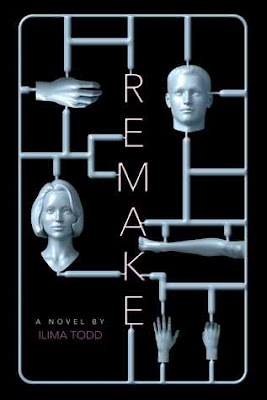 When seventeen-year-old Nine realizes that the promised freedom of Remake Day is a lie, her courage, heart, and beliefs are put to the test as she fights to regain control of her future.

Nine is the ninth female born in her batch of ten females and ten males. But Nine isn’t like every other batcher. She is worried about her upcoming Remake Day. That’s the day when she and the others in her batch will leave Freedom Province and fly to the Remake facility. There they can choose who—and what—they want to be. Everything from hair color to name to occupation to gender is theirs to select. Sounds perfect…but is it?

When something goes terribly wrong, Nine discovers that everything she thought she knew to be true about life outside of the Freedom Providence is actually a lie. Things that she’d been told were bad can be good, and decisions that she thought were hers to make have already been made for her.

Pulled between two worlds and two lives, Nine will have to decide what’s most important for her and her future. Her decisions will test her courage, her heart, and her beliefs. Who can she trust? Who does she love? And most importantly, who will she decide to be? 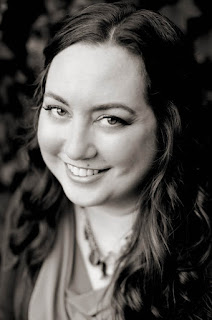 Ilima Todd was born and raised on the north shore of Oahu and dives for octopus with her dad every time she visits—otherwise she’s diving into books in the Rocky Mountains where she lives with her husband and four children.

She graduated from BYU with a degree in physics and eats copious amounts of raw fish and avocados without regret. But mostly she loves being a wife and mama and wouldn’t trade that job for anything in the world.