Sara Raasch, author of FROST LIKE NIGHT, on the importance of moving forward

FROST LIKE NIGHT is the final book in the Snow Like Ashes series, and we're excited to have Sara Raasch here to chat. 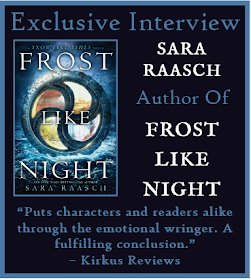 Sara, what do you hope readers will take away from FROST LIKE NIGHT?

That they are enough as they are.

The first book in my next series, coming Fall 2017! Another YA fantasy, this one about pirates :D 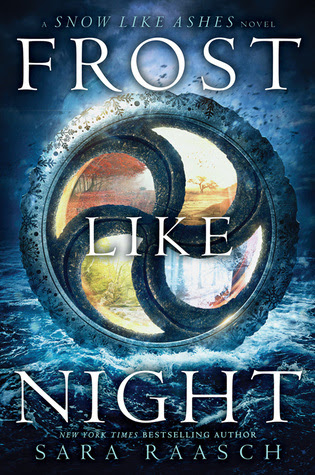 Angra is alive, his Decay is spreading—and no one is safe.

Meira will do anything to save her world. With Angra trying to break through her mental defenses, she desperately needs to learn to control her own magic—so when the leader of a mysterious Order from Paisly offers to teach her, she jumps at the chance. But the true solution to stopping the Decay lies in a labyrinth deep beneath the Season Kingdoms. To defeat Angra, Meira will have to enter the labyrinth, destroy the very magic she’s learning to control—and make the biggest sacrifice of all.

Mather will do anything to save his queen. He needs to rally the Children of the Thaw, find Meira—and finally tell her how he really feels. But with a plan of attack that leaves no kingdom unscathed and a major betrayal within their ranks, winning the war—and protecting Meira—slips farther and farther out of reach.

Ceridwen will do anything to save her people. Angra had her brother killed, stole her kingdom, and made her a prisoner. But when she’s freed by an unexpected ally who reveals a shocking truth behind Summer’s slave trade, Ceridwen must take action to save her true love and her kingdom, even if it costs her what little she has left.

As Angra unleashes the Decay on the world, Meira, Mather, and Ceridwen must bring the kingdoms of Primoria together…or lose everything. 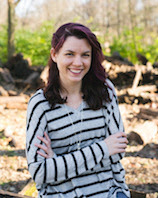 Sara Raasch has known she was destined for bookish things since the age of five, when her friends had a lemonade stand and she tagged along to sell her hand-drawn picture books too. Not much has changed since then — her friends still cock concerned eyebrows when she attempts to draw things and her enthusiasm for the written word still drives her to extreme measures. Her debut YA fantasy, SNOW LIKE ASHES, the first in a trilogy, came out October 14, 2014 from Balzer + Bray. It does not feature her hand-drawn pictures.

Have you had a chance to read FROST LIKE NIGHT yet? Do you feel that you are enough as you are? Do you have the perseverance to keep moving forward? Share your thoughts about the interview in the comments!