SEA SPELL is the final novel in the Waterfire Saga, and we're delighted to have Jennifer Donnelly with us to share more about it. 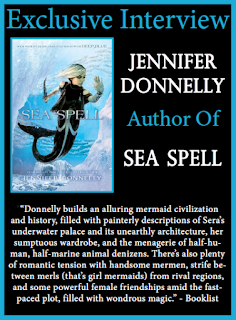 The ending scenes were very hard to write, and I'm very proud of them. I don't want to give anything away, but SEA SPELL is the end of the Waterfire Saga, and there's a lot of emotion in the final chapters. The six mermaid friends have faced many challenges during the series, and it was important to me to show how they've grown smart and strong from those challenges -- because they're going to need that strength to battle an old, and dangerous, enemy.

It showed me that it's no matter how long you've been writing, it never gets any easier to say goodbye to characters you've come to know, love, and admire.

What do you hope readers will take away from SEA SPELL?

Many things. A belief in the power of friendship. A realization we're not born brave or strong or smart -- we get that way by trying and failing, and trying again. And a deep, deep love for our seas, rivers, and lakes, and the creatures who call those places home. 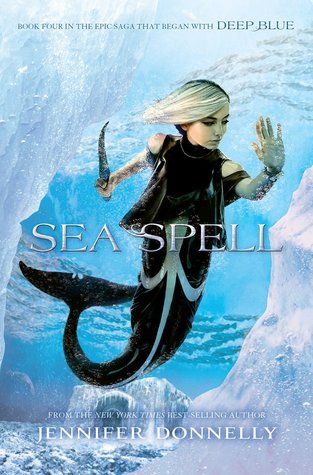 At the end of Dark Tide, Book 3 in the Waterfire Saga, Astrid leaves her mermaid friends to confront her ancestor, Orfeo, the evil force behind the rise of the monster Abbadon. Orfeo possesses one of the six talismans that the merls need in order to keep the monster locked up forever. But without the ability to songcast, how will Astrid be able to defeat the most powerful mage in history? Meanwhile, Serafina and her Black Fins train goblin troops for battle against her uncle Vallerio's death riders. Will Sera ever see her beloved home--and her beloved Mahdi--again, or will the Volneros take over the mer realms while Orfeo takes on the gods themselves? Nothing less than the fate of the underwater world is at stake in this breathtaking finale.

Jennifer Donnelly is an award-winning author of both adult and children’s books. For adults she has written a trilogy of best-selling books that includes The Tea Rose, The Winter Rose, and The Wild Rose. Her first young adult novel, A Northern Light, received many accolades, among them the Los Angeles Times Book Prize, a Carnegie Medal in the UK, and a Michael L. Printz Honor. Her second young adult novel, Revolution, was named a Best Book of 2010 by Kirkus Reviews and School Library Journal, and the audiobook received a 2011 American Library Association Odyssey Honor. She lives in New York’s Hudson Valley.
jenniferdonnelly.com

Have you had a chance to read SEA SPELL yet? Do you find it hard to say goodbye to characters when finishing a novel? Are you willing to try and fail and then try again in order to succeed? Share your thoughts about the interview in the comments!