Today we are delighted to have Stasia Ward Kehoe, author of AUDITION and THE SOUND OF LETTING GO, (and 1st 5 Pages Writing Workshop Mentor!) share her insight on the 4 essential elements needed in the 1st 5 pages of a manuscript!

When you discuss in-progress manuscripts, you see passion for cool characters, twisty plots, even unique settings, sparkle in authors’ eyes. Yet, those self-same writers often struggle to translate their energy onto the opening pages of their novels so that readers become equally excited. Here are two common reasons WHY:


So, how does one render an agent, editor and reader unable to resist turning those first pages? By making sure to include these 4 ESSENTIAL ELEMENTS of a strong opening:


The more you read strong examples of authors who successfully incorporate these essential four elements into their opening chapters, the more you will discover how to do this in your own work. 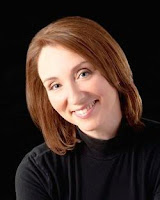 Stasia Ward Kehoe is the author of AUDITION and THE SOUND OF LETTING GO from Viking (Penguin Random House).


She can be found online at www.stasiawardkehoe.com or in-person writing in spurts between carpooling, laundry, and cooking for four hungry sons.

She lives in a horsey suburb of Seattle, WA, but is allergic to horses (See? Tension!)
Erin Cashman at 7:00 AM