Eight Steps to Applying the Right Revision Tool for Your Manuscript 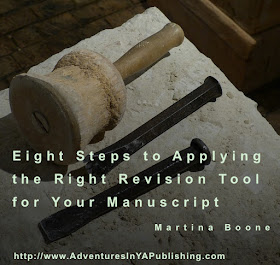 Revision is as much an art as writing. In fact, you could argue that revision is more important than the first draft in achieving the full potential of a novel. But not all revisions are created equal.

Writing is like creating a sculpture. Michelangelo, Donatello, Bernini, Rodin, Cellini, any great sculptor, had a similar process. They:

The Writer's Revision Tools for Scuplting a Manuscript