Tom Ellen and Lucy Ivison, author of A TOTALLY AWKWARD LOVE STORY, on a contest resulting in publication

A TOTALLY AWKWARD LOVE STORY is the debut novel from Tom Ellen and Lucy Ivison, and we're delighted to have them stop by to chat about it. 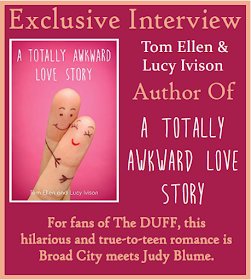 Tom and Lucy, how long did you work on A TOTALLY AWKWARD LOVE STORY?

We came up with the idea towards the end of 2011, and then it probably took us from January to September 2012 to write the first draft - that was with us both having full-time jobs, as well. And then it was another three-four months to do all the re-drafting stuff throughout 2013... So it took maybe a year in total.


What do you hope readers will take away from A TOTALLY AWKWARD LOVE STORY?

Well, firstly, it is a comedy, so we hope they'll laugh a lot! But aside from that, it'd be really nice if all the awkwardness in the book made teenage readers realize that EVERYONE goes through embarrassing stuff when they're 17-18 years-old, and EVERYONE feels unconfident and unsure of themselves sometimes.


We feel quite bad about this, but our road to publication was not very long or hard... Basically, we saw an advert for a children's/YA competition run by the Times newspaper in the UK, and we entered our first draft into that. The winner got a publishing contract with Chicken House books. We got down to the final five, and although we didn't win, Chicken House said they still wanted to publish the book anyway. So we were wildly, ecstatically happy about that! This was the first book we had tried to write, so we were very fortunate to have such a relatively stress-free journey to publication... We did try to write a sitcom together before we wrote this book, but that was a bit of a non-starter, so we decided to try novels instead! 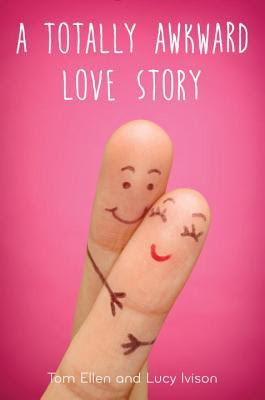 The summer before college, Hannah swears she’s finally going to find The One. And for five perfect minutes, Hannah does find him. He’s cute and makes her laugh like crazy. She just wishes she’d caught his name, because Toilet Boy Cinderella really lacks sex appeal.

For Sam, the summer is off to a bad start for a million reasons. But for five minutes his luck changes: in a fancy restroom painted purple like it belongs in a Bond villain hideaway, Sam falls head over heels for some strange and hilarious girl. Of course, he doesn’t know her name. With his luck, he’ll never see her again, and he’ll remain a girlfriendless, moony-eyed virgin. Forever.

But another chance meeting brings them together, only to have a chance misunderstanding drive them apart . . . and then the cycle starts all over again. Madcap mishaps, raunchy hilarity, and deep romance follow these two wherever they go. For two people so clearly destined for each other, they sure have a hell of a lot of trouble even getting together. 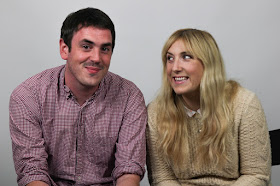 Tom Ellen and Lucy Ivison met at the end of high school and quickly became sweethearts. Though they broke up in college, they remain best friends. Lucy runs the online teen magazine Whatever After and teaches in girls’ schools across London, specializing in building confidence and creativity. Tom is a journalist and has written for Time Out, Vice, ESPN, Glamour, and many other publications. They cowrote A Totally Awkward Love Story, which was partially inspired by their own high school relationship. This is their first novel. Follow Lucy on Twitter at @lucyivison
--

To find out more about A TOTALLY AWKWARD LOVE STORY, check out other stops on the blog tour:

April 25: Take Me Away To A Great Read
April 26: Fiktshun
April 27: The Fandom
April 28: A Dream Within A Dream
April 29: Reviews Coming At YA
May 2: YA Books Central
May 2: Adventures in YA Publishing
May 3: Hypable.com
May 4: A Midsummer Night's Read
May 5: Lost in Literature
May 6: Bibliophile Support Group
May 7: Adventures in YA Publishing
May 9: Once Upon a Twilight
May 10: The Social Potato
May 11: Butter My Books
May 12: Peace Love Books
May 13: Tales of a Ravenous Reader
May 16: Me, My Shelf and I
May 17: No More Grumpy Bookseller
May 18: The Irish Banana

Have you had a chance to read A TOTALLY AWKWARD LOVE STORY yet? Have you tried writing a book with someone you used to date? Are you totally jealous of their relatively easy road to publication? Share your thoughts about the interview in the comments!