Writing vs Being a Writer by Jessica Love

Today we're welcoming Jessica Love to the blog. Jessica is co-author of the popular Push Girl, and her debut as a solo author, In Real Life, published in March this year. Jessica has written a thoughtful post on remembering to write, that speaks to writers at all stages of their writing journey.

Writing vs Being a Writer by Jessica Love

Sometimes the best advice comes when you're not even looking for it.

For me, the most game-changing advice I received at the 2011 SCBWI national conference in LA wasn't a key line from one of the keynote speakers or something I jotted down during a panel. No, I heard this advice while I was sitting in the lobby bar, and it came from the person sitting behind me, an author whose debut novel would be coming out the next year.

She said, "You can only come to so many of these things without something happening for you before you're just a publishing groupie."

Now, she wasn't talking to me. She likely had no idea I was listening like a creeper to her conversation with her friends. And I doubt now she even remembers saying this. But it lodged like shrapnel into my brain, and it started a fire under me.

It reminded me a lot of another piece of writing advice from William Faulkner. He said, "Don't be a writer. Be writing."

At that point, back in 2011, I was writing. I had a half-finished manuscript. I was struggling to complete it, but I was close to giving up. I was also trying to learn about the publishing business. I spent a lot of time on twitter stalking agents. Participating in writing chats. Going to conferences. Blogging, and commenting on the blogs of other writers. I was writing, yes, but I was spending more time "being a writer" than I was actually writing.

That's why this author's comment hit me so hard. Did I want to come back to the SCBWI conference the following year with no progress made? Did I want to be here in two, three, five years still stalking agents? Or did I want to be where she was, with a deal in hand and a book on the way?

Now, I know there are so many things in publishing that are out of our control. I could complete several amazing books and never get an agent. I could have book after book go on submission to editors and never sell. But there were things that were within my control, like finishing my manuscript, no matter how difficult and scary it was. Like starting another one and finishing that one, too.

It's easy to get caught up in the life of a writer, and to spend all our free time talking the talk. Just like it's easy to keep starting books but never finishing them, or to have a notebook full of ideas and never do anything with them. But you can't just live the life of a writer without writing...then you're just a publishing groupie. You're just the person showing up at the conference year after year after year still poking at the same manuscript because you're too scared to move forward.

This author and her pretty harsh assessment of the publishing groupies helped motivate me to finish that manuscript I had been working on forever. (Seriously, it had been 3 years at this point.) Then I queried it and got an agent, and now I have books on the shelf. And I honestly don't know if I would have been able to do it without that tough love kick in the pants from someone I had been eavesdropping on. Yeah, it was a bit of a groupie move, but it all worked out. 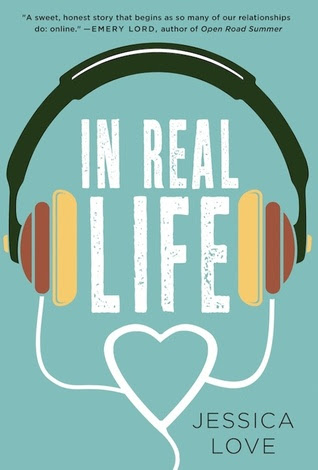 Hannah Cho and Nick Cooper have been best friends since 8th grade. They talk for hours on the phone, regularly shower each other with presents, and know everything there is to know about one another.

Hannah has spent her entire life doing what she's supposed to, but when her senior year spring break plans get ruined by a rule-breaker, she decides to break a rule or two herself. She impulsively decides to road trip to Vegas, her older sister and BFF in tow, to surprise Nick and finally declare her more-than-friend feelings for him.

Hannah's romantic gesture backfires when she gets to Vegas and meets Nick's girlfriend, whom he failed to mention. And it turns out his relationship status isn't the only thing he's been lying to her about. Hannah knows the real Nick can't be that different from the online Nick she knows and loves, but now she only has one night in Sin City to figure out what her feelings for Nick really are, all while discovering how life can change when you break the rules every now and then.

Jessica Love is a high school English teacher who lives in Southern California with her husband and their two tiny dogs. She's working on her Master's Degree in Writing for Children and Young Adults from Spalding University, and her big love is contemporary YA romance. Jessica spends all of her free money on concerts, constantly tries to prove that blondes have more fun, and is pretty much always on the internet.