TWO Giveaways, plus New Releases and Author Interviews for this week 4/18-4/24

Happy Monday! While there may only be two giveaways this week, they're good ones! SCARLETT EPSTEIN HATES IT HERE seems perfect for bigtime fans of YA. And we also have THE EPIDEMIC up for grabs, a novel that takes place before the best-selling THE PROGRAM!

Don't forget to check out all the other releases this week and enter to win at the bottom of the post! 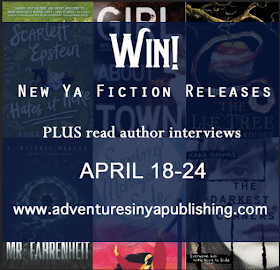 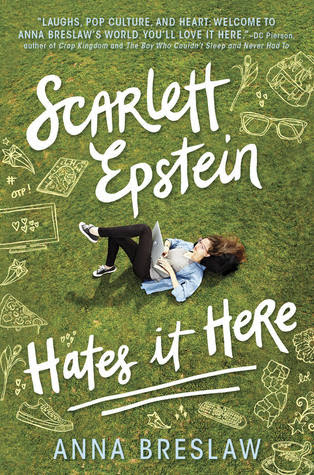 When Scarlett’s beloved TV show is canceled and her longtime crush, Gideon, is sucked out of her orbit and into the dark and distant world of Populars, Scarlett turns to the fanfic message boards for comfort. This time, though, her subjects aren’t the swoon-worthy stars of her fave series—they’re the real-life kids from her high school. Scarlett never considers what might happen if they were to find out what she truly thinks about them...until a dramatic series of events exposes a very different reality than Scarlett's stories, forever transforming her approach to relationships—both online and off. 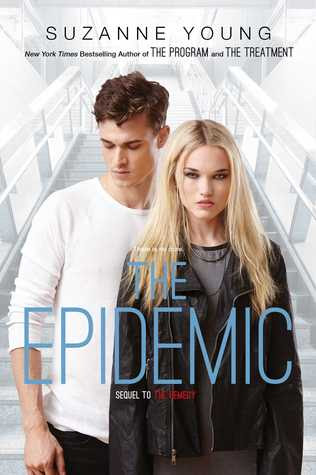 Can one girl help others find closure by slipping into the identities of their loved ones? Find out in this riveting sequel to The Remedy and companion to the New York Times bestselling The Treatment and The Program.

In a world before The Program, Quinlan McKee has spent her life acting as other people. She was a closer, a person hired to play the role of the recently deceased in order to give their families closure. Through this process, Quinn learned to read people and situations, even losing a bit of herself to do so. But she couldn’t have guessed how her last case would bring down her entire world.

The only person Quinn trusts is Deacon, her best friend and the love of her life. Except Deacon’s been keeping secrets of his own, so Quinn must set out alone to find Arthur Pritchard, the doctor who’s been trying to control her life. The journey brings Quinn to Arthur’s daughter, Virginia, who tells Quinn the truth about Pritchard’s motives. The former closer will start to see that she is the first step in fighting an epidemic.

But Quinlan doesn’t want to be a cure. And with all the lies surrounding her, she realizes she has no one left to rely on but herself, even if she doesn’t know who that is anymore.

Congratulations to everyone who won!

Not too long ago, Lucille O’Malley was living in a tenement in New York. Now she’s Lulu Kelly, Hollywood’s newest It Girl. She may be a star, but she worries that her past will catch up with her. Back in New York she witnessed a Mafia murder, and this glamorous new life in Tinseltown is payment for her silence.

Dashing Freddie van der Waals, the only son of a New York tycoon, was a playboy with the world at his feet. But when he discovered how his corrupt father really made the family fortune, Freddie abandoned his billions and became a vagabond. He travels the country in search of redemption and a new identity, but his father will stop at nothing to bring him home.

When fate brings Lulu and Freddie together, sparks fly—and gunshots follow. Suddenly Lulu finds herself framed for attempted murder. Together, she and Freddie set out to clear her name. But can they escape their pasts and finally find the Hollywood ending they long for?

Author Question: What is your favorite thing about Girl About Town?

Adam Shankman: I think it’s the marrying of two of my favorite literary obsessions from growing up: the Hardy Boys and Nancy Drew books, and Nick and Nora Charles, at least their era and magnetic banter-filled relationship. All these characters delighted in solving the crimes and riddles in front of them, and did so with a great deal of whimsy and style.

Laura L. Sullivan: It has to be the setting. The 1930s are such a study in contrasts – the height of sophistication set against the desperation of the Depression. Sparkle and squalor side by side make a great background for strong characters like Lulu and Freddie. 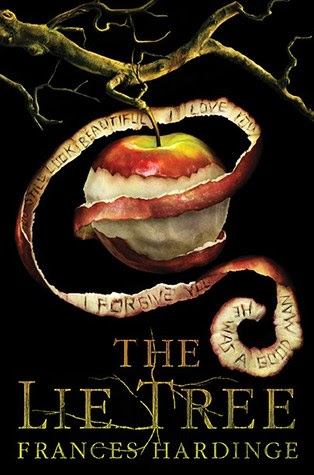 In this deliciously creepy novel by the author of the critically acclaimed Cuckoo Song, the fruit of a magical tree uncovers dangerous truths

Faith Sunderly leads a double life. To most people, she is reliable, dull, trustworthy—a proper young lady who knows her place as inferior to men. But inside, Faith is full of questions and curiosity, and she cannot resist mysteries: an unattended envelope, an unlocked door. She knows secrets no one suspects her of knowing. She knows that her family moved to the close-knit island of Vane because her famous scientist father was fleeing a reputation-destroying scandal. And she knows, when her father is discovered dead shortly thereafter, that he was murdered.

In pursuit of justice and revenge, Faith hunts through her father’s possessions and discovers a strange tree. The tree only bears fruit when she whispers a lie to it. The fruit of the tree, when eaten, delivers a hidden truth. The tree might hold the key to her father’s murder—or it may lure the murderer directly to Faith herself.

Author Question: What is your favorite thing about The Lie Tree?

When I originally finished writing THE LIE TREE, I would have found this a very difficult question to answer. My relationship with my work-in-progress is nearly always a bit stormy, and by the time I'm two-thirds of the way through I usually hate it. When I handed over the first draft of THE LIE TREE, I had reached the point where I liked nothing about it.

However, that red mist of loathing has now dissipated, and I can remember why I was excited about writing the book in the first place. In the case of THE LIE TREE, I think the aspect I'm happiest with is my heroine, Faith. She wasn't easy to write, and shouldn't always be easy to like. There's a dark side to her, and a lot of suppressed rage, not all of which finds an outlet in the right direction. 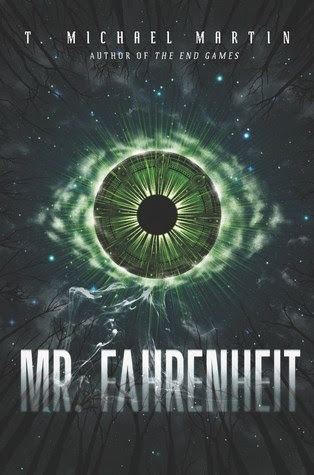 Stephen King meets Super 8 (with some Friday Night Lights thrown in!) in this coming-of-age novel about a group of teens who witness a flying saucer approaching earth, from the author of The End Games.

Benji’s lived his whole life in the same sleepy midwestern town—the same town his father grew up in, and his grandfather. But he wants nothing more than to put his past in the rearview mirror as soon as he graduates high school. Benji yearns for a Moment—the Moment that will redeem and transform his ordinary life. The Moment that will propel him into a new, star-bright future.

Then one night, the Moment happens:

Benji and his tight group of friends—CR, Ellie, and Zeeko—accidentally shoot down a flying saucer in the local quarry. At Benji’s urging, they decide to keep it a secret and solve its mysteries on their own. But as they face threats both earthly and alien and old tensions among the friends surface, Benji begins to question whether this Moment is the miracle he’s always dreamed of—or a curse that could destroy them all.

A heart-stopping adventure, a tender romance, a smart exploration of ideas of memory and time—and a fond homage to UFO movies—Mr. Fahrenheit is another stunner from T. Michael Martin. 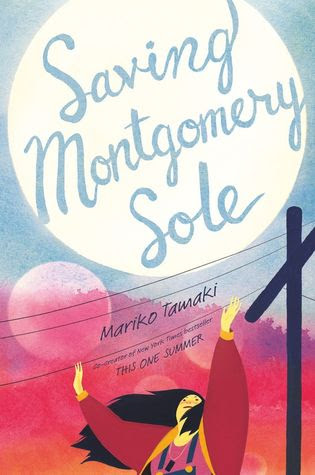 Montgomery Sole is a square peg in a small town, forced to go to a school full of jocks and girls who don't even know what irony is. It would all be impossible if it weren't for her best friends, Thomas and Naoki. The three are also the only members of Jefferson High's Mystery Club, dedicated to exploring the weird and unexplained, from ESP and astrology to super powers and mysterious objects.

Then there's the Eye of Know, the possibly powerful crystal amulet Monty bought online. Will it help her predict the future or fight back against the ignorant jerks who make fun of Thomas for being gay or Monty for having two moms? Maybe the Eye is here just in time, because the newest resident of their small town is scarier than mothmen, poltergeists, or, you know, gym.

Thoughtful, funny, and painfully honest, Montgomery Sole is someone you'll want to laugh and cry with over a big cup of frozen yogurt with extra toppings. 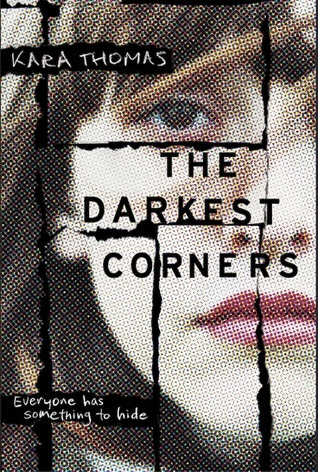 For fans of Gillian Flynn’s Dark Places and Sara Shepard’s Pretty Little Liars, The Darkest Corners is a psychological thriller about the lies little girls tell, and the deadly truths those lies become.

There are ghosts around every corner in Fayette, Pennsylvania. Tessa left when she was nine and has been trying ever since not to think about it after what happened there that last summer. Memories of things so dark will burn themselves into your mind if you let them.

Callie never left. She moved to another house, so she doesn’t have to walk those same halls, but then Callie always was the stronger one. She can handle staring into the faces of her demons—and if she parties hard enough, maybe one day they’ll disappear for good.

Tessa and Callie have never talked about what they saw that night. After the trial, Callie drifted and Tessa moved, and childhood friends just have a way of losing touch.

But ever since she left, Tessa has had questions. Things have never quite added up. And now she has to go back to Fayette—to Wyatt Stokes, sitting on death row; to Lori Cawley, Callie’s dead cousin; and to the one other person who may be hiding the truth.

Only the closer Tessa gets to the truth, the closer she gets to a killer—and this time, it won’t be so easy to run away. 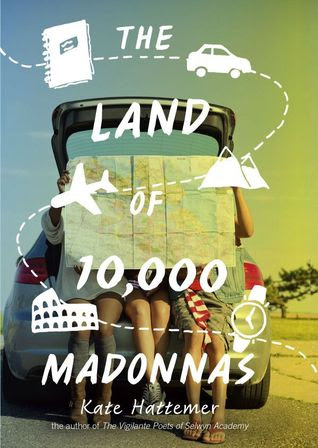 Five teens backpack through Europe to fulfill the mysterious dying wish of their friend in this heartwarming novel from the author of The Vigilante Poets of Selwyn Academy.

Jesse lives with his history professor dad in a house covered with postcards of images of the Madonna from all over the world. They’re gotten used to this life: two motherless dudes living among thousands of Madonnas. But Jesse has a heart condition that will ultimately cut his life tragically short. Before he dies, he arranges a mysterious trip to Europe for his three cousins, his best friend, and his girlfriend to take after he passes away. It’s a trip that will forever change the lives of these young teens and one that will help them come to terms with Jesse’s death.

With vivid writing, poignant themes, and abundant doses of humor throughout, Kate Hattemer’s second novel is a satisfying journey about looking for someone else’s answers only to find yourself.