Roshani Chokshi, author of THE STAR-TOUCHED QUEEN, on narratives from different cultures

We're thrilled to have Roshani Chokshi join us to share more about her novel THE STAR-TOUCHED QUEEN. 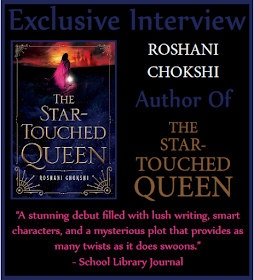 Roshani, what was your inspiration for writing THE STAR-TOUCHED QUEEN?

My family. I grew up in a mixed-race home and was raised on tales of vicious and beautiful maidens. Rakshasis who had the face of seraphs, but hid long fangs behind those perfect lips. Manannangals who appeared beautiful, but thirsted for blood. Princesses who were ruthless and cunning. Tales of the Underworld where the Kingdom of The Dead was little more than a crossroads on the way to your next life. I wanted to explore stories where people like me were the protagonists. I love retelling tales because everyone is familiar with the bones of a story, but how you build upon those foundations makes all the difference.

How long did you work on THE STAR-TOUCHED QUEEN?

I worked on it not too seriously from 2012-2013, and then very seriously from October 2013-April 2014. I was working in a freezing tax law office as an assistant (read: Reluctant Devotee of Capricious Scanner) and should have been studying for the LSAT but inspiration for TSTQ kept conveniently striking…

What do you hope readers will take away from THE STAR-TOUCHED QUEEN?

I hope TSTQ inspires readers to seek out narratives from different cultures. I hope they take away a little enchantment. Or maybe the lingering flavor of fairy fruit. I hope their dreams are a little star-touched. 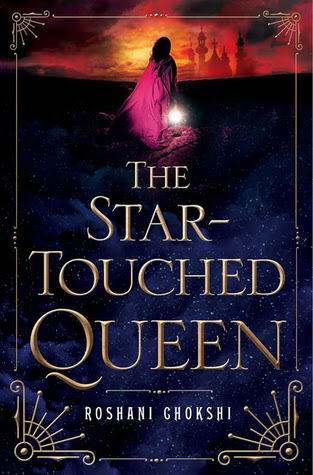 Cursed with a horoscope that promises a marriage of Death and Destruction, sixteen-year-old Maya has only earned the scorn and fear of her father's kingdom. Content to follow more scholarly pursuits, her world is upheaved when her father, the Raja, arranges a wedding of political convenience to quell outside rebellions. But when her wedding takes a fatal turn, Maya becomes the queen of Akaran and wife of Amar. Yet neither roles are what she expected. As Akaran's queen, she finds her voice and power. As Amar's wife, she finds friendship and warmth.

But Akaran has its own secrets - thousands of locked doors, gardens of glass, and a tree that bears memories instead of fruit. Beneath Akaran's magic, Maya begins to suspect her life is in danger. When she ignores Amar's plea for patience, her discoveries put more than new love at risk - it threatens the balance of all realms, human and Otherworldly.

Now, Maya must confront a secret that spans reincarnated lives and fight her way through the dangerous underbelly of the Otherworld if she wants to protect the people she loves.

The Star-Touched Queen is a lush, beautifully written and vividly imagined fantasy inspired by Indian mythology.

Roshani Chokshi comes from a small town in Georgia where she collected a Southern accent, but does not use it unless under duress. She grew up in a blue house with a perpetually napping bear-dog. At Emory University, she dabbled with journalism, attended some classes in pajamas, forgot to buy winter boots and majored in 14th century British literature. She spent a year after graduation working and traveling and writing. After that, she started law school at the University of Georgia where she's learning a new kind of storytelling. The Star-Touched Queen is her first novel.

Have you had a chance to read THE STAR-TOUCHED QUEEN yet? Does inspiration usually strike when you should be doing something else? Are your dreams a little star-touched? Share your thoughts about the interview in the comments!