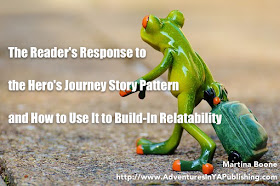 We all love the stories we weave in our heads, so much so that it can be hard to understand how other people can fail to find them equally fascinating. The reason for the lack of enthusiasm is often complicated. Sometimes the story is just a little too familiar, or not yet fully formed, or perhaps the characters simply don't display enough emotion or common ground with the reader to establish a firm connection. Often, though, it's a lack of familiarity that trips us up, a divergence from the pattern of story that readers have come to expect.

That's not to say that stories should all be the same. It's simply that there is a pattern to the structure that has been written and studied since Aristotle first set forth his theory of tragedy. That's since been expanded by Freytag, who applied it to virtually every type of story and gave it a visual roadmap with what's come to be called Freytag's pyramid. But these authors didn't invent the structure of plot; they simply pointed out what has existed in storytelling since early man first sat around a cookfire and described how the day's dinner had been fought and caught.

Lisa Cron, in Wired for Story, points out that:

“Recent breakthroughs in neuroscience reveal that our brain is hardwired to respond to story; the pleasure we derive from a tale well told is nature’s way of seducing us into paying attention to it.”

Joseph Campbell, the great mythologist, described used a phrase in his epic The Hero With a Thousand Faces that has always stuck with me as the essence of what the best stories invariably are, because they "echo the everlastingly recurrent theme of the wonderful song of the soul's high adventure."

It was Campbell who, through a comparative analysis of a wide range of mythologies, identified "The Hero's Journey," a common pattern of narrative that not only appears in book-length fiction and short stories, but also in drama and oral storytelling. More importantly, it mirrors our own psychological development. In short, it is a pattern that, as humans, we recognize and crave.

Christopher Vogler, author of The Writer's Journey, and a well-known writing coach, story analyst, and story consultant for film producers and studios points out:

"Such stories are true models of the workings of the human mined, true maps of the psyche. They are psychologically valid and realistic even when they portray fantastic, impossible, unreal events.

This accounts for the universal power of such stories. Stories built on the model of the hero myth have an appeal that can be felt by everyone, because they spring from a universal source in the collective unconscious, and because they reflect universal concerns. They deal with the child-like but universal questions: Who am I? Where did I come from? Where will I go when I die? What is good and what is evil? What must I do about it? What will tomorrow be like? Where did yesterday go? Is there anybody else out there?"

The Hero's Journey pattern of story addresses this questions. It contains twelve elements, each with something specific to give your reader:

Consider your own story against the above pattern. Can you see the similarities? Can you see where you're missing any of the elements, or where you need to heighten them?

Let me try giving you the same structure in a slightly different way. There are thirteen basic questions, and by answering them, you can make sure your story is going to work at the primal level.

The questions are really just another way of wringing the story out of your heart and getting it on paper. Chances are, if you love your story, you already know the answers. If you don't, dig just a little bit deeper, and you'll be bringing your book to a level that readers will intrinsically recognize as a "solid" story. One that meets their unacknowledged but nevertheless deeply rooted expectations.

Bottom line? The structure is adaptable. There are no hard and fast rules to how you apply it, nothing that says write this, then that, then that. Don't think of The Hero's Journey as a restraint on your creativity, but rather as the cushion that you can use to hold your reader comfortably enough so that he or she can appreciate your creativity in applying the structure to the story that only you can tell.

We'll take a deeper look at some of the elements in the coming weeks.

"Beautifully written, with vivid characters, a generations-old feud, and romance that leaps off the page, this Southern ghost story left me lingering over every word, and yet wanting to race to the compelling finish. Martina Boone's COMPULSION is not to be missed." — Megan Shepherd, Author of THE MADMAN'S DAUGHTER
"Martina Boone's COMPULSION is the perfect southern family saga, charming and steamy on the surface, with cold-blooded secrets buried down deep. What more do you want? More time to read it, that's what." — Kendare Blake, author of ANNA DRESSED IN BLOOD and ANTIGODESS
Martina Boone at 6:00 AM