Today we're welcoming Carol Snow to the blog. Her fourth book for teens (she also writes for adults), THE LAST PLACE ON EARTH was published at the end of February, and follows a wealth of beautifully written books -- all of which have been nominated for awards and included in several notable book lists. Today, Carol is writing about how talking to strangers can make you a better writer.

We hadn’t known each other long, but already Gavin was confiding plans for a Christmastime marriage proposal. Unbeknownst to his girlfriend, over Thanksgiving he had travelled from California to Tennessee to ask for her parents’ blessing. It meant taking time off work, but it was important to do things right. They had met in a bible study group, after all.

I am more cat than dog, more introvert than extrovert. I am a writer, after all; I am shy. But for as long as I can remember, total strangers have entrusted me with their secrets and asked for my advice. It’s not just an American thing, either. Drop me in a foreign city, and before you know it, someone will ask me for directions. (Well-intentioned but utterly lacking an internal compass, I apologize to all the befuddled tourists I have gotten lost, occasionally with the assistance of Google Translate.)

When I say Gavin and I hadn’t known each other long, what I mean is that he was my checker at Target. We had known each other for the time it took to scan and bag my purchases. I wasn’t even buying much. Who knows what else he would have confessed if only my cart had been fuller?

I am female, petite, middle-aged; in other words, I look incredibly nonthreatening, which is surely part of my appeal. (Let us pause to consider how infrequently “middle-aged” and “appeal” appear in the same sentence.) But I think it’s more than that. People fascinate me. Everyone has a story, and I ask a lot of questions. So when a grocery store checker inquires, “How was your Thanksgiving?” (Chatty clerks are an American thing) my natural impulse is to lob the question back: “Nice. How was yours? Did you have to work on the holiday?” Cue the impending marriage proposal story.

One of the first rules every fiction writer learns is “write what you know.” It is good advice, up to a point. Your family, your community, your workplace: you have a deep and intimate knowledge of these things and can write about them with authenticity. But unless you are going to populate your stories with characters who are thinly-veiled versions of people you already know (which can be limiting; also dangerous), you need to expand your understanding of humanity. How do other people think? What is important to them? What obstacles do they face? How do they see themselves in relation to others?

I did not rush home from Target and transcribe Gavin’s story. (His name wasn’t even Gavin; I can’t remember what his nametag said.) Nor did I transcribe my conversation with Enrique (whose name really was Enrique), the shuttle driver at my car dealership who, after five years at the same company, is hoping to be promoted to customer relations representative, which would allow him to quit his night shift driving a hospital car service and give him more time with his wife (they met in high school; she is studying to be a computer programmer) and their two kids. I haven’t recorded the countless conversations I have had with Uber drivers, hair assistants, or the old woman in the sari who walks on the path behind my house and who has informed me, on more than one occasion (and always in an ominous tone), that I should wear a hat to protect myself from the California sun.

A writer can – and should – use real-life details whenever possible. To broaden the possibilities of your imaginary worlds, pay attention to the real world around you. Watch; listen. Next time you have a free afternoon, settle into a Starbucks with a Venti drink, being careful to choose a seat near some loud talkers, and transcribe their conversation. Creepy? Maybe. But anyone that disruptive deserves it, and there’s no better way to get a feel for dialogue. When you’re a writer, eavesdropping is practically a career requirement.

But for me, the rules change when I engage someone in conversation, even if it is three minutes at a checkout. When I ask questions of people who have entirely different lives than my own, it is not so I can reduce them to two-dimensional characters, but to better appreciate how circumstances can bring a person to any given point and place in time.

So talk to strangers -- but don’t use them. Think about what they say, and try to see the world beyond your narrow perspective. If you gain a wider appreciation and understanding of humanity, you will be a better writer – and maybe even a better person as well. 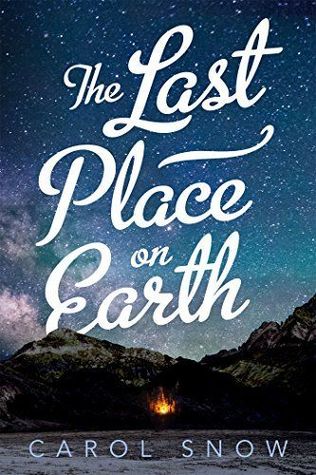 Called “an author to watch” by Booklist, Carol Snow is an American author of contemporary women’s fiction and young adult literature. Carol grew up in New Jersey. Much of her childhood was spent immersed in books; the rest was focused on avoiding dodgeball. In addition to her psychology degree from Brown University, she holds an M.A.T. in English from Boston College. Before getting her first book published, she had the typical (for a writer) assortment of odd jobs: tour guide, tutor, chambermaid, waitress. She worked for a T-shirt company, a child services agency, and a vanity press. She even had a short stint in local politics. Her campaign brochures were really pretty, with flawless punctuation.