Maggie Hall is the author of the powerful YA thriller, The Conspiracy of Us, and the recently released sequel, Map of Fates (March 8th). Today, she's talking about ways to trick your brain into writing productivity -- something most writers can benefit from!

I have a book on deadline right now. That book happens to be really fighting me. I’ve done everything: I’ve outlined, I’ve tried freewriting, I’ve tried going back and figuring out where I went wrong. And I’m at the point where I will do literally anything so as to not think about it. So what am I doing right now? I’m writing this post so that I will have an excuse not to work on my book.

I have discovered what I call Productive Procrastination, and I am making far better use of my time.

Productive Procrastination is just what it sounds like. When I have the urge to go on twitter, or look through a thousand pictures of Oscars dresses, or dust the leaves of all my houseplants, all to avoid working on my book, I allow myself to procrastinate, but do it productively. I do other writerly things that often get pushed to the side. For me, right now, with a book launching, that’s marketing stuff, but it can be any number of things.

The key is to have a list of everything I have to do nearby, and instead of letting myself drift away to the black hole of the internet when I have the urge to procrastinate, I tick off these other tasks one by one. And because sometimes, for me, procrastination comes from overwhelm, which makes it difficult to do anything at all, sometimes I even start with a tiny, easy one and work my way up to harder things. So when I respond to an email directing a blogger where to request an ARC, it takes less than a minute, but I get to check something off my list. Suddenly, I’ve tricked my brain into thinking we’re being productive again, and we’re off and moving on the tasks list.

Brain trickery is a big part of Productive Procrastination, in fact. If you have a brain like mine, all you want to be doing at any moment is the opposite of what you’re supposed to be doing. Did you ever clean your whole dorm room the night before an exam in college? If so, you know what I’m talking about! But you can use that to your advantage, too. I always have a few tasks on my lists that, for some reason or another, I’m not looking forward to. But when I’m looking for a way to procrastinate? The email I was dreading writing to my local newspaper suddenly seems like the Best Idea Ever. I’m able to get an item checked off my list and do one of the more onerous tasks at the same time, just because it’s something other than what I’m supposed to be doing, and my naughty brain likes that.

And what about the things you actually need to do but that you’re shoving to the back burner? What about the book? I find that my mind works the same way on my writing, and I can trick it in that direction, too. When I can’t write for some reason, whether it’s because I’m too busy elsewhere or I’m waiting for notes and shouldn’t change things, or anything else forces me to take a break, all I want to do is write. My brain goes crazy with ideas, and my fingers are itching to get them down on the page. So when you’re addressing a couple dozen envelopes to send out swag, maybe you’ll suddenly be inspired to sit down at the keyboard.

With Productive Procrastination, I’ve managed to get things done that, in the past, I would probably have still gotten done, but I would have done them at the last second, with a jar of Nutella in hand, probably crying. And now, they get done when I have a jar of Nutella in my hand and am crying over my latest manuscript! But hey, they get done faster! And they make me feel more productive at the end of the day, which is sometimes all a writer can ask. 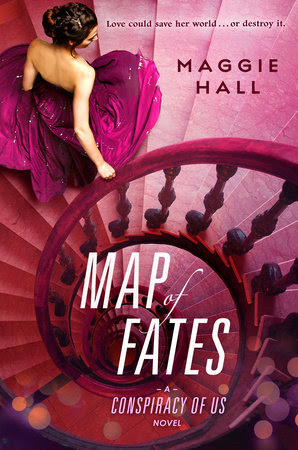 That’s how long it took for Avery West’s ordinary life to change forever: In two weeks, she discovered she was heiress to a powerful secret society known as the Circle, learned her mother was taken hostage by the Circle’s enemies, and fell for a boy she’s not allowed to love, just as she found out another was her unwelcome destiny.

Now, Avery crosses oceans in private jets to hunt for clues that will uncover the truth about the Circle, setting her mom and herself free before it’s too late. By her side are both the boys: Jack—steady, loyal, and determined to help her even at the expense of his own duty—and Stellan, whose connection to Avery grows stronger by the day despite her best intentions, making her question what she believes at every turn.

But at the end of a desperate hunt from the islands of Greece to the red carpet at Cannes comes a discovery that not only changes everything, but could bring the whole world to its knees. And now Avery is forced to face the truth: in the world of the Circle, no one is what they seem. 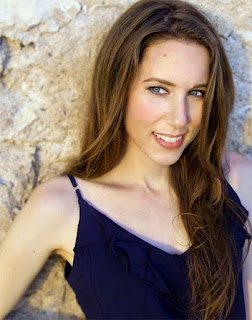 Maggie Hall indulges her obsession with distant lands and far-flung adventures as often as she can. She has played with baby tigers in Thailand, learned to make homemade pasta in Italy, and taken thousands of miles of trains through the vibrant countryside of India. In her past life, she was a bookstore events coordinator and marketing manager, and when she's not on the other side of the world, she lives with her husband and their cats in Albuquerque, New Mexico, where she watches USC football and works in graphic design in addition to writing.