Cori McCarthy, author of YOU WERE HERE, on writing being a circle with no stopping point

We're thrilled to have Cori McCarthy stop by to share more about her latest novel YOU WERE HERE. 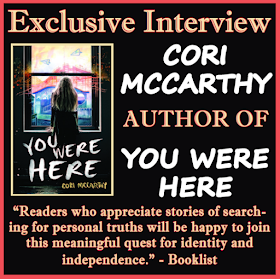 Cori, what was your inspiration for writing YOU WERE HERE?

Three completely separate ideas came together to form YOU WERE HERE. The first was that I wanted to do a story about urban exploring—climbing through manmade ruins—because that was something I did a lot as a teen (Don’t tell my mom!). The second idea was to use real settings. My first two books were YA SCI-FI, and I wanted to not only come back to contemporary planet earth but to write about the Mysterious Real, places like The Ridges—the abandoned insane asylum that is featured in the book. Thirdly, I needed to write about my journey with grief. When I was in eighth grade, my friend passed away suddenly, and it took me several long years to begin to deal with not only his absence but the idea that we were all forgetting him—and that that was actually okay.


What do you hope readers will take away from YOU WERE HERE?

I hope readers understand that death isn’t a monster and grief isn’t a prison life sentence. Death touches all of us in personal and unique ways, and it’s only when we share our experiences with one another that we truly understand the scope of living and loss. Perhaps that’s a bit heavy, by hey, so is mortality!

I studied writing in a variety of forms (poetry, memoir writing, and screenwriting) before I figured out that my true passion was in YA. I was actually in and out of writing programs for ten years before I ever sent something off to be published. For a long time it seemed a little silly that I had degrees (and student loans) in screenwriting and poetry, but I used every piece of writing craft that I’ve ever learned to work on YOU WERE HERE, and that has been pretty cool to step back and view as a whole! 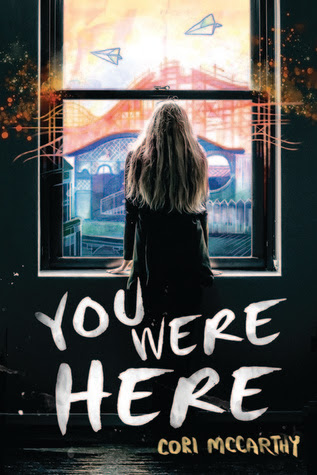 Grief turned Jaycee into a daredevil, but can she dare to deal with her past?

On the anniversary of her daredevil brother's death, Jaycee attempts to break into Jake's favorite hideout—the petrifying ruins of an insane asylum. Joined by four classmates, each with their own brand of dysfunction, Jaycee discovers a map detailing her brother's exploration and the unfinished dares he left behind.

As a tribute to Jake, Jaycee vows to complete the dares, no matter how terrifying or dangerous. What she doesn't bargain on is her eccentric band of friends who challenge her to do the unthinkable: reveal the parts of herself that she buried with her brother.

Cori’s novel in verse, Name Me America, won the Middle Grade category for the 2014 Katherine Paterson Prize. Cori is also the co-founder of Rainbow Boxes, a charitable initiative aiming to bring LGBTQIA fiction to community libraries and GSAs across America. Tweet @RainbowBoxesYA or watch a three minute commercial for the initiative.

Have you had a chance to read YOU WERE HERE yet? Have you studied wiring in various forms? What do you think is the best part of being an author? Share your thoughts about the interview in the comments!