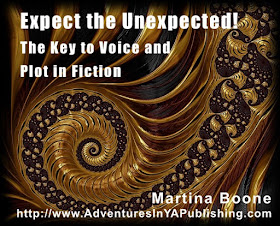 I remember a few years ago, the quest for voice was like the search for the Holy Grail. You'd think that would get easier after you'd sold and written a trilogy, wouldn't you?

Spending a lot of time in one character's head makes it just as hard to switch up as it does to start from scratch as a beginning writer. Possibly it's even harder because you've got the weight of expectation, the gremlin sitting on your shoulder looking at the screen and shaking his furry head derisively at every awkward sentence. After you've sold a book, you should know how to do it, right? It should be easy. Right? RIGHT?

So I've been thinking about voice and its relationship to story. And honestly, I think that often, voice is the story. But not the bald, bare bones story that anyone can give you.

Voice is the secret side of the story, the insight. The narrator who invites you in and cuts himself open to lay bare the things we really want to know.

Voice can lift a small or mediocre tale into something that has you wanting to prop your eyes open with toothpicks so you can finish the last few chapters, or it can make a brilliant story blah. And I'm not talking about the writing.

Repeat after me. Writing and voice and story are different.

Anyone can write a beautiful sentence. Anyone can cobble together an exciting sequence of events. But not everyone can invite you into a new world full of sights and sounds and feelings and give you a seat at the table with its occupants, the bitter wine furring your tongue and the newly roasted sausages warming your cold, empty belly as you find yourself suddenly thinking about things you've never considered before, or seeing old things from a new perspective.

Writing is in the details--but not just any detail. It's in the diamond-cut details. The ones that no one else has thought to reveal. It's in the connections that you make as a writer, and those that you give your characters room to move on the stage you've prepared for them.

That's what it means to give characters voice. They begin to make connections for us. They begin to think on their own, and our job is to listen to what they tell us and give them the audience.

So how do we get that deep? Quickly? Reliably?

That's the question I'm wrestling with right now--because of course, I'm in a hurry. I'm always in a hurry, or on a deadline, or so deep in the story that I need the characters to catch up.

My latest revelation came to me late last night, so I'm going to throw it out for you to play with. Tell me whether you agree, all right? I think that a voice that works for a particular story has very little to do with words. It's a matter of finding the unexpected thoughts and details that deserve to be put on paper. The ones that perfectly capture the essence of who that character is at that particular moment and reveal what he or she is feeling--that ONLY he or she could feel.

How about saying this instead? Try thinking:
Throw away the first things that pop in your head. They're usually the easy ones, the cheap ones that aren't worth a damn. Dig instead for the wildly random and unexpected ones. I haven't done that enough in my writing. Or at least, I've done it only to a point. Maybe I'm too conventional for my own good.

My current WIP is a full on fantasy, and I'm finding it exciting to truly have no limits on what I can do. Well, okay--I have limits because everything has to work within the world, but still . . .

The point is that I've set out searching for the unexpected this time around, and that may have began with the world I'm creating, but it soon extended to the themes that arose from the world and rippled out into plot, and now--finally, finally--I'm deep in the real work of writing, cloaking myself in the skin of the narrator and each individual character.

I won't say that the voice is coming easily, but thinking of searching out the unexpected, it's giving me the joy of discovery on every page. And that's something that I'm going to be able to give to the reader as well.

I think that's voice. What do you think? What defines voice for you?

The cover and description for Illusion, the final book of the Heirs of Watson Island trilogy was revealed on Hypable.com last week! Along with a huge giveaway. Here it is! Click on over to find out more about the giveaway, or complete the Rafflecopter at the bottom of this post to enter!

Illusion (Heirs of Watson Island, Book 3)
by Martina Boone
Hardcover, 425 pages
October 25th 2016 by Simon & Schuster, Simon Pulse
Caged by secrets all around her and haunted by mistakes that have estranged her from Eight Beaufort, Barrie Watson is desperate to break the curse that puts her family in danger — without breaking the beautiful magic that protects Watson’s Landing. To do that, she must heal the rifts that have split the families of the island apart for three hundred years, unravel the mystery of the Fire Carrier and the spirits he guards, and take control of forces so deadly and awe-inspiring they threaten to overwhelm her.

With the spirits that cursed Watson Island centuries ago awake and more dangerous than ever, she finds an unlikely ally in the haunting and enigmatic Obadiah, whose motivations and power she still can’t read — or trust. His help comes at a price, however, plunging Barrie into a deadly maze of magic and wonder, mystery and intrigue that leads through history to places she never imagined she could go.


Martina Boone is the author of Compulsion and Persuasion, out now in the romantic Southern Gothic Heirs of Watson Island trilogy from Simon & Schuster, Simon Pulse. Illusion, the final book, will be out in October of 2016. Martina is also the founder of AdventuresInYAPublishing.com, a three-time Writer's Digest 101 Best Websites for Writers Site, and YASeriesInsiders.com, a site dedicated to encouraging literacy and reader engagement through a celebration of series literature. She's on the Board of the Literacy Council of Northern Virginia and runs the CompulsionForReading.com program to distribute books to underfunded schools and libraries.