Eric Lindstrom, author of NOT IF I SEE YOU FIRST, on writing a story without an outline

We're excited to have Eric Lindstrom stop by to tell us more about his debut novel NOT IF I SEE YOU FIRST. 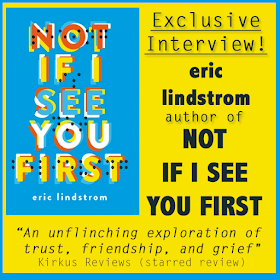 Eric, what was your inspiration for writing NOT IF I SEE YOU FIRST?

I always start a new project by thinking about a core conflict: what the protagonist wants or needs to do, and why it's particularly hard for them specifically. Not If I See You First started with me focusing on how difficult and even scary it is to put yourself out there to make new friends, start a romance, or even just get closer to friends you already have. I wanted to explore themes of trust, vulnerability, and fear of rejection in relationships. Then I thought about why these issues would be especially hard for my protagonist. It occurred to me how reaching out relies heavily on gauging reactions to your overtures, to decide how it’s going, and to either press on, change your approach, or retreat. Most of us do this by evaluating facial expressions, eye contact, and body language. It occurred to me how hard it would be to reach out to people if you couldn’t see any of those things, and Parker Grant was born. She ended up taking me to an unexpected place – for an exploration of trepidation, she turned out remarkably fearless! – but that’s where the story began, with the seed idea of a girl who needed to take multiple leaps of faith without being able to even see where she was jumping.

The hardest scenes for me to write are when my character’s heart is breaking. When writing those passages, my heart is breaking just as much, because I’m not just relating someone else’s pain; I’m describing my own. And not from some past event, but something that’s essentially happening right now. The writing process also magnifies this. A page that takes a reader thirty seconds to read, I worked on that page for a whole day, and then I revised it many times over months. A scene that makes a reader cry for a minute, I cried for hours writing it. And when the scenes I write go particularly well, I can’t say I feel pride exactly. I judge scenes more on how much emotion they make me feel, happy or sad, so even those painful moments of heartbreak are high watermarks for me.

This is my debut novel but I’ve written professionally for many years, mostly in video games. The nature of that writing is highly plot driven, so I always wrote detailed outlines first. Not If I See You First is about a girl taking multiple leaps of faith, but it was one for me too because it’s the first time I ever started writing a story without an outline. Very little of what’s in the book was planned out; I developed my characters and set them loose. I knew thematically where I wanted to go, but in terms of the particular events, they occurred as a natural result of what the characters wanted to do. Before I took this leap, I couldn’t imagine how other writers who claimed to do this managed to pull it off, but it not only worked wonderfully when I dared to try it, it showed me how to get closer to my characters and be more faithful to their personalities and motivations instead of marching to an outline. This doesn’t mean I’ll never outline again, but when I do, I believe I’ll be better able to see when I’m pushing a character somewhere she doesn’t want to go.

What do you hope readers will take away from NOT IF I SEE YOU FIRST?

I have to say, I just wrote several thousand words about this over the past few days, in various directions, but I’m going to have to set all that aside for another post, and probably many postings. I’ll just say this much for now. Harry Potter wears glasses, and they get mentioned here and there, but his stories aren’t about needing to wear glasses. Stories are about what people think, say, and do, not about their physical attributes…except when it comes to certain ones, unfortunately. We need vastly more diversity in literature at every level, for many reasons, but most simply to reflect our reality; yet we still fail on this point if rare traits are only included when they are the focus of the story. We need stories about coping with rare and challenging conditions, yes, but we also need stories where they are incidental, present just because they exist in our world, like wearing glasses, and not as a lever to lift the story. I wanted readers of Not If I See You First to get a glimpse of a life they might be unfamiliar with, might believe is a problem, and then see that in Parker’s world, and so many people like her, rare traits are just that; traits, not problems. Life did throw Parker a curve ball when she was a child, but she hit it out of the park and took her victory laps. Now she wouldn’t think about it much if others didn’t keep reminding her, because her blindness is a tiny fraction of who she is. I hope readers come away from this book with better insight into how people are complex and not defined by any one trait, no matter what it is. 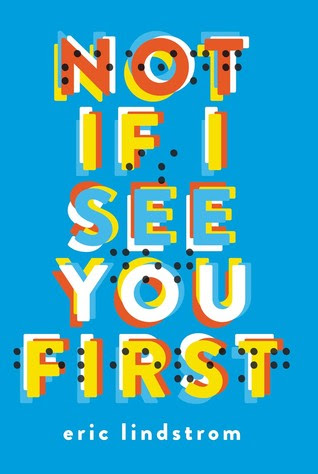 Parker Grant doesn't need 20/20 vision to see right through you. That's why she created the Rules: Don't treat her any differently just because she's blind, and never take advantage. There will be no second chances. Just ask Scott Kilpatrick, the boy who broke her heart. When Scott suddenly reappears in her life after being gone for years, Parker knows there's only one way to react--shun him so hard it hurts. She has enough on her mind already, like trying out for the track team (that's right, her eyes don't work but her legs still do), doling out tough-love advice to her painfully naive classmates, and giving herself gold stars for every day she hasn't cried since her dad's death three months ago. But avoiding her past quickly proves impossible, and the more Parker learns about what really happened--both with Scott, and her dad--the more she starts to question if things are always as they seem. Maybe, just maybe, some Rules are meant to be broken. 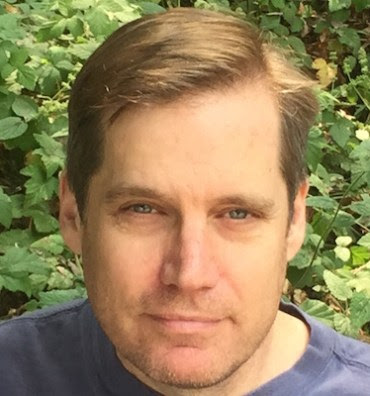 Eric Lindstrom writes Young Adult books including the upcoming Not If I See You First, releasing in English in the USA on December 1st, 2015 from the Poppy imprint of Little, Brown for Young Readers, and in the UK and the rest of the world on January 7, 2016 from HarperCollins Children’s Books.

He has worked in the interactive entertainment industry for years as a creative director, game designer, writer, and combinations of all three. As Editor and Co-Writer for Tomb Raider: Legend he received a 2006 BAFTA nomination for Best Video Game Screenplay. As the Creative Director for Tomb Raider: Underworld he received a 2009 BAFTA nomination for Best Action Adventure Video Game and a 2009 WGA nomination for Best Writing in a Video Game. He has also raised children, which led to becoming first a school volunteer, then a substitute teacher, then a part time kindergarten teacher, then getting a credential to teach elementary school, and most importantly the discovery that Young Adult books are awesome. It’s pretty much all he ever reads, and now writes, in his house near the beach on the west coast, with his wife and, yes, cats.

--
Have you had a chance to read NOT IF I SEE YOU FIRST yet? Do you judge scenes by how much emotion they make you feel? Are you able to see when you're pushing characters where they don't want to go?