The Sparkling Appeal of Twilight: An Essay on Being Different, Being Transformed, and Being Connected -- A Guest Post by Jes Simmons

During a panel I did recently at the Virginia Children's Book Festival on Fairy Tales and Gothic Novels, I mentioned what an important role Twilight had played in my daughter's life and therefore in my own writing career. I expressed my opinion that people often miss the true genius and importance of the novel. Someone in the audience agreed with me, and came up to have me sign Compulsion afterwards, and thus I had the very great pleasure of meeting Jes Simons, who lectures at Longwood University and teaches Twilight to her freshman students. We had a long chat about both books, and about the very special perspective that she has on Twilight as a reader and a teacher. Long before we were done, I knew I had to ask her to write about her experiences. I'm honored to be able to share that with you today!

The Sparkling Appeal of Twilight


An Essay on Being Different, Being Transformed, and Being Connected

Early in Twilight Bella Swan admits, “I didn’t relate well to people my age.  Maybe the truth was that I didn’t relate to people, period” (Meyer 11).  Many of us gave a collective “Yes” to this because Bella was voicing our innermost secrets and fears. Suddenly we could breathe easier because Stephenie Meyer gave us a relatable and reliable narrator who, like us, didn’t fit in and never truly felt at ease in the world.  And when Bella later speculated, “Maybe there was a glitch in my brain” (11), she completely had us on her side.  Bella is one of us, an awkward and out-of-step outsider who just wants to find a place to fit in and be accepted.  She finds this with the Cullen family (and with us).
The appeal of Twilight to me is not the love story of a precocious and self-sacrificing 17-year-old girl who falls in love with a strikingly handsome vampire who will always look 17.  Nor is it the action-packed vampire chase and fight that propel the book to its conclusion.  What draws me to Twilight is a unique connection with Bella and the Cullen family that comes from being a reader who literally is different from most other people, a reader who doesn’t fit in with peers or the dominant culture.  Twilight “sings” to me as a male-to-female transsexual who finds affinity with both Bella and the octet of vampires in the Cullen family.

Like Bella in school, I was acutely aware of how different I was from my classmates, both in body and mind. Despite growing up in sunny Phoenix, Arizona, Bella’s skin wouldn’t tan.  Out of step with her peers, Bella stumbled and tripped where others easily walked. Growing up as a gender dysphoric boy, I was painfully aware of behaving and looking more effeminate than masculine.  A group of girls in seventh grade used to follow me down the hall, commenting loudly on how I carried my books and walked like a girl (and their words prophetically caused me to stumble).  They even called me “Alice.”  (Ironically, I now love being a “Team Alice” Twihard!).

Being transgender, I felt disconnected from the other kids in my classes.  In elementary school, boys confounded and scared me; girls intrigued me, but kept away from me because I had “cooties.”  I was as isolated as Bella, who was unable to find a peer group among the 3,000 students in her Phoenix high school.  I typically had a single friend in my grade, usually some quiet, unseen “Angela-like” student.  I use the term “friend” loosely, because in the back of my mind I always thought, If she knew my truth, she wouldn’t be my friend.

Although I didn’t have Edward’s ability to hear other people’s thoughts and be forewarned about their intentions, in grade school I did learn to “read” verbal and nonverbal clues from classmates (and even teachers) who might make fun of me or harm me if they learned I felt more like a girl than a boy. Bella displays this same skill, for example, when she dissects the evasive truth behind her father’s comments about the used truck he bought for her or when Edward tells her he’s 17 years old. I grew keenly sensitive to homophobic language and was quick to recognize coded words. Just as Edward’s job is to protect his family by listening to the thoughts of those around him, I was in charge of keeping and protecting the secret of my true self.

Carlisle and Esme, Rosalie and Emmett, Alice and Jasper, Edward and (eventually) Bella, and I as well, each had a “second life” that began after a transformation.  For them, it was a venomous bite by a vampire; for me, it was a sex-change operation by a surgeon.  After being “changed,” we each needed to guard the truth about our existence and how we came into being.  It was a risk to be honest with anyone who was not one of us.  Like Edward revealing his vampire nature to human Bella, it took enormous trust to reveal myself to someone I connected with and cared about.

Geography is important to the Cullens and to me.  They, of course, need to live where overcast skies, snow, and rain prevail; I need to live in places where tolerance and open mindedness generally prevail, such as metropolitan cities or university towns. The Cullens are unable to live in one place for more than a few years because townsfolk will question why they never age. After my surgery, my therapist strongly advised me to avoid suspicious eyes and questions from people in my hometown by moving away and living elsewhere as a newcomer with a created identity.  In my case, this included a legal name change and the letter “F” on my driver’s license and passport.  For both the Cullens and for me as a transsexual the risk of discovery increases the longer we stay in one town or city.  Our private history and background become less secure as we meet and interact with more and more people, and as they try to get to know us better.  We need to hide our true nature and our past history, and we must remain watchful of our appearance and behavior to keep others from becoming overly curious or suspicious.

Vampire venom transforms the cellular structure of human skin so that becomes crystalline and impenetrable and sparkles in the sun.  Thus, vampires must avoid being seen by humans in sunlight. I also avoid glaring, direct sunlight.  (I never fully completed electrolysis on my face and neck because of the intense pain and the inevitable scarring.) Though my skin doesn’t sparkle, bright sunlight on my face can sometimes reveal subtle stubble, a razor burn or a nick from shaving my neck too carelessly. I am lucky to “pass” as a woman without needing a tracheal shave, a brow reduction or other facial reconstruction, all of which would leave faint scars visible in harsh sunlight, even with the cover of makeup.  In public, I’m more comfortable with subdued lighting, with heavily overcast skies, with (dare I say it?) twilight.

As a transsexual fan of Twilight, I strongly identify with how the Cullens (and here I include Bella after her transformation), must live in and present themselves to the world. In fact, I feel such an innate and intimate connection with Twilight that I see myself as honorary Cullen, but with a unique twist: I sparkle on the inside.

Jes Simmons is a lecturer in the Department of English and Modern Languages at Longwood University in Farmville, Virginia.  In both places she has finally found happiness and a home. 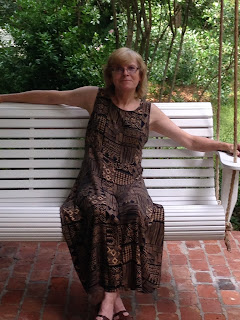