Tim Wynne-Jones, author of THE EMPEROR OF ANY PLACE, on feeling most like a writer when revising

We're honored to have Tim Wynne-Jones stop by to tell us more about his latest novel THE EMPEROR OF ANY PLACE. 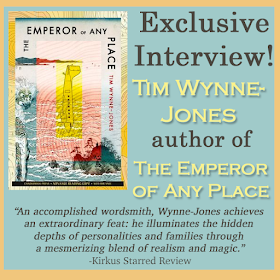 Tim, what was your inspiration for writing THE EMPEROR OF ANY PLACE?

I've always wanted to write a World War Two novel. My dad fought in WW II and suffered a great deal from the memories of it, the horrors he saw, not to mention the shrapnel in his knee. Which meant that to some degree, everyone in the family suffered, too. War does that. It echoes down the decades; the pain doesn't end. I don't want to paint too grim a picture here. My dad was a pretty good guy but what we now call Post Traumatic Stress Syndrome was just as real for those soldiers who fought before anyone came up with a medical name for what haunted them. Shell shock, it used to be called. And that's exactly what my soldier is suffering when we first meet him. Anyway, I wanted to create a situation where a kid, like me, living now, could be brought face to face with the war in an intimate way that helped to make it real. And be able to actually help with the healing of an old and angry grandfather.

This is an excellent question and an almost impossible one for me to answer, in this case. A lot of scenes were hard to write but you're absolutely right to suggest that those are the ones that shine. There are several mysteries in this book and solving them took a protracted amount of time which included lots of wrong turns and lots of long walks to sort out.

There are two books I mention in my afterword that were really inspirational: Mal Peet's Tamar, and Robert Cormier's Fade, although it would be hard to explain how exactly the latter book helped me write Emperor. It put me in the zone! I guess that's what I'd say.

How long did you work on THE EMPEROR OF ANY PLACE?

Three years. I wrote about thirty pages of it and then didn't write a word more for about a year. I was travelling at the time and on serious input, so it was hard to output: I did hardly any writing at all. But all the time the story was growing and changing and morphing in my head so that in March of 2012, it all kind of took off. We had rented a cottage in Salcombe, Devon, overlooking the sea. The words poured out and by the end of the month I'd written close to 200 pages. Sometimes it happens that way...

Every book comes with its own process. Kind of like kids. Each of my kids is different and has required different kinds of parenting. This book was really crazy and tangled up in itself and I really had to persevere to get to right. Not almost right: really right. I've abandoned several novels that I've "finished." That is, I've finished a draft of a novel and then really couldn't be bothered to put in the work to make it good enough for publishing. That wasn't laziness but a recognition that the basic idea wasn't strong enough: there wasn't any more there there, as some smart person said. (Gertrude Stein?) Anyway, in this case there was a whole lot of there there and I'm really pleased that I was able to hang in and find it.

What do you hope readers will take away from THE EMPEROR OF ANY PLACE?

Philip Pullman said to me once that ideas don't come to him, they come to his desk. I know what he means. And even though a lot of this book got written in other places (Rose Cottage in Salcombe, Devon and Cafe Nero in Surbiton, just outside of London, for example) the bulk of it got sorted out at my desk in the loft of my house in the woods. That's where all the heavy lifting took place. That's where I wrote revision after revision and then went for walks and came back and wrote more revisions and stopped to pile firewood and then wrote some more and then made coffee and… well, you get the picture. You've got to show up! That's what writing is about: showing up at your chosen place of writing and just doing it. I love to listen to music but don't dare do so when I'm actually writing because music is so influential. What I sometimes do is listen to inspirational music on my coffee breaks or during lunch, to get my head into a good place for an upcoming scene I want to write.

Keep at it. A lot of people who want to write don't get past the first draft phase and, believe me, the first draft is the worst part of writing. Or, at least, it is for me: I don't sleep well, I'm grumpy and my attention span is limited entirely to a bunch of fuzzy characters running around in my head making me crazy. But! When you get the story down once, then the fun begins. I LOVE second drafts and third drafts. Sometimes you end up completely rewriting -- reinventing -- that first draft but that's fine. It just seems to me that the original process of getting anything at all down on paper takes a whole lot of energy and you just have to push on through. I feel most like a writer when I'm revising.

A thriller based on Dante's Inferno. 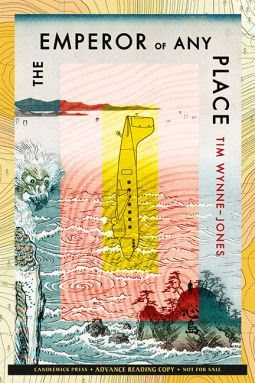 The ghosts of war reverberate across the generations in a riveting, time-shifting story within a story from acclaimed thriller writer Tim Wynne-Jones.

When Evan’s father dies suddenly, Evan finds a hand-bound yellow book on his desk—a book his dad had been reading when he passed away. The book is the diary of a Japanese soldier stranded on a small Pacific island in WWII. Why was his father reading it? What is in this account that Evan’s grandfather, whom Evan has never met before, fears so much that he will do anything to prevent its being seen? And what could this possibly mean for Evan? In a pulse-quickening mystery evoking the elusiveness of truth and the endurance of wars passed from father to son, this engrossing novel is a suspenseful, at times terrifying read from award-winning author Tim Wynne-Jones.

Tim Wynne-Jones (born 12 August 1948) is an English–Canadian author of children's literature, including picture books and novels for children and young adults, novels for adults, radio dramas, songs for the CBC/Jim Henson production Fraggle Rock, as well as a children's musical and an opera libretto.

Have you had a chance to read THE EMPEROR OF ANY PLACE yet? Do you take long breaks from writing to let the story grow in your head? Have you ever abandoned a first draft because there wasn't enough there there?