THREE New Release Giveaways, plus author interviews and what's new this week of 8/10

It's a small offering this week, with only a handful of books releasing. We've got three books to give away, plus a host of winners from last week. Remember that today is the last day to vote on Round Two of the Red Light Green Light contest! Only half of the entries will be going through to the next round! 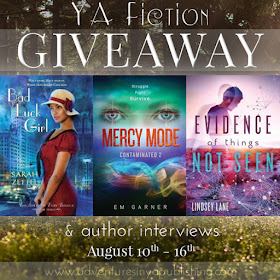 Mercy Mode
by Em Garner
U.S. Only
EgmontUSA
Released 08/26/2014
Read Em Garner's post on writing what you want to read.

Evidence of Things Not Seen
by Lindsey Lane
U.S. Only
Farrar, Straus and Giroux
Released 09/16/2014

Compulsion by Martina Boone - Alisha S.
Crystal Kingdom by Amanda Hocking - Mary G.
From Where I Watch You by Shannon Grogan - Julie C.
Most Likely to Succeed by Jennifer Echols - Brandi H.
The Nightmare Charade by Mindee Arnett - Emma M.
What You Left Behind by Jessica Verdi - Stephanie A.
While You Were Gone by Amy K. Nichols - Jessica M. 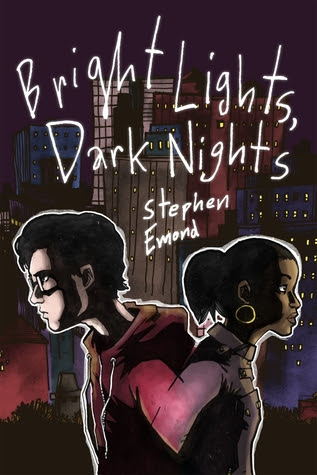 A story about first love, first fights, and finding yourself in a messed up world, from the acclaimed author of Happyface.

Walter Wilcox has never been in love. That is, until he meets Naomi, and sparks, and clever jokes, fly. But when his cop dad is caught in a racial profiling scandal, Walter and Naomi, who is African American, are called out at school, home, and online. Can their bond (and mutual love of the Foo Fighters) keep them together?

With black-and-white illustrations throughout and a heartfelt, humorous voice, Bright Lights, Dark Nights authentically captures just how tough first love can be...and why it's worth fighting for.

Author Question: What is your favorite thing about Bright Lights, Dark Nights?

My favorite thing about BRIGHT LIGHTS, DARK NIGHTS, would have to be the world. I really did enjoy the characters and the location. I’ve been a really big hip hop fan since the early 90’s and wanted to have a hip hop energy and vibe. I’m not sure I pulled that off, but it was a lot of fun trying. The characters were all people that I enjoyed writing and would want to hang out with myself. I hope that when people read it, they have the same feeling, that East Bridge is a place they’d like to visit and that these are people they could be friends with, too. 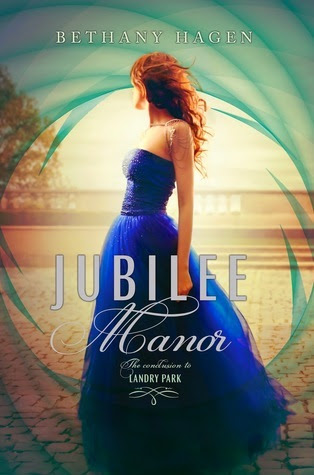 The thrilling conclusion to Landry Park is full of love, betrayal, and murder--perfect for fans of Divergent, The Selection, and Pride and Prejudice

In Landry Park, Madeline turned her back on her elite family, friends, and estate to help the Rootless. Now, in Jubilee Manor, she struggles to bring the Gentry and the Rootless together. But when Gentry heirs—Madeline’s old friends—are murdered, even she begins to think a Rootless is behind it, putting her at odds with the boy she loves and the very people she is trying to lead. If she can’t figure out who is killing her friends and bring them to justice, a violent war will erupt and even more will die—and Madeline’s name, her estate, and all the bonds she’s forged won’t make any difference.

This conclusion to Landry Park, which VOYA dubbed "Gone with the Wind meets The Hunger Games,” is a richly satisfying, addictive read. 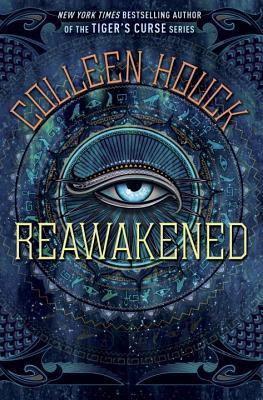 The first book in a new multi-book series from New York Times bestselling author, COLLEEN HOUCK, about a teenage girl entangled in an epic Egyptian quest full of romance, adventure, and mythology!

When seventeen-year-old Lilliana Young enters the Metropolitan Museum of Art one morning during spring break, the last thing she expects to find is a live Egyptian prince with godlike powers, who has been reawakened after a thousand years of mummification.  And she really can’t imagine being chosen to aid him in an epic quest that will lead them across the globe.   But fate has taken hold of Lily, and she, along with her sun prince, Amon, must travel to the Valley of the Kings, raise his brothers, and stop an evil, shape-shifting god named Seth from taking over the world.   From New York Times bestselling author Colleen Houck comes an epic adventure about two star-crossed teens who must battle mythical forces and ancient curses on a journey with more twists and turns than the Nile itself. 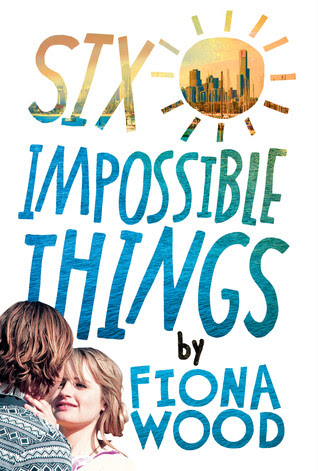 Nerd-boy Dan Cereill is not quite coping with a whole heap of problems, including a reversal of family fortune, moving, new-school hell, a mother with a failing wedding cake business, a just-out gay dad, and a massive crush on Estelle, the girl next door. His life is a mess, but for now he's narrowed it down to just six impossible things....

In this charming story of one guy's efforts to get it together when his life is falling apart, award-winning author Fiona Wood introduces an irresistible voice and a delightfully awkward character who is impossible to forget.