Jessica Verdi, author of WHAT YOU LEFT BEHIND, on trashing pages and starting over

We're excited to have Jessica Verdi stop by to tell us more about her latest novel WHAT YOU LEFT BEHIND.

Jessica, what was your inspiration for writing WHAT YOU LEFT BEHIND? 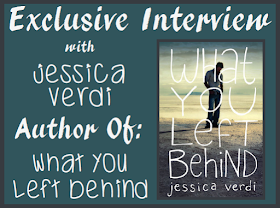 The idea for What You Left Behind was actually sparked by an article my husband sent me about a teenage girl who had cancer and was pregnant, and wasn't allowed to make her own decision of whether she wanted to abort her pregnancy and continue her cancer treatments, or stop the cancer treatments and have the baby. Her parents chose for her (they chose stop cancer treatments and have the baby) and she died a couple days after giving birth, leaving the baby to be raised by her boyfriend. This isn't exactly what happens in the book, but the issue of choice is one that is very important to me, so I wanted to write about that. And of course I was completely interested in the single teen dad grieving the loss of his girlfriend story. So that's where Ryden came from.


How long did you work on WHAT YOU LEFT BEHIND?

This book took me a lot longer than any of my others so far. I actually started it in the absolutely wrong place (about a year and a half in the story's timeline before the book begins now), so I had to trash a LOT of pages and start over. And then once I finished a draft I revised it probably about five or six times. The whole process took me probably close to two years.

I have a day job, so I generally only write on the weekends. It's hard to have to set aside those "days off" for work, but it's the only time I have to get anything done. I write all day on Saturdays and Sundays, from home. I have a really hard time getting work done in public—too many distractions! Sometimes I do listen to music, but nothing with fun lyrics that make me want to sing along (like showtunes)—again, too distracting. I need something mellow, that can blend into the background and provide a mood.

I'm working on revising a fantasy YA I co-wrote with an author friend, and I'm also working on an adult romance that I hope to publish under a pen name. Nothing's been sold, though, so unfortunately I have to keep it all vague for now! 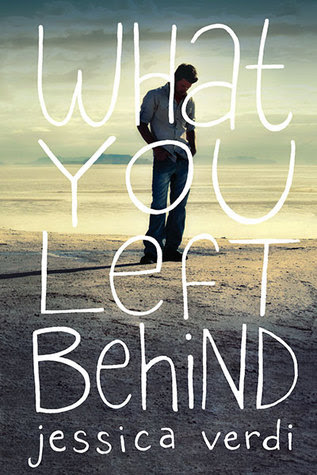 It’s all Ryden’s fault. If he hadn’t gotten Meg pregnant, she would have never stopped her chemo treatments and would still be alive. Instead, he’s failing fatherhood one dirty diaper at a time. And it’s not like he’s had time to grieve while struggling to care for their infant daughter, start his senior year, and earn the soccer scholarship he needs to go to college.

The one person who makes Ryden feel like his old self is Joni. She’s fun and energetic—and doesn’t know he has a baby. But the more time they spend together, the harder it becomes to keep his two worlds separate. Finding one of Meg’s journals only stirs up old emotions, and Ryden’s convinced Meg left other notebooks for him to find, some message to help his new life make sense. But how is he going to have a future if he can’t let go of the past?

Jessica Verdi lives in Brooklyn, NY, and received her MFA in Writing for Children from The New School. She loves seltzer, Tabasco sauce, TV, vegetarian soup, flip-flops, and her dog. Visit her at jessicaverdi.com and follow her on Twitter @jessverdi.


Have you had a chance to read WHAT YOU LEFT BEHIND yet? Do you get story ideas from articles? Have you ever started in the wrong place and ended up trashing a lot of pages?