What Scares Me As A Writer by Brian Katcher, Author of The Improbable Theory of Ana and Zak

We're excited to welcome to the blog today author Brian Katcher. Brian's The Improbable Theory of Ana and Zak has been described as a hilarious he said/she said romance about two teens recovering from heartbreak and discovering themselves on an out-of-this-world accidental first date! He's here to share with us what scares him about writing.

What Scares Me As A Writer


Writing is similar to acting. You take on the persona of someone you are not, and have to make that persona believable. You work at it for months, even years, and in the end, you either nailed it or you didn't. There's very little middle ground.

When writing for a YA audience, never mention these things: current slang, celebrities, or technology. They'll have all changed by the time the book comes out.


The harder aspect of this is when you write a character with a very different background than your own. For me, nerdy smart ass male characters come easily. But when I try to write from another perspective, say a girl (AND AND ZAK), or a popular guy (ALMOST PERFECT), or a transgender girl (ALMOST PERFECT) I have to tread very carefully. I do not want someone reading about a character like themselves and thinking 'He got that wrong.'

I've not always been successful, but I always do my research. While I can't claim complete success, I am proud to say that most of my negative reviews are about cliche plots, shallow characters, and dull plots. Makes me feel so much better. 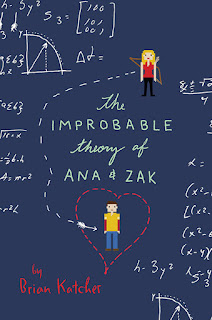 But over the course of the night, while being chased by hordes of costumed Vikings and zombies, Ana and Zak begin to open up to each other. Soon, what starts as the most insane manhunt transforms into so much more. . . . 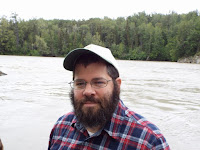 Brian Katcher was born in St. Louis. He started writing while he was down and out in Mexico. He lives in Missouri with his wife and daughter.