Stimulus and Response -- Finding Your Way Through a Story

This is a repost of an early post I did for AYAP. Unfortunately, I've got some personal things going on today, so I'm going to take a bit of a break this week. Enjoy! 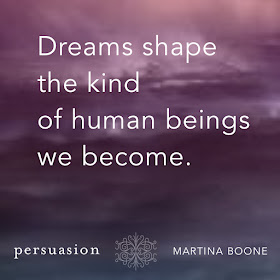 It's good for our characters, and it's good for us as writers. Pushing ourselves through the hard scenes, the hard revisions, the tough first drafts, that's conflict. Overcoming conflict in ourselves and our writing forces us to become better at our craft the same way conflict forces our characters to become better, stronger, more interesting to our readers. And just as our characters don't always choose the right fork in the road, it often takes trial and error--and an eventual alignment of whatever planets guide our writerly feet--for us to find the right path through a story.

As writers, we learn by reacting to a set of stimuli: a book read, a scene written, feedback received, or perhaps just the right combination of all of the above. Our characters learn because we put them in conflict with an antagonist, stick their butts in moral or mortal danger, and force them to fight their way back out. Learning how to do that to our characters credibly is the greatest thing we writers can learn. Because, in the end, for us and our characters both, fiction comes down to the credibility of stimulus and response.

From the first page we write, our main character must want or need something specific. She either has a goal or a problem. The antagonist, on the other hand, wants something that will prevent the main character from getting what she wants. The battle between the two will wage, nearly equal, until it results in a climax that pits all the strength of one against all the intelligence and cunning of the other. How do we, as writers, get them to that point though? That's the trick.

Pulling the reader by the heart from the beginning of the book to that climax, scene by scene, is the key to successful writing. Ultimately, a book isn't about beautiful descriptions or sparkling prose. It's about action and reaction, which is all a response to conflict.

I like to reread craft books. I usually try to get through one a month, even if it is one that I have read before, because I get something new out of it every time. Just forcing myself to think about craft in a new way gives me time to think about whatever story I am working on from a different perspective. This weekend, I picked up Jack M. Bickham's SCENE AND STRUCTURE, which approaches conflict from the approach of both logical and emotional stimulus and response.

Although Bickham focuses largely on scene, he also starts covers the cause and effect sequences that form the smallest elements of a story, the individual steps that begin to build the climb toward the climax. From the first scene in the book where the protagonist's journey begins with a the inciting incident, a stimulus, we writers have to provide a sound motivation for every action by every character. The more deeply motivated we can make the goals or problems, the more satisfying we can make the reader's experience, and ultimately, the more the reader will care about the outcome of the dilemma.

Even less likeable characters are readable and redeemable so long as they are striving for something they desperately care about. One of the basic tenets of creating a powerful story is that the protagonist must want something external and also need something internal one or both of which need to be in opposition to the antag's goals and/or needs. By the time the book is over, a series of setbacks devised by the antag will have forced a choice between the protag's external want and that internal need to maximize the conflict. The protagonist must react credibly to each of those setbacks, and take action based on her perception and understanding of each new situation.

Bickham points out that credibility results from understanding the stages of response. Character reaction, like human reaction in general, has four individual parts. As writers, we don't necessarily have to put all four on the page at any given point in time, but what we do show we have to put in the proper order. First the stimulus, then:
If we violate that order, we dissipate the tension in our sentences by creating a tiny, niggling disquiet in the mind of our readers, a sense that there is something wrong that can pull them out of the story and suspend disbelief. But as long as we follow the logical sequence, we can build from the initial opening action to the end of the first disaster. What disaster? The obligatory disaster at the end of every scene that answers the basic story question of whether or not the protag will get what she wants, the turning point of the scene that all those stimulus/response pairs lead up to as part of the two primary building blocks of story.

As Bickham defines it, every scene has to break down to the protagonist:
The disaster can fall into one of three categories that answers the basic question of whether the protag can achieve her goal or overcome her problem. Obviously, the answer can't be a simple yes, or we would stop the story in its tracks. Therefore, the answer to the question can only be:
Obviously, any of these three choices will need some getting over and regrouping. A lesser character might give up. But being the resourceful, engaging heroine readers will love to read about, our protagonist won't be daunted for long. Instead, she heads right into the sequel in which she:
Which of course, gives her a new goal, which leads to new conflict, and results in yet another disaster. This active, dynamic structure pulls us through the book because we never have the opportunity to forget that the character is working for something. It applies on the book level, on the scene level, and on a micro level within the scene. At any point, we can leave out one or more aspects of response or scene or sequel. We do not have to show them all on the page. But we, as writers, do need to know that they did occur and how they ended. Even if we don't show them to the reader in real time, what happened must color future responses and actions.

Bickham also suggests that readers expect the scene/sequel structure, that like the order of the responses to a stimulus, the need for a sequel is so ingrained that niggling doubts will creep into the reader's mind if we leave one out. In essence, he is suggesting that we will leave the reader more likely to question and suspend disbelief if we shortcut their unconscious expectations.

That doesn't mean he suggests structure is inflexible. Within certain limits, we can make up our own. What I think he is inferring throughout the book, or at least what I took away on this read-through, is that the more that we deviate from the norm that our readers expect, the stronger we have to be as writers. Learning how far we can stretch, how far we can push ourselves? That's one of the best, and hardest, parts of the journey.

Reading SCENE AND STRUCTURE this time through, it occurred to me that if I go back to my WIP and examine every line as part of either a stimulus or response, I will very quickly see where I have inserted tangents. Sometimes, tangents are necessary. Just as sequels slow down the pace of a story and give a reader a necessary respite in which to regroup, breathe, and take stock of what is going on, sometimes a brief description or internal thought within a scene is a welcome break that can actually help ratchet up the emotional tension. In other instances though, it can dissipate the tension and make the scene collapse. I'm always looking for better self-editing tools, and I'm wondering if I've found one with the stimulus/response test.

What do you think? Do you notice scene/sequel as you read or write? Consciously or unconsciously? Do you pay attention to stimulus/response pairs, and do you think that test would work to help spot extraneous material and an imbalance of action/dialogue to description/introspection on the page?

Maybe it's one more way to approach those pesky areas that slow down pacing.

Martina
Martina Boone at 9:41 AM