Sarah Benwell, author of THE LAST LEAVES FALLING, on characters not following you plans

We're pleased to have Sarah Benwell stop by to share more about her debut novel THE LAST LEAVES FALLING.

Sarah, what was your inspiration for writing THE LAST LEAVES FALLING?

The Last Leaves Falling started out as a very different book, one which explored suicide pacts within the context of modern Japanese society. The same three characters you see in the final book formed a pact to die together after they'd each had one last perfect day.

I had it all planned out, I knew where they were headed, but my characters had other plans; a little way in I found I couldn't make them do the things I wanted. So I stopped, and thought hard about what the book was saying, and it changed. It's still about hard choices, still has the same background, with its stresses and its expectations, but it's more than that: it's a story of life and love and dignity and friendship, the things we wish for and the choices we make.

The hardest moment in the book wasn't a scene at all. It was four words. Okay, there was mounting dread before it, knowing what must come, and a million tears shed as I typed with shaking fingers afterwards, but those four words were worse. The hardest words I've ever had to write:

Writing this book was like standing beside your closest friends, watching them make choices, knowing everything they think and feel but not having the power to change a thing. And even though I knew it had to come, knew that it was right for him, pushing Sora's words into the world was as hard for me as I imagine that it was for him.

I'm not sure that I could honestly pick out a scene that I'm most proud of, though. Books - like life - aren't like that for me. Scenes, moments, lines, they all work in tandem with the next one or the one before, and if you pull them out to stand alone they're hollow. There's a lot in there that I love, but I'm mostly proud of what I think it does as a whole.

If seeing pieces of the puzzle - influences and references -  are your jam, check out Murakami (AFTER DARK was my first, and still my favourite) Banana Yoshimoto's KITCHEN , or Furuya Usamaru's JISATSU CIRCLE (manga, this one should probably come with some sort of warning sticker.)

For books which fix mortality and grief between the eyes, Patrick Ness' A MONSTER CALLS and Jandy Nelson's THE SKY IS EVERYWHERE are both spectacular, commanding language and poetry like true masters.

And for all of that with a good dose of hard choices added in, I wholly and completely recommend Marieke Nijkamp's THIS IS WHERE IT ENDS, releasing early 2016.

I'm working on an LGBTQ South African township book: queer culture in a vibrant but extremely homophobic setting. Music and kissing and heartbreak; what more could you want? 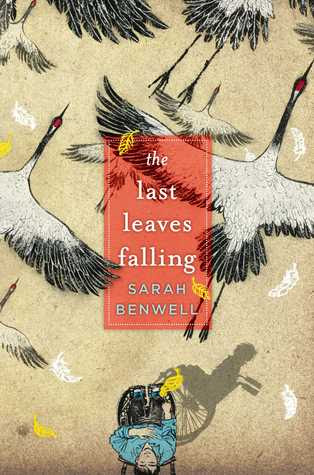 A teen grapples with ALS and his decision to die in this devastatingly beautiful debut novel infused with the haunting grace of samurai death poetry and the noble importance of friendship.

Abe Sora is going to die, and he’s only seventeen years old. Diagnosed with ALS (Lou Gehrig’s disease), he’s already lost the use of his legs, which means he can no longer attend school. Seeking a sense of normality, Sora visits teen chat rooms online and finally finds what he’s been longing for: friendship without pity.

As much as he loves his new friends, he can’t ignore what’s ahead. He’s beginning to lose the function of his hands, and soon he’ll become even more of a burden to his mother. Inspired by the death poems of the legendary Japanese warriors known as samurai, Sora makes the decision to leave life on his own terms. And he needs his friends to help him.

YA author, teacher, traveler, mad. Will always rise to a challenge, even when it involves giant hairy spiders. For lunch.

Lives in Bath but prefers living in books or on planes or trains or remote unmapped places.

Advocate of diversity in life and bookcases.


What did you think of our interview with Sarah Benwell, author of THE LAST LEAVES FALLING? Let us know in the comments!