Jaclyn Dolamore, author of GLITTERING SHADOWS, on not shying back from amping up tension

GLITTERING SHADOWS is the sequel to Jaclyn Dolamore's DARK METROPOLIS, and we're delighted to have her stop by to share more about it.

Jaclyn, what was your inspiration for writing GLITTERING SHADOWS?

The first book was based on Fritz Lang's 1927 German silent film "Metropolis" and the state of actual 1920s Berlin. When my publisher asked for a sequel, at first I was baffled because, well, there is no sequel to Metropolis, and the sequel to 1920s Berlin is like, Hitler, and I didn't want to go there. I ended up drawing from various elements that felt right, including Fritz Lang's version of Die Niebelungen and the Norse mythology that story is based on, the Russian Revolution, Ludwig II of Bavaria (the sorta crazy dude who built the fairy tale castle Neuschwanstein), and the epic space opera anime Legend of Galactic Heroes.

How long did you work on GLITTERING SHADOWS?

Three years. Three very difficult years! It took a while for me to figure out what this book wanted to be. Which is normal, but I've never gone through that part while under contract!

I learned not to shy back from amping up the tension, and not to be afraid to do permanent damage to my characters! Sorry, characters. Life just got a lot worse for all of you from here on out...

Two major characters from this novel that aren't in the first book are Marlis, the Chancellor's daughter, and Sebastian, the revolutionary leader. I saw Marlis, this very serious girl with glasses who is deeply devoted to her country, and I saw Sebastian all casual with his coffee habit, and the dichotomy between these two characters somehow helped everything else to click around them.

I'm writing this story set in the Hidden Lands, a world I've been writing about for 20 years, which is basically a parallel world where magic is real, but they also know of Earth and have been bootlegging our culture, so it's like a westernized fantasy world. It deals with families in the underground magic trade and is kind of like...if the Godfather was a romantic girls' anime. I hope everyone who likes really rich world-building and a mix of romance, humor, intrigue and action will check it out! 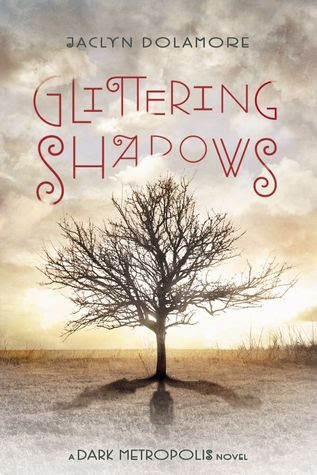 The revolution is here.

Bodies line the streets of Urobrun; a great pyre burns in Republic Square. The rebels grow anxious behind closed doors while Marlis watches as the politicians search for answers—and excuses—inside the Chancellery.

Thea, Freddy, Nan, and Sigi are caught in the crossfire, taking refuge with a vibrant, young revolutionary and a mysterious healer from Irminau. As the battle lines are drawn, a greater threat casts a dark shadow over the land. Magic might be lost—forever.

Jaclyn Dolamore was homeschooled in a hippie sort of way and spent her childhood reading as many books as her skinny nerd-body could lug from the library and playing elaborate pretend games with her sister Kate. She skipped college and spent eight years drudging through retail jobs, developing her thrifty cooking skills and pursuing a lifelong writing dream. She has a passion for history, thrift stores, vintage dresses, David Bowie, drawing, and organic food. She lives with her partner and plot-sounding-board, Dade, and two black tabbies who have ruined her carpeting.

What did you think of our interview with Jaclyn Dolamore, author of GLITTERING SHADOWS? Let us know in the comments!