Editor Ellie Sipila on Screenwriting to Tighten Prose, Antiheroes as Protagonists, and Romance in YA

We are so pleased to have Ellie Sipila join us today to answer writer questions as part of our Ask a Pub Pro series. Ellie is currently editing for Fitzhenry & Whiteside in Canada, but has also worked for other publishing houses as well. I've been fortunate enough to have Ellie edit my work and value her professional eye for detail and sympathetic, insightful feedback. But not only is Ellie an editor, in her alter-ego, she's also Kat Hawthorne, author of The Boatman, which recently released.

If you have a question you'd like to have answered by an upcoming publishing professional, send it to AYAPLit AT gmail.com and put "Ask a Pub Pro Question" in the subject line.

Tightening Prose, Antiheroes as Protagonists, and Romance in YA -- An Ask a Pub Pro Post 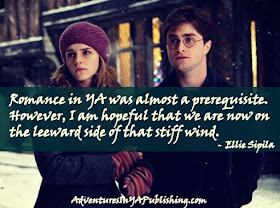 Reader Question 1) I've heard that writing a screenplay can help a writer improve their plotting for a novel as the pacing has to be so tight for a screenplay. Do you know anything about this and what advice would you offer?


Great question. Here is a little known fact about your friend Ellie (otherwise known as Kat Hawthorne): I wrote the screenplay for an online RPG called Fearless Fantasy. (SHAMELESS PLUG, here's the link). Let it be known that I had never in my life before this written for the screen. So when the creator of the game approached me with the concept and asked me if I could write a story around it, I thought…okay, no problem. I’m a writer, I can do anything. Frankly, I thought it would be a simple task. I mean, there is no need to even write tags, dialogue, action, or otherwise – that’s like, less work. All you have to do is tell a story through the character’s words. Easy, right?

Screenwriting is very different from prose writing, just as poetry writing is different from prose writing. The most challenging part of writing for the screen for me was learning to trust in the animator (or actors as the case may be). You see, I had my own ideas about how the characters should say a thing, the inflection and intonation, but those ideas did not always gel with the way the voice actors thought they should be said. I could not direct that but for a little in the screen manuscript, though of course I had full control over that in my prose writing. This was a strange and frightening revelation for me. That, in my opinion, is the greatest difference between writing prose and writing for the screen. You can write the bones, but the fleshing out is up to someone else.


Also, if anyone has read my work (HAVE YOU??) you will know that my style is very literary. I like to describe things, often in great detail. But…not only does this not work in screenwriting, it is flat out discouraged. Actors are paid handsomely to put the words into context., the director has an opinion too. The writer must let them earn their keep. The writer is not the most important one in the screenplay equation.

If you really want to tighten your prose, write poetry. Or better yet, write flash fiction – now there’s a challenge! Write a complete story with a fully formed arc in exactly 97 words. Then, take that mentality to your novel manuscript. As an editor, I am well known for my ability to reduce an 80k word manuscript to a 60k word one. I am dead serious. Dialogue tags are not often needed. You can often use an action to both give some life to your scene and to name the speaker. Seriously, try it. Rather than saying, “he said” at the end of a phrase over and over, show the character doing something. Two birds; one stone.

“Why, that’s ludicrous!” After reading Ellie-Kat’s comments on the Adventures in YA blog, the reader slammed the book closed, causing a great waft of dust to slip up his nose. He sneezed once and then again, the force of which reopened the book. “What do you mean I shouldn’t use ‘he said’ so much? That’s, like, a staple!”

2) I'm writing an historical novel and am considering using a timestamp at the beginning of many scenes as the novel spans quite a bit of time. Are there guidelines for how I should or should not use them? Is it acceptable to write the time in at the beginning of a scene like this?


Interesting question. I have seen this done before (for example, Erin Morgenstern’s The Night Circus features the time stamp at the beginning of each chapter, as does Eleanor Catton’s The Luminaries – both arguably quite successful books!) but to be honest…as a reader, I don’t always grasp the importance of the dates, particularly if there is a degree of jumping ahead and jumping back in time. The dead honest truth is that numbers are not my forte – they don’t tend to stick with me. I can’t even remember my own phone number. I imagine I’m not alone in this. (I’m not alone in this, RIGHT?)

This is just my opinion because there is technically nothing wrong with including time stamps as you’ve suggested. But…unless your manuscript is in journal format, I would personally prefer a character to mention the time jump somehow – have it worked into the narrative. Of course, your particular manuscript may be perfectly suited to time stamps, in which case you should definitely use them. So to sum up, it depends on the context, but use them knowing that they may not stick with every reader (AKA, don’t depend on them to get your message across. Guaranteed at least a few of your readers will miss the point).

Sorry this is not a particularly definitive answer.

3) How difficult do you think it would be to sell a YA that had no romance thread whatsoever?


You know...it's no secret that I am not a fan of romance. I find it very exciting that authors such as yourself are considering moving away from the worn out mandatory kissing scene in your YA manuscripts. High fives all around. That said, as with many other genres, YA readers expect at least one mushy scene in their books. Therein lies the problem.

The current trend is definitely toward romance in YA. However, there are some wonderful YA books that don’t have any included, such as James Dashner’s The Maze Runner, and Markus Zusak’s The Book Thief. It’s possible, my friend, though perhaps yet a little cutting edge.

In honesty, for a great long while, romance in YA was almost a prerequisite. However, I am hopeful that we are now on the leeward side of that stiff wind. The times, they are a-changing (much to my infinite glee). I think, if your story is strong enough, you can scrap that concept of mandatory romance in YA altogether. And then when your book publishes, as a non-fan of romance, let me know because I want to read it. :D

4) I'm considering an antihero as my main character for my new WIP. Do you know of any YA novels with an antihero that you could recommend I read?


Um, well... Joe Abercrombie’s recent Shattered Sea trilogy (considered YA in the UK but unfortunately classed adult here in North America) features several characters back-stabbing one another (literally and figuratively, of course, as is common in Master Abercrombie’s work) including the main characters, who may or may not be “heroes” of a sort. Kinda depends on how you look at it. These are a little gory though and there is some questionable language used (though not much in these particular books), so if you’re not in the mood for that, keep looking. Consider yourself warned.

I’m not sure how you’d classify this, but if you were to look at any DC comic book, you’d find several fine examples of antihero as protagonist, and many of these were written for the YA-aged reader. Okay, maybe not any one of them, but many of them feature characters that are not at all against the idea of revenge or vendetta, and the readers are right there alongside them. You may be breaking some new ground with this concept, and indeed your challenges will be many, most specifically writing an effective antihero that your readers will like and that they will connect to. But I don’t think it’s impossible. Actually, I think it sounds rather interesting.

I say go for it. And again, when you’re done… 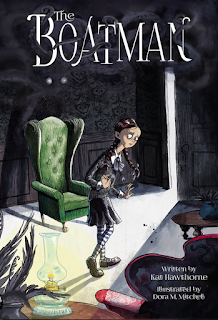 Isabel Wixon is weird. Not only does she see dead things, but her list of friends consists of a talkative ventriloquist’s dummy and the gentlemanly spider that lives in her hair. Real friends? Too hard. Inventing friends is much easier.

Inventing the Boatman—a terrible monster that lures kids into a strange sleeping sickness and never lets them go—probably wasn’t one of her better ideas though. 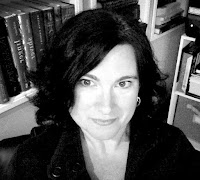 Ellie Sipila attended Ryerson University for copy, stylistic, and substantive editing and then went on to earn a specialization in editing books intended for young people (picture books, middle grade, and young adult). She is a member of the Editors' Association of Canada and the Society of Children's Book Writers and Illustrators. Under her pen name, Kat Hawthorne, Ellie is a multi published author with two novels, eight pieces of short fiction, four poems, and one screenplay out in the great wide yonder.

Ellie has the great joy of being a house editor at BookFish Books LLC, though she is currently on a short term sabbatical to chase her dream of being an in-house editor at Fitzhenry and Whiteside Limited. There, she whiles away her hours reading submissions, substantively editing contracted manuscripts, and trying not to drool on her keyboard so astounded is she that she has landed such an awesome job.

Oh, and she's also a wife, a mom, a cellist, and an all around geeky chick.